Whiplash is a hyper-visual utility gimmick that will let you vanish, transpose, and transform cards. Learn Josh Janousky's signature routine with the Whiplash gimmick: Whipped Across, his take on the cards across plot. Cards visibly vanish and reappear one by one at the fingertips, the final occurring in a spectator's...

Indexpress 2.0 its build with a brand new material! It will last a lifetime!

Imagine if you could find any billet, secretly, in one second: now with Indexpress 2.0 you can. We developed an index that has all the best features of previous indexes combined and much more. Also, includes a full explanation of "The Invisible...

Maybe you think packet wallet is not a big deal for card magic, but we don't think so.

Actually, the shape, color and details of the wallet has an influence when you perform packet tricks. It can be compared to a big illusion; your assistants' appearance and performance has a big affect in your whole show. 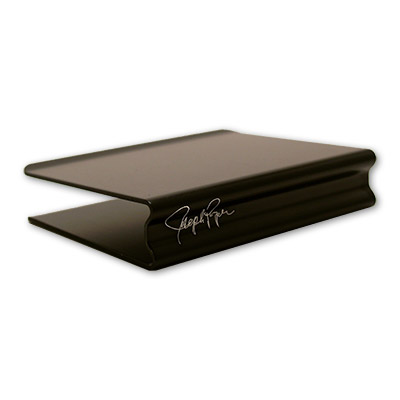 Joe Porper invented the card clip. During his absence from magic, several dealers tried to make clips like Joe's but they simply didn't work. Joe's original was cut from a solid block of metal, not bent over to create the necessary shape. Now Joe has re-engineered this simple device to protect a deck perfectly. By pulling the... 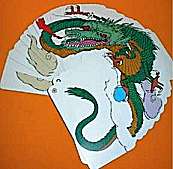 Display the cards in a fan and show the faces as in a standard deck. Fan again and the faces have vanished; just white paste-boards!. Now the faces reappear.

Next show the backs and each time you fan the deck, the color design changes. Once again you show the fronts and now the faces have changed to a weird series of colors. Fan... 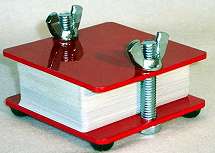 This is to clamp manipulation cards while they are not being used. The cards become bowed from the pressure of back palming. When put under pressure in the clamp, the cards become flat again. This lengthens the life of the cards considerably and makes them fan better. 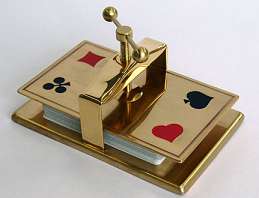 The most elegant device to keep your playing cards pressed flat. 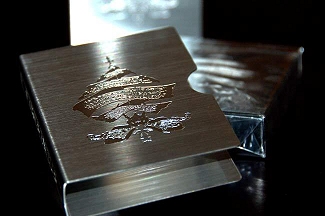 A high-end, professional grade card guard that will increase the life of your playing cards while looking as sleek as can be.

IMAGINE the looks you'll get when you pull one of these out. The professional card holder is finished with an intricate, laser-cut engraving of the Arcane Edition Ace of Spades and the elegant & mysterious... 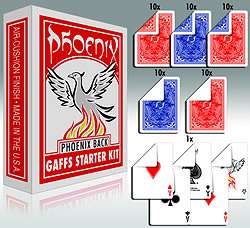 Here is an assortment of all the Phoenix Gaff Cards 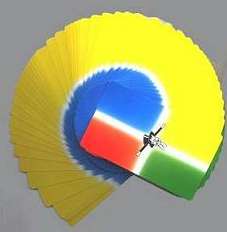 Our Thin Fanning Cards are a favorite with Japanese manipulators. 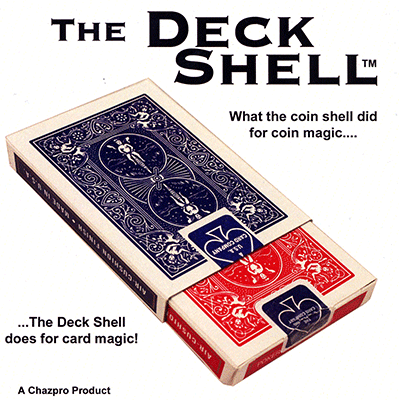 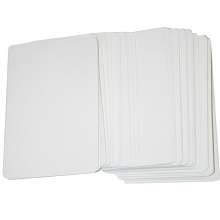 These cards are blank on both sides.
You get a complete deck of 52 cards

Jumbo 14 of Spades by Netmagicas


This is a GAG Card and you can use it in different ways in your show.

Put the GAG card face down over the table and tell to the spectator that it is your prediction. Give the deck of the cards to another spectator and asks to choose a number between 10 and 20. Count the number of the cards that represents the chosen number (Putting... 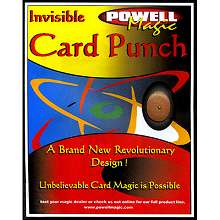 With the Invisible Card Punch you will be able to achieve amazing card effects by making a small bump on any card. You can now mark cards before performing or secretly mark a card anytime you wish, right in front of the spectator's nose. By placing a small amount on the reusable adhesive Handitak also known as Funtak on the back of the... 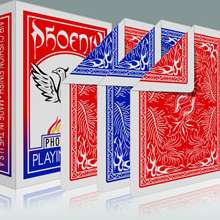 
The Phoenix double backed Deck contains what it says: a complete deck of Phoenix playing cards with backs on both sides.

Available with red both sides, blue both sides, or red one side and blue on the opposite side 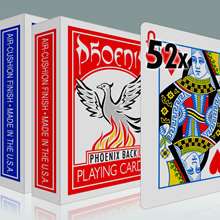 
A complete deck consisting of all the same playing card. 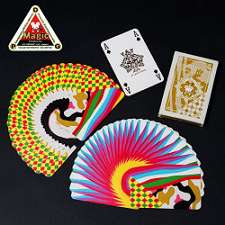 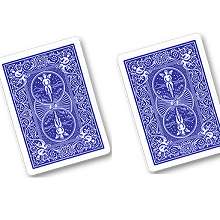 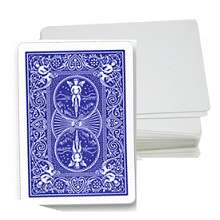 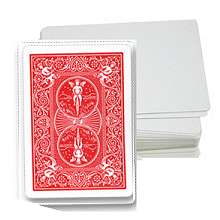 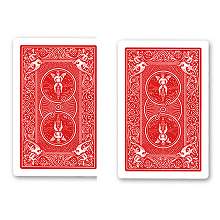 These cards have a red back on both sides.
You get a complete deck of 52 cards