Everything you ever wanted to know about the marked deck but were afraid to ask!

Just think of the power you would have if you could find any face-down card in a shuffled deck in three or four seconds. What would you do? Yes, miracles!

All of the most amazing effects that Boris Wild has ever created with his...

Do you enjoy performing well thought-out card tricks? Bada-Bing! Ryan Matney is back with eleven all-new card tricks structured for the real world.

Every item features the thoughtful construction,...

This 31 page booklet contains 5 essays, each including a trick that uses the effects as examples to illustrate the various concepts.
One Two Twos Sandwich, Hold the Selection Please - A sandwich effect with a twist, and a beautiful flourish that teaches why a show of skill is not always a hint to method!
Neoteric Signed...

Quickfire - Five 'Hit and Run' effects for the close up performer!

Four quick, visual and impromptu card effects with an ordinary deck plus a 'SIGNED BILL TO MARKER CAP' effect that is as easy as it is practical. These are effects that YOU WILL USE! 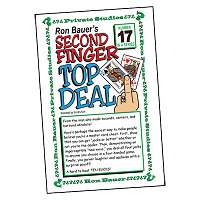 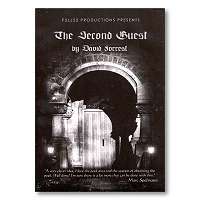 A deck of cards is removed from its case and handed to the spectator for shuffling. It is a genuine, unmarked deck – not gimmicked in any way. The spectator shuffles the cards until he is satisfied and then holds on to them – the performer doesn't touch them again. Drawing attention to the card case, the performer fairly shows...

A fantastic effect that can be performed at any time with a borrowed deck. It's a perfect piece to have in your arsenal. You can present this to one person or to an entire group. A packet of cards is shuffled, and a card is selected and returned. The magician tries to find the card, but to no avail. Proving how difficult the feat is,...

Tidbits and Touches by J Tank

Tidbits & Touches is an indepth look into the mechanics for everyday magicians. Answering questions such as How many shuffles? or breaking down the finer details on double lifts, wrist wrangling, or finger flinging. This is an apprenticeship into a magician's intimate workings and handlings.

Double Your Pleasure by Chad Nelson

A New Method for Turning a Borrowed Deck of Cards Into an Automatic Killing Machine!

Docc Hilford has devised a simple yet highly effective system that can be applied to any borrowed deck of cards in minutes, making the free selection of any card or pair of cards instantly known! Here are just a few of the effects possible:...

Best of All Worlds

Filled with history, stories, and, most of all, magic, Best of All Worlds pays tribute to one of...

Written by Alfred Trumble and first published in 1882, Faro Exposed was a landmark book on America's favorite crooked card game. It explains the origin, rules, and history of Faro, as well as the sophisticated methods used by card cheats to beat the odds.

David Solomon is one of the nation's most prolific card veterans, accumulating fifty three years of questioning and challenging magical thinking-always striving for the most interesting and fooling methods. From the last ten years of publishing more than 100 tricks online, in magazines and in DVDs comes a "must have" compilation of some...

Master the art of illusion with this collection of 183 easy-to-learn card tricks, accompanied by 197 illustrations. Drawn from two popular books by the bestselling magician, it's perfect for amateurs - and professionals who want to increase their repertoire. Mystify friends with everything from shuffle setups to card telepathy, using...

RELAXED IMPOSSIBILITIES is what result when an acclaimed master of card magic sets out to explore how advanced sleight-of-hand can be made far easier to attain through a perceptive study of economy of action married to efficient placement of cards. By applying a lifetime of study and ability, world-respected expert Ken Krenzel has...