Halloween fright nights are back! Screams at Midnight playing cards celebrate the creepy, fun monster movies of the past. Devilishly delightful creatures adorn the back design. Just like many of your favorite horror flicks, these cards use 3D technology to make the monsters jump right out at you when you wear the included glasses!

The meaning of the word, Arcadia, is a state of perfect harmony in nature. This deck draws inspiration from this concept and presents an idealized vision which is often depicted in Renaissance art by shepherds herding their sheep in untouched wilderness.

The meaning of the word, Arcadia, is a state of perfect harmony in nature. This deck draws inspiration from this concept and presents an idealized vision which is often depicted in Renaissance art by shepherds herding their sheep in untouched wilderness.

The Moon Playing Cards by Bocopo

The Moon Playing Cards is inspired by the moon, which is the closest planet to the Earth. We used a lot of light gold to restore the beauty of the moonlight at night. And the main feature of the design is that its face cards have no suits and numbers, the artwork has been designed in a way to improve the effect of cardistry in action.

Introducing WORX by CardCutz. Over a year in the making, WORX has come to fruition and can be yours NOW!

Featuring bold and visual 3D graphics on the face & number cards and an industrial back design, this deck is perfect for all your card needs. The visually striking 3D artwork along with the mechanical cogs and wheels...

This is the breath-taking deck of the year! You may have seen De'vo's previous decks on a large variety of television shows to include Stan Lee's Super humans.

Most recently De'vo's Chrome Kings Deck (funded on Kickstarter) was featured on Dude Perfect with Rick Smith Jr. (has over 144+ MILLION VIEWS). De'vo's... 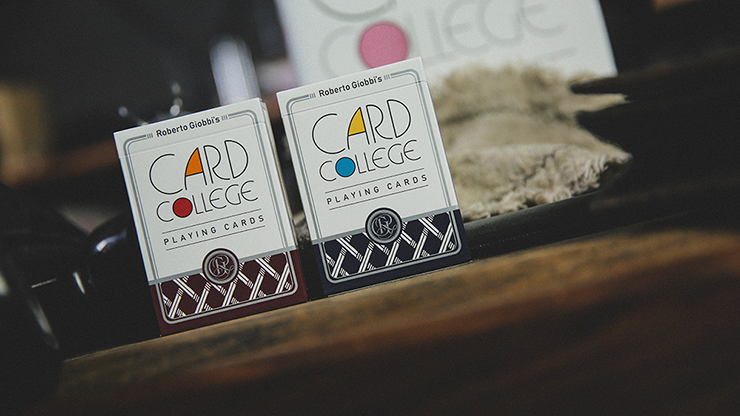 Roberto Giobbi is the author of Card College, a five-volume work considered worldwide as the standard text on sleight-of-hand card magic. He is fluent in six major languages and performs internationally for private...

Inspired by old engravings and fairy tales about mysterious magic castles with dragons and the strange creatures that inhabit them, we've created a custom deck of playing cards: "Dark Kingdom". The dark design alludes to mystery and power and was developed by the artist E.Zhade.

The magic of the night attracted curious...

This deck was designed for everything from Poker, magic, card collecting, XCM and card throwing! A special stock was created specifically for Falcons by the United States...

In spring 2018, Bond Lee produced his first deck of playing cards FANTAST, all 2500 decks were sold out. Now we are proud to present the 2nd generation this beautiful playing card, FANTAST GOLD.

Collaborating with MS Magic Production, this deck is printed with the air-cushion finish. The outstanding quality guarantees a smooth handling for everyone.

To the ones who own this deck: we hope you can pursue your dreams courageously.

The design originates from a butterfl...

According to Irish legend, if you are lucky enough to capture a Leprechaun you can barter for his treasure. As a child I was fascinated by these little men that stand about as tall as a three - year - old, pinch you if you don't wear green on St. Patrick's Day and hide gold at the end of rainbows. I have wanted to create a deck based...

Designed with cardists, magicians, collectors and ramen lovers in mind, Noodlers Playing Cards will hopefully make you hungry for more.

Printed by the USPCC on crushed stock with linen finish. The first in a series of "flavors" to come.

The most complete marked deck on the market has arrived!

We welcome our Resilience Blue deck. The new tool for magicians and mentalists with which they can take their magic to the next level. Our playing cards have the MOD System with 10 different marking systems.

A top quality deck manufactured by the USPCC and Gamblers...


Love to practice, but hate ruining expensive or your favorite decks?
Lakeside Casino Playing Cards are the perfect solution. The casino grade quality, and Bee finish feels wonderful in your hand.

Or do you collect Casino Playing Cards? Includes windowed tuck and offset seal that U.S. Playing Card company no longer...

This is the first high quality, fully custom, hand illustrated deck of Three Stooges Playing Cards ever produced and made available to the public. Officially licensed by C3 Entertainment, these collectable playing cards commemorating comedy film & TV legends The Three Stooges were printed in the USA by the United States Playing Card...

"PLATINUM LORDZ BY DE'VO" is THE breath-taking MUST HAVE DECK OF THE YEAR!

This incredible deck has taken a bold new approach to the artwork for this very special version. This is the sequel to the original Lordz decks. The decks are Printed by the USPC with intricate artwork by De'vo, world class stock and finishes,... 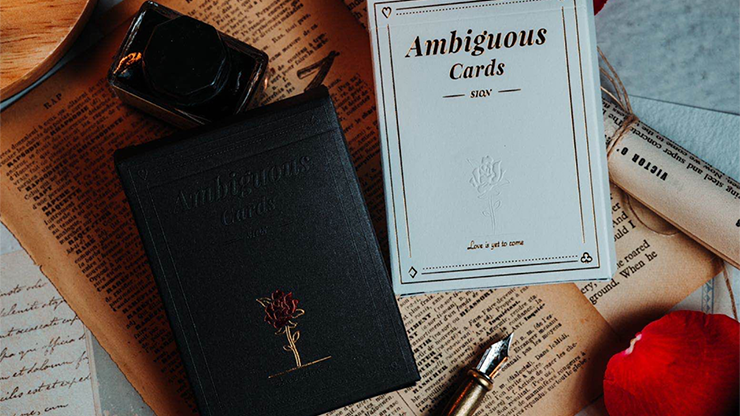 
Ambiguous Deck Set is designed by a special and talented mentalist whose name is Sion.

From the moment you take out the cards from tuck box, you can feel it's extraordinary. The Tuck box of Ambiguous (Black), sold separately, is gilded with red roses, which show the word 'Ambiguous Deck' with a sharp convex...

The Game of Spades "Expert" Deck is the deck all Spades players have been waiting for! This premium playing card deck has all 54 standard cards allowing the deck to be used for any card game, but has been specifically designed for playing Spades!

Wondering which joker is which is a thing of the past, and the trump suit Spades... 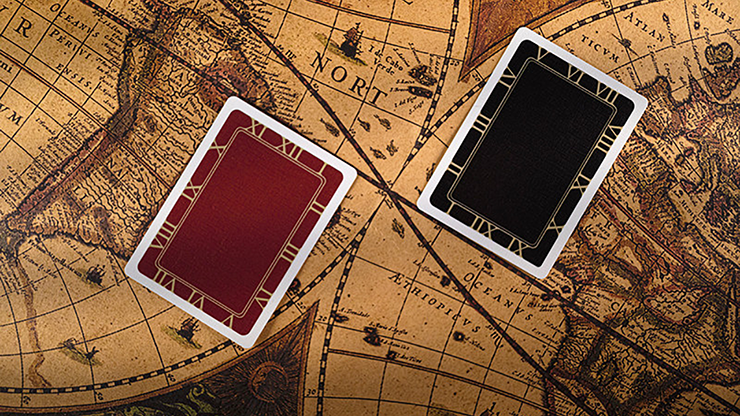 The marking systems are totally different from any other...

Take a break. Indulge yourself in the Tropicana Teal oasis of Cherry Casino Playing Cards.

Dip your fingers into the deck and experience the intensely gratifying feel of the thin crushed Bee stock.
Let...

A Titanic inspired tarot deck designed to symbolically finish the voyage that started over a hundred years ago.

With this deck you'll receive 78 custom illustrated cards. The cards will be 70mm x 120mm and printed on 350gsm premium stock.

All decks will come with a 100 page booklet that is packed into a two piece rigid...

A Titanic inspired tarot deck designed to symbolically finish the voyage that started over a hundred years ago.

With this deck you'll receive 78 custom illustrated cards. The cards will be 70mm x 120mm and printed on 350gsm premium stock.

All decks will come with a 100 page booklet that is packed into a two piece rigid...

11th Hour Playing Cards are a perfect collaboration and melding of the minds of Emilysleights52 and Bill Davis Magic. This deck of playing cards represents the limited time we all have left and what we intend to do with it. With Emily's vision of time running out and Bill's fascination with the time 11:11, they created this...

Lady Moon is the archetype of The Triple Goddess and is an expression of the divine feminine throughout the phases of her life. Discover her story in every part of these playing cards.

Beautifully illustrated by Kelly Thorn in Brooklyn, New York, and produced with awe-inspiring detail by Art of Play. From their testament to...