False Anchors Playing Cards is a unique worker deck created by Ryan Schlutz. The design embraces his False Anchors philosophy of hiding in plain sight. The tessellated anchor pattern may look innocent, but it hides some diabolical secrets.

In addition to the custom back design, the False Anchors Playing Cards...


The purest card for magicians and cardistry.

Pure's color is more stable and restrained, and its fans are more layered.

This is a deck you'll be thrilled to use and display to your audience.

Polaris is a celestial-themed deck with modern woodcut-style illustrations. This 4-color deck is perfect for poker, bridge, or any other standard card games. For magicians and cardists, the borderless back design looks amazing when fanned!

Perfect for tricks where you magically SPELL something. Spectators love seeing their names spelled out! Be creative!

Perfect for tricks where you magically SPELL something. Spectators love seeing their names spelled out! Be creative!

The Planets is a collection of decks representing the planets in our solar system, starting closest to the sun and moving outwards into the surrounding universe. The second deck of this series is Venus, featuring an all-female court.

The colors are magnificent - both the tuck box and the deck itself.

This deck will produce looks of fascination.

Cina Playing Cards is a completely redesigned deck of playing cards with collaborative art by our talented friend, Michael Cina. The illustrations on the cards have been redone; from the tuck case to every symbol, court card and even the typography.

It has beautifully colored... 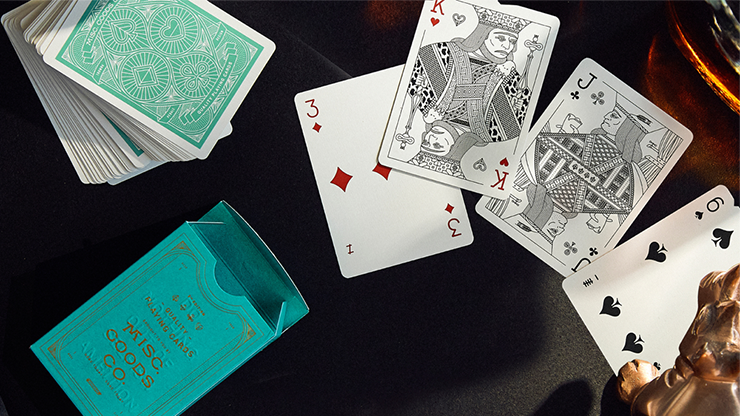 
The MGCO Green Playing Cards is a completely redesigned deck of playing cards. The illustrations on the cards have been redone; from the tuck case to every symbol, court card, and even the typography.

The red colored pips for Diamonds and Hearts form an intriguing contrast with the black design, particularly with the court...

Living in Arizona since I was a child, I have always been interested in the historical characters that created a life in the harsh environment of the Wild West. I remember my parents taking me to Tucson, Arizona to see the Old West shootout reenactments and the old towns. I also enjoy Westerns and movies...

Living in Arizona since I was a child, I have always been interested in the historical characters that created a life in the harsh environment of the Wild West. I remember my parents taking me to Tucson, Arizona to see the Old West shootout reenactments and the old towns. I also enjoy Westerns and movies...

The follow up to the 2017 Cardistry Deck of The Year is HERE! WTF Cardistry 2 Spelling Deck not only transforms visuals, it can also spell any word!!!

The INSANE WTF Cardistry deck has taken the world by storm - the original went on to win several awards to include The United Cardists Deck of the Year Awards in the "Best Deck...

Feel the medieval spirit as you use this deck!

The design for the Fury... 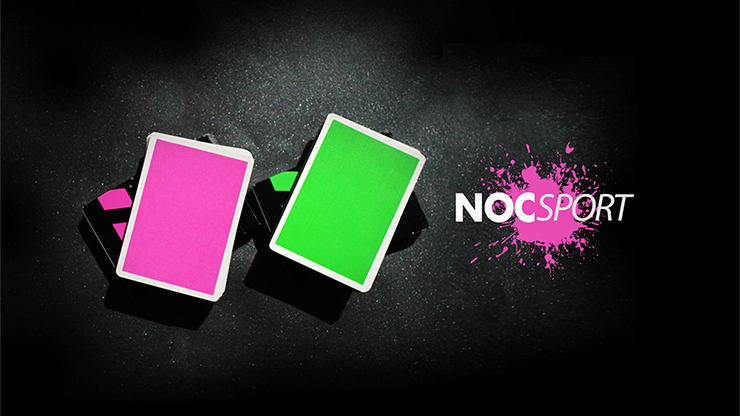 
A deck that's marked for the different suits! And with a beautiful color back!

Since 2012, simplicity and elegance have defined the NOC series. With each edition, we strive to make it better and better. Teaming up with USPCC, we believe this is our best version yet! These playing cards are MARKED for suit - that's right -...

Do you play Euchre yet?

Green National Playing Cards is made in the USA using FSC-certified paper derived from sustainable forests, vegetable-based inks, and starch-based laminates. They're green - and eco-friendly!

Shielded in Gold and Green Foil
Green National Playing Cards was inspired by mystery and... 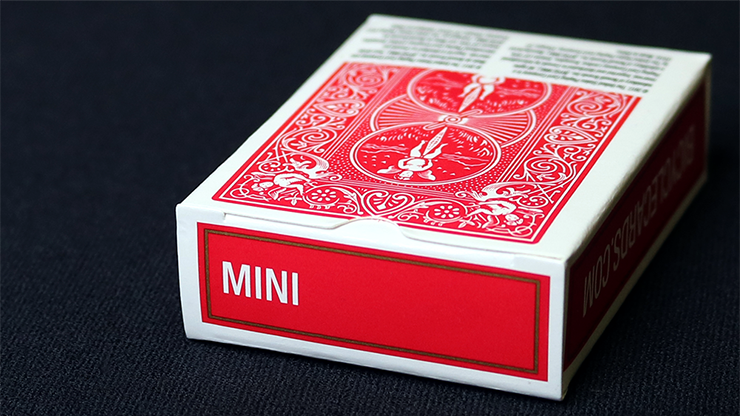 
Here's a perfect deck of cards for those times when you'd like to use a smaller size, yet in perfect proportion! These are great for card magic predictions and other effects as well.

This is a marvelous deck for magicians and all card enthusiasts.

The Silver Arrows deck has an attractive white bordered back design which is perfect for your favorite sleight of hand. We have... 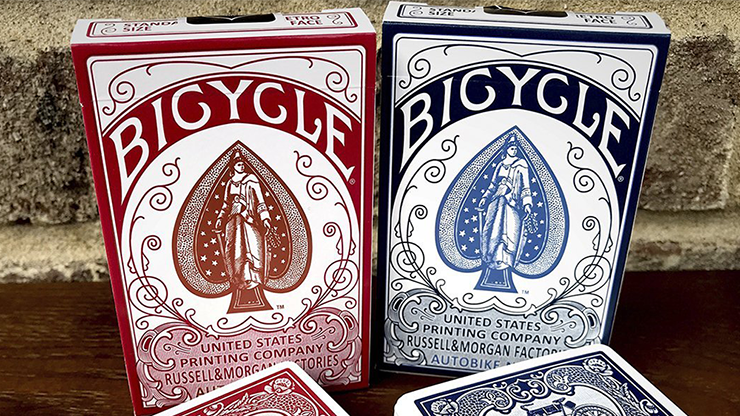 Bicycle brand celebrates over 130 years of playing card history with the reproduction of an early card back design called AutoBike No. 1.

The original deck was printed from 1902 to 1906 and produced only in red and blue colors. The tuck and back designs illustrate the intricate style of the early...

"Are you going to make more Choice cards?" Ever since the Blue Choice sold out, we have gotten that question countless times.

When we teamed up with Ben Kolozsi to create the Blue Choice deck, we had no idea they'd create such a splash. People admired the design and especially loved the feel. Rather than just doing a reprint,...

"A-GLO Playing Cards" is a concept 421 Creations had worked on for several months.

This deck is printed by the USPCC on Bicycle Grade Card Stock with an Air Cushion Finish and Ultra-Violet Ink!

These mesmerizing cards are GREAT for (but not limited to):

The Bicycle AVES Uncaged Playing Cards is a limited print run through USPCC (United States Playing Card Company) on luxurious Bicycle card stock. This beautiful deck is hand-illustrated by Russian artist Karina Eibatova, now based out of London. Its works of art are inspired by birds of the world. 56 cards, including a full 52 card...

The Bicycle Cinema Playing Cards is coming to a theater near you! The magic of the movies is now in the palm of your hands, and what a joy it is. The look is inspired by the golden age of film, including retro film, reels, comfy red seats and projectors. Printed by USPCC and Collectable Playing Cards. It is one must have for your...

Play among the stars!

Get lost in space with this beautifully illustrated deck of cards. Bicycle Stargazer Playing Cards features designs and colors inspired by one of the most mysterious and awesome objects in the galaxy, the black hole. The tuck case brings the brilliance of the stars to life with the use of reflective silver...