The discovery of gold in the Black Hills in 1874 sparked one of the greatest gold rushes of American history. The WILD WEST: The Black Hills Deck focuses on iconic characters and legends from the Black Hills and Deadwood areas. Every element in the Cards and Tuck, except for the Fonts and Tuck Interior Map, were hand-drawn in pencil...

When the cards are spread, a marvelous picture appears!

If we had Marvel heroes' artwork here, it would be amazing, right?

The case keeps the texture of the card spread to match the name. Embossing the overlay creates a real texture.

The Marvel Avengers logo is designed to be completed by attaching three cases...

Our popular Broken Borders Playing Cards has returned with a brand-new colorway!

Born out of its dangerous predecessor, the 2019 version of Broken Borders features the iconic stripes in handsome, elegant deep green against a sexy, fresh red, with vintage-looking borders and faces reminiscent of a classic Victorian color... 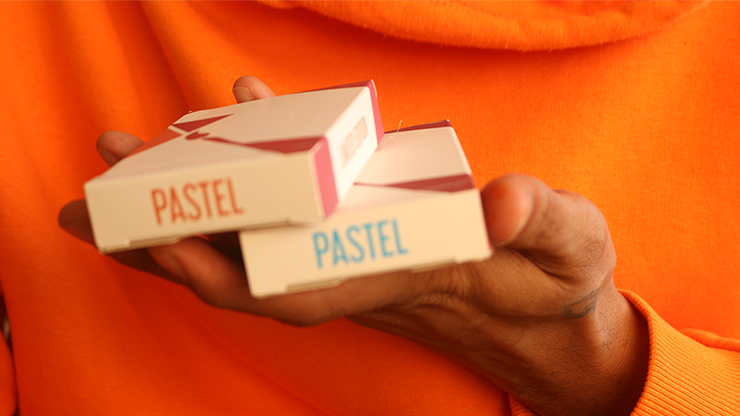 
LIMITED EDITION: Only 1000 printed! Will NOT be reprinted.

Pastel Playing Cards has been designed with the purpose of having a deck of cards that looks equally good for both magic and cardistry.

CARDISTRY: The back design makes the edges seem to connect during fans and spreads. This helps to create stunning...

Welcome back guys! Chris here. Welcome to the seventh edition. Orbits are going 80's. For this edition, the crew and I sat down and reviewed a lot of 80's art to come to this final design. We missed clean borders and wanted something more minimal than the V6 but still with the...

This "CLAW-SOME" deck features kittens with weapons, beautiful fanning abilities, world-class stocks and finishes, "HISS-TERICAL" artwork, and an amazing built-in magic trick! What else could anyone want?

A perfect gift to bring a SMILE to someone you love, or literally have them laugh out loud! A MUST for collectors, card lovers,...

Behind every performance captured on film, there is the backstory, the alternate footage... the B-Roll.
The countless hours practicing, performing and refinement of your show. B-Roll Playing Cards is a tribute to that secret side of us all.

The alternate story. The creativity....

The digi scriptures of the soothsayers foretold the end of the human race. Unrestricted technological advances would wipe us out, they decreed. And so mortal fear of AI and the rise of the robots spiraled, from which a modern-day Luddite movement emerged, intent on halting technological advancement and scuppering scientific progress. 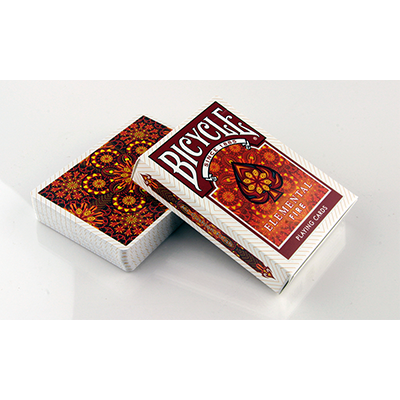 The Earth, Wind & Fire Decks by Collectable Playing Cards is the most famous Elements. These elements are what brought us here and what is keeping us alive. Each one intertwines into each other. One can not live without the other. Be sure to own the whole collection in order to survive. Printed by USPCC. The patterned design along with each...

This is the cliff of the civilization. The land of the gloom where humanity is under threat. Here evil lurks in the shadows, stalking the prisoners of the night. It is the world of the desperate where the only hope left is Hybrid - a valiant outlaw and the only apotheosis of illumination to be found. Gritty and raw with its superhuman...

In the midst of the deepest, darkest part of the ocean lives some of the most beautiful, fascinating and merciless creatures - sharks. With fifty-two unique fact-filled card faces, Bicycle® Sharks Playing Cards explores what mystifies us most about these creatures of the deep. Perfect for encouraging learning, exploration, and fun!...

After over a year in the making, UK Magic Studios is proud to present the Blue Skye Playing Cards.

In 2017, an optical illusion was unleashed on the world by the creative mind of Victoria Skye. Based on a classic illusion, her take on the Cafe Wall went viral on Facebook and in the press. With millions of likes, shares and...

Not all ninjas have to hide their weapons.

Inspired by rapidly spinning shuriken, and to be a 21st century shinobi.

Any tiny mistake can be deadly for a ninja. We worked directly with the printing factory to bring you a perfectly aligned design, printed...

The first release of Cardistry Calligraphy at the 2017 Cardistry-Con in Los Angeles, quickly sold out at the conference. As its name suggests, it celebrates the beauty of calligraphy. In addition, this feature makes it the perfect choice for cardistry, as flourishes and other effects look elegant and eye-catching when using this...

In the presence of the dark, there are those who find the city to be a wonderland of opportunity. To street artists, this urban playground is their canvas, the streets are the escape routes and the veil of night is their protection.

Looking for a deck that produces beautiful fans? Or great for cardistry? You've found it!

Includes a blank card + a duplicate for magicians

Wander in wonder o'er the wild blue yonder. We walk a land without end from green meadows to the bend.

FLOW (Deck of MACC) by BOMBMAGIC

In the magic and cardistry community, the most important thing is the "FLOW". There is the spirit, like the natural FLOW, to make your flourishes look great. Magical performances must also FLOW, requiring clean effects and sleights. We take that part of the spirit in the community as...