There are 6 bullets in a gun, 6 cans on the table. Can you guess which is going to fire? Do you feel lucky?

A very funny russian roulette performance by Titanas. This time your risk is not your life but if you get wet or not. 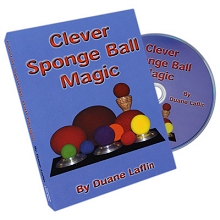 Begins with a complete sponge ball stage act. Following the routine you learn basic sleights such as the thumb palm, mash move, and retention vanish. After that is a series of individual routines including perpetual balls, balls to pocket in color, big ball ending, sponge balls close up and in color, hop skip and jump, and double growing... 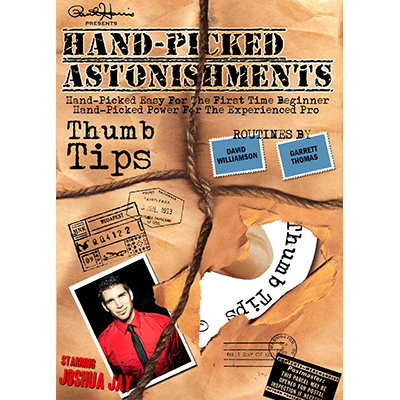 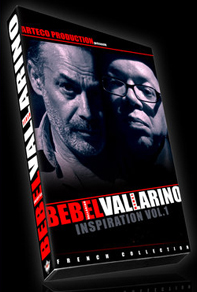 Inspiration DVD is Bebel and Vallarino's take on some classic tricks from Ed Marlo. First, they show the original version described by Marlo. Then, they discuss and brainstorm on how to improve the original trick to come out with a newer version.

This is also one of the unique opportunity to watch one of the best card magician...

You'll find a sponge ball routine in almost every close-up performer's repertoire and in this volume, you'll discover a virtual encyclopedia of sponge ball magic. Routines from thirteen of the best sponge ball workers of all time have been collected in one place for the first time, making this DVD the most comprehensive reference... 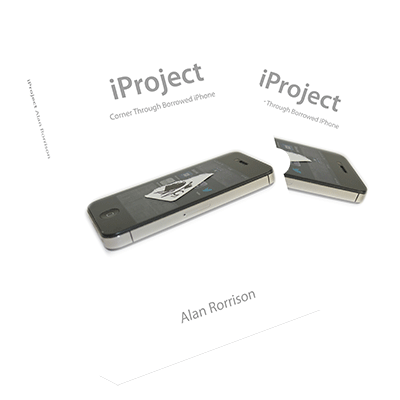 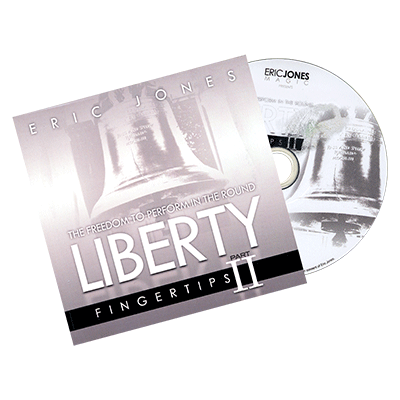 The Freedom To Perform In The Round

Tired of "angly" magic? Liberate yourself from the persecution of bad magic and find independence with Liberty: Fingertips Part II

In 2007, Eric JOnes released a set of lecture notes intended to be an homage to his idol, Stevie Wonder. The notes included magic targeted... 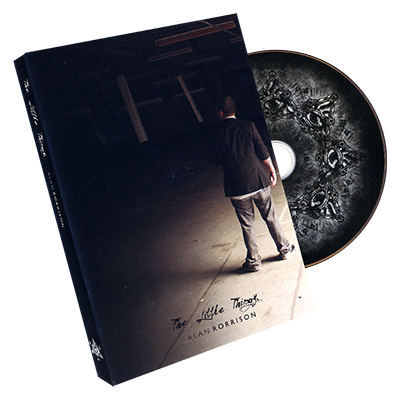 Hello and welcome to the little things Volume 1. In this DVD set Alan is offering some his most visual, hard hitting pet effects. On Volume 1 you will get:

Through: An easy to make gimmick that will allow you to pass any object that will fit into a folded bank note, through it. Clean direct and simple. And if you really want...

Welcome to a brand new style of Rubber Band Magic.

You will find a collection of revolutionary new plots and techniques. Throughout you will learn some awesome visual magic. Within a very short space of time and with minimum practice, you will be Banding Around.

Join Russell Leeds as he teaches you the tricks... 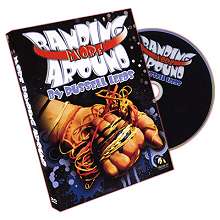 Russell Leeds is back with 'More Banding Around'! A follow up to his original best seller, 'Bnding Around' this shows you how to incorporate simple props into your rubber band magic and take it to the next level using new concepts and amazing new routines. 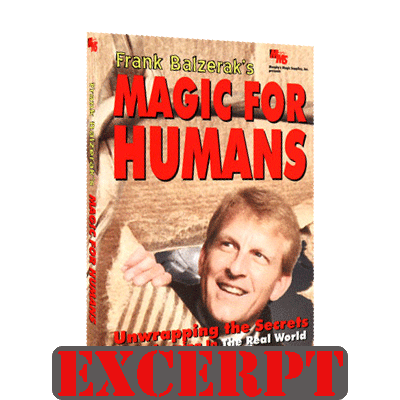 Unwrapping the Secrets of Performing in The Real World!

This DVD gives you the opportunity to watch and learn the material that has kept professional close-up magician Frank Balzerak in constant demand with companies like: Bank of America, IBM, Nabisco, Ford Motor Co., Charles Schwabb, Frito...

A quick, visual and very magical ring and rope routine full of penetrations, cuts and restorations 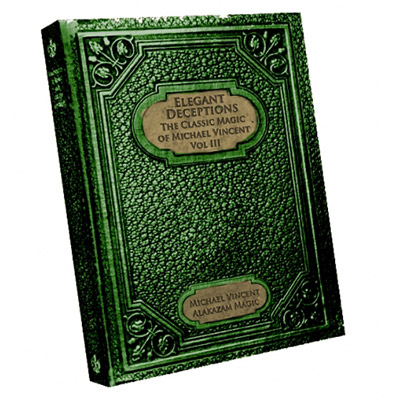 Volume 3 continues with the same intention as Volumes 1 and 2 - that is to transform the learning of magic through the medium of DVD. Over the last year, Michael Vincent has broken new ground in merging the DVD medium with his dynamic teaching...

For the past twenty years, Andrew Normansell has made his living performing Magic for some of the most prestigious companies both in the UK, abroad and is a regular on the UK comedy club circuit, one of the most demanding arenas for any performer. Now for the very first time, Andrew reveals some of his best kept secrets along with the... 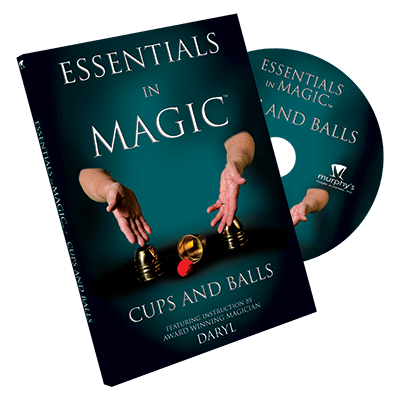 
This DVD focuses on Cups and Balls, an amazing magic effect, that is easy to do! In it you will learn... 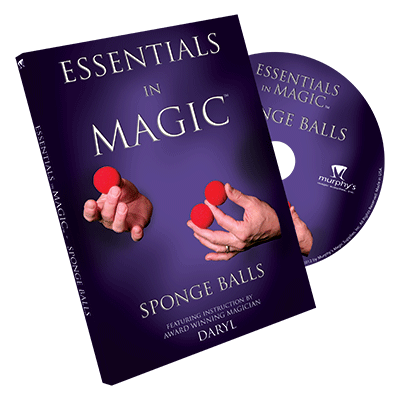 
The Essentials in Magic™ collection gives you the opportunity to enjoy one-on-one instruction from Daryl, the Magician's Magician™. Internationally known and respected as one of the world's finest teachers of magic, Daryl personally mentors you through clear, easy-to-understand video segments and helps you to develop and perfect... 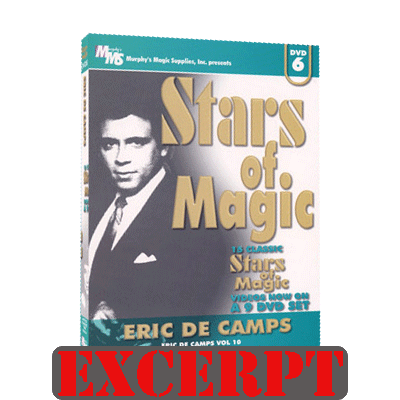 Performance and Explanation of Ring And String Routine from Stars of Magic DVD # 6. 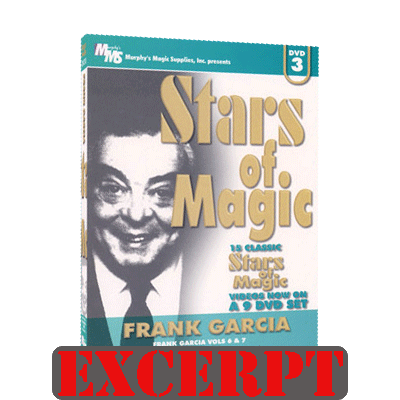 The only broadcast-quality video available from Frank Garcia. Respected as one of magic's all-time best performers. Learn to perform Frank Garcia's Sponge Ball Routine. This individual trick is from Stars of Magic Volume 3 with Frank Garcia DVD.

Ever since the Chop Cup was invented by magician Al Wheatley (whose stage name was Chop Chop, which is where the trick derives its unusual name) in the early 1950s, magicians have devised increasingly clever ways to use it. The basic one-cup one-ball approach to the classic Cups and Balls has held the fascination of magicians through...

If you could have one set of magic DVDs, this would be it! This benchmark collection features just about all of magic's most enduring and classic effects and routines. It's a fabulous compendium with many of the top masters in the world of magic teaching their handlings and routines for some of magic's classics. Each volume...

If you could have one set of magic DVDs, this would be it! This benchmark collection features just about all of magic�s most enduring and classic effects and routines. It's a fabulous compendium...

The effect that is commonly referred to as Gypsy Thread was first introduced into the literature of magic in 1584 by Provost and ever since, magicians – and presumably their audiences – have been fascinated and enchanted by the simple yet profound concept of a simple strand of thread being broken into small pieces and restored at the...

No one knows who invented dice though the oldest known dice were discovered as part of a 5000-year old backgammon set. Dice used as conjuring props is of decidedly more recent vintage with one of the earliest records being Hofzinser who used mispotted dice to force a number as early as 1842. However, the allure of these simple six-sided...

Though conjuring effects with finger rings have been part of the conjuring literature for quite some time, it was British magician/mentalist Al Koran who first conceived of the notion of a borrowed finger ring vanishing and reappearing on one of the hooks of a key case. Ever since, this effect has been a staple of magicians' repertoires... 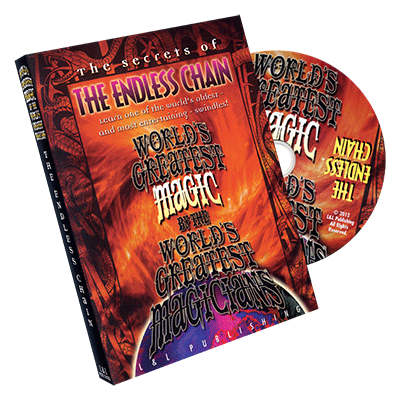 The very puzzling and entertaining con game known as the Endless Chain has its roots in an old Gypsy swindle from the 1500s called "Pricking the Garter." It was subsequently adopted by magicians in the 1800s and has been used to delight, captivate - and humorously frustrate - audiences to this day.