The Common Core Rope by Tim Rose was inspired by the time tested rope with four ends. Realizing the effect had limits and the patter was dated, Tim created the version as seen in the video demo. The effect is heightened by allowing the performer to show two completely separate ropes!

The "no way" factor comes from the flash... From France comes F.I.S.M. World Champion, Francis Tabary-the greatest Rope Magician in the world!Tabary's innovative effects, methods, and techniques are unsurpassed in the realm of rope magic. He has elevated rope magic to such a high level...

On this DVD, you'll find seven different approaches to the Ring on Rope from six masters. Aldo Colombini begins and ends this volume with two distinctly different and decidedly Aldo-esque routines. The first combines a plastic ring, a length of rope and some great gags into a routine that will amaze and entertain just about any... 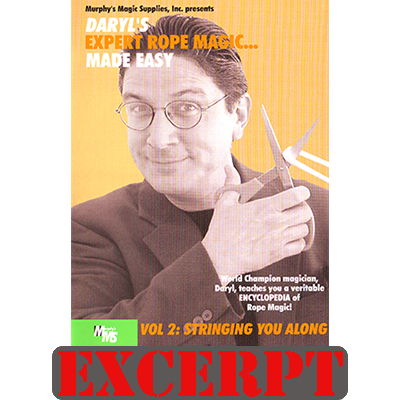 Excerpt from Expert Rope Magic Made Easy - Vol.2 by Daryl 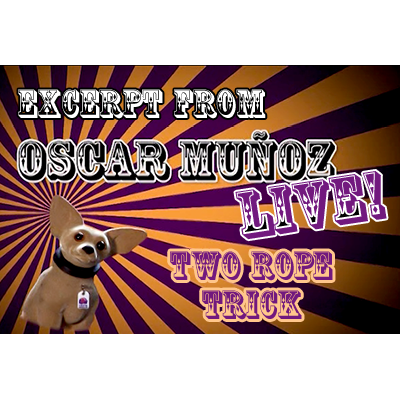 This is a practical multi-phased rope routine based on the original "Sand-Sational" from George Sands. It begins with an amazing production of "ends" of the rope, and then transitions into a beautiful two-rope sequence. As ever, Oscar takes you through the routine step by step, giving all the nuances and touches on how to present this to... 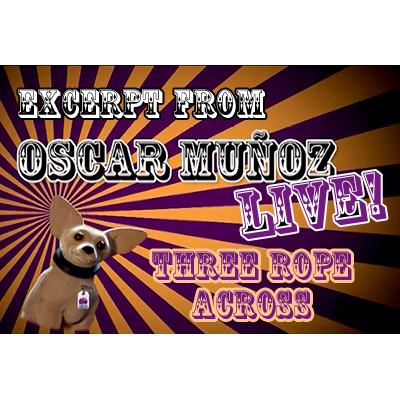 This is an exceedingly clever way of dressing up Professor's Nightmare. Rather than doing the classic trick in the same old way, Munoz shows two sets of ropes: one set has three ropes of equal length and the other set has three ropes of different lengths. Under test conditions and as visibly as possible, Munoz causes the sizes of the...