"What a wonderful routine... I like it a lot! Very well executed and deceptive, too."
- Banachek

"A parlour show in your pocket that drags E.S.P. routines into the modern era. Easy to use yet surging with power."
- Paul Brook

"Not only are the cards stunning and beautifully designed,...

With CROSS CHOICE, you can control and predict your spectator's choice!
CROSS CHOICE is the perfect finale to the classic effect from Ali Bongo, "Bongo's Big Balloon Burst".

You ask your spectator to freely select a balloon among five balloons of different colors. His choice is...


Looks like a camera trick, but it's REAL! A playing card visually turns into a card box - stunning! You can even place cards into the box!

Modern Flap Card to Box is created by UZ Hsieh. The structure of the gimmick is based on Hondo's Modern Flap Card. It gives you a super visual effect to amaze your audience as an...

"Not only did it fool me the first time I saw it, but when I saw the method I realized that it was also SUPER PRACTICAL AND MOTIVATED!"
- Alex Latorre

Porous gives you the ability to reveal a vanished Sharpie logo INSIDE a bill!

This is a SUPER FUN routine with a KICKER ENDING that happens in the spectator's...

Zak Mirzadeh's Backstab is the most impossible "Stab To Your Card" trick ever! Your spectator selects a card and loses it in the pack. With nothing more than your trusty pocket knife (or your spectator's pocket knife) - you stab straight to their selection for a miraculous "Card At Number" effect! Did we mention the card can... 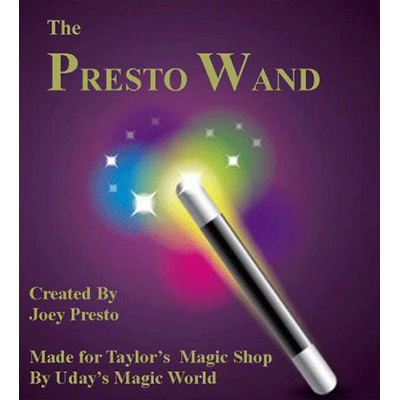 The magician asks to borrow a hankie. The helper says he doesn't have one but luckily the magician spots one in the child's pocket. He removes it but it is invisible. The hankie becomes visible, disappears and then shows up back in the helper's pocket. This time it is VISIBLE!

As performed by Dan White on The Tonight Show with Jimmy Fallon.

An aluminum plate is shown to the audience. In the upper portion, there are five numbers corresponding to the bolts fixed on the same plate.

In the lower portion, a second plate covers another set of bolts. The mentalist states that before this effect began, he had unscrewed...

An ingenious, custom made gaffed Bicycle deck that will allow you to perform direct mind reading miracles!!!

THE SEER DECK is a sneaky weapon that will give you huuuuuuuge power over your audience. This ingenious, updated...


A great deck that allows you to accomplish miracles!

The Split Pop Eyed Popper Deck is a "secret weapon" among magicians and mentalists throughout the world!

The Split Pop Eyed Popper Deck can be used for multiple effects and bring something unique and intriguing to your performance. This deck is cut on a diagonal....

This trick looks so great that it resembles a special effect, and leaves an amazing impression on your audience.
We call it Trespassing.

Your spectator can see the effect throughout, as it's quite visual. Yet, they can verify that it actually...

The Cocktail by Gustavo Raley

If you are looking for an original effect that is visual, practical and 100% effective for your magic shows... this is it!

Imagine being able to perform the classic effect, Sands of the Desert, now with liquids! So amazing that your audience will not believe their eyes!

Show an empty bucket (not included - use any bucket)...


BACK BY POPULAR DEMAND...

These adorable life-like "critters" are designed and hand crafted exclusively by the Las Vegas Magic Company. Each one is just a bit different and has its own personality....

The Great Personality Detector Paddle by MagicWorld and Ian White

Imagine showing a white paddle with the phrase, "Personality Detector", on both sides. When touched or tapped to the head of a spectator, it magically changes to the phrase, "W***ER".

Chris Ramsay's favorite trick of the day at Blackpool 2018! 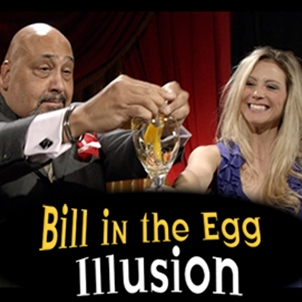