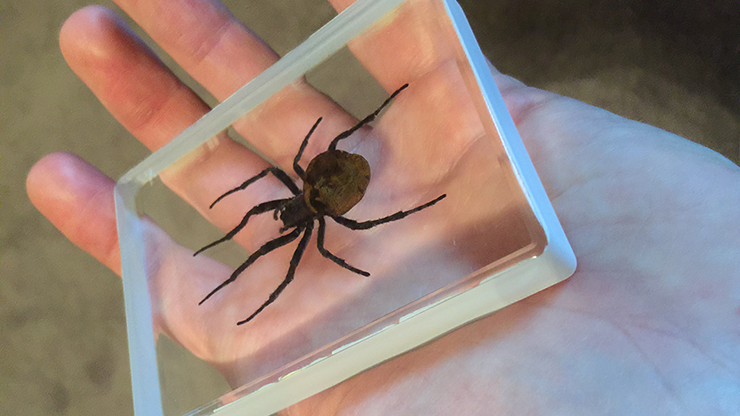 
Two different people select cards, and these are mixed into a regular poker-sized deck. The deck is given to someone to hold between their hands. The magician reaches into the deck that's between their palms and miraculously retrieves both selections. He then states that he will take the whole deck from them without anyone knowing. The...

The Gift of Your Life by Makenke, Diego Raskin and Aprende Magia

APRENDE MAGIA presents The Gift of Your Life by Makenke and Diego Raskin a comedy stage performance that is easy to do and has a great ending.

The magician shows four numbered gifts and explains to the spectator that he can choose any and it will be his. Inside there is a Rolex, keys to a new car, a ticket to any place in...

Super easy but a real fooler!

Volition by Steve Cook is a totally hands off Bank Night effect perfect for the close-up, strolling or parlour magician/mentalist.

Bank Night has long been a favorite with audiences and Steve's new take on this classic is a sure fire winner.

Beyond the Mirror by Jean-Pierre Vallarino

Mysterious penetrating of objects by other objects has always made people dream... Now the dream comes true!

In this DVD, JP Vallarino offers you 3 entirely incredible experiences. These will enthrall your spectators.

Coins, cards, keys, or rings travel through a sheet of glass, which can be held by spectators -- a real miracle!...

Fire has long been used as a catalyst to trigger subsequent magic effects. However, heating up objects to produce effects is more like a scientific experiment, rather than pure magic. For this reason, Cigma Magic and Jeff Lee invented Blazzard, an innovative device, which allows the magicians to utilize heat without the audience's...

One of the most visual bill effects you can ever do.

Imagine -- your spectator signs a card, it is returned to the deck, and the deck is shuffled. You take a $100 bill out of your pocket and, magically, you transform the bill into the signed card! The best part is that the spectator can examine this card and keep it as a souvenir!... 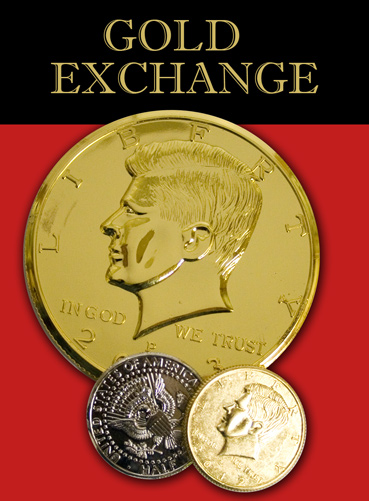 A silver coin is shown at the fingertips of one hand and when covered for a split second, it magically changes into a gold coin.

The gold coin is handed to an audience member and when the magician takes back the coin, it changes into a jumbo gold coin. 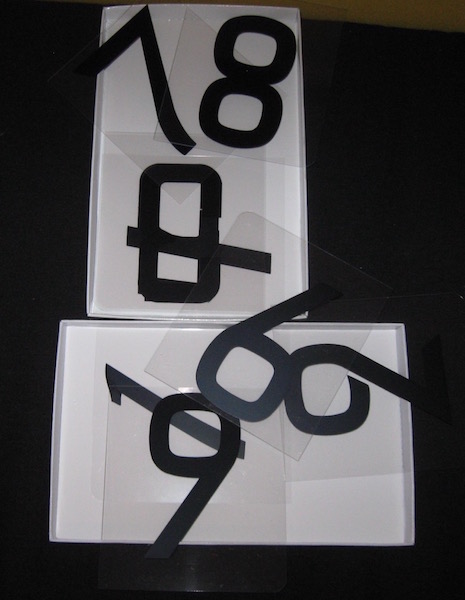 Have the spectator select one card and memorize it.
Now the magician introduces transparent plastic cards that a single number printed on each card.
The magician states that he will find out the selected card by using those numbered cards.
Now magician retrieves 3 cards, number 3, 4, and 5. He says the selected card... 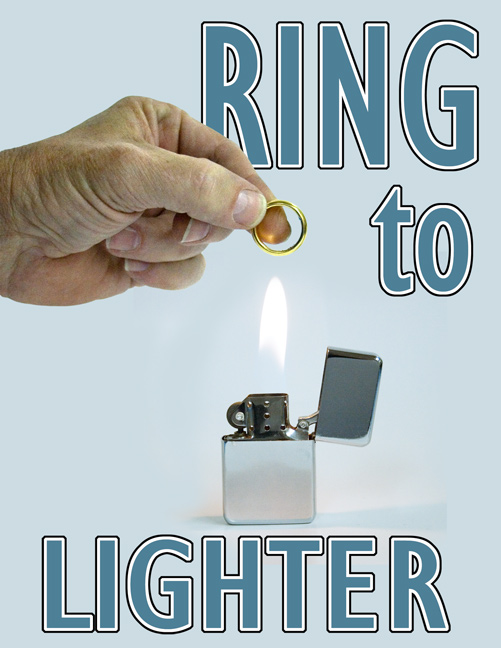 Borrow a dollar from a spectator, have them sign it and place it in an envelope.
Now, Pull the Hot Stuff Lighter from your pocket and hand it to the spectator.
"Hold this a minute!", you tell her. Seal the envelope, and hold it over the spectator's lap.
Ask the spectator to use the lighter and burn the envelope to... 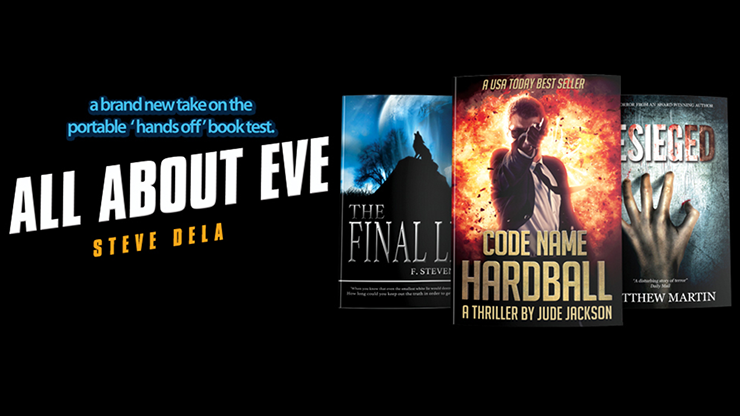 All About Eve by Steve Dela


This All About Eve (2nd Edition) has been professionally produced by Haresign Press and now comes in a choice of three awesome cover designs. It also includes a full tutorial DVD.

Steve Dela offers you a brand new take on the portable "hands off" book test.

This is a serious bit of kit for the professional working...

Card in Wallet (Balducci/Kaps) by Vernet

VERNET proudly presents one of the best card-to-wallet methods: the Balducci/Kaps model. It is an ideal model for parlor, close-up, and even "strolling magic," since it does not require any preparation and it is ready to be used at any time. It is made by the most experienced craftsmen and has the finest leather quality. 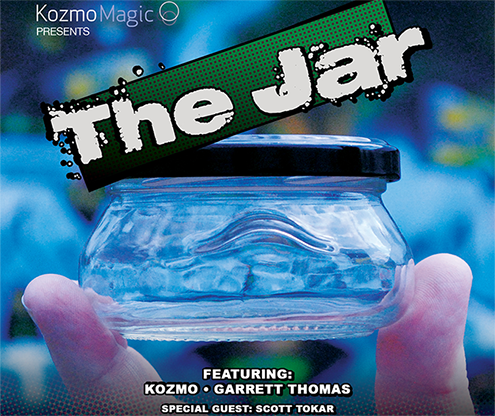 The Jar by Kozmo, Garrett Thomas and Tokar


"The Jar is an incredibly valuable tool in a mentalist's arsenal due to its deceptively natural look that hides its true nature as a multifaceted utility item capable of accomplishing customized miracles on stage, screen or close-up."
- Paul Draper (Mentalist and Anthropologist)

A performer picks up a card from a deck which is facing down. He turns the card and you find it is a birthday card that says "Happy Birthday". You look closely at the card, and notice that there is only a fork and a plate but no cake. The performer flips the card down, then up again, a birthday cake is there on a plate....

An all-Time Kids Favorite with a SHOCKER Climax!

Show a real live rabbit while on stage and explain that "Mr. Rabbit is so hard to carry to each and every magic show. If Mr. Rabbit was easier to carry to shows he'd be a Hollywood star."
Display the Rabbit Wringer box that has a crank on the side and rollers on the...

Book Toon by Jacko and Aprendemagia

A spectator freely chooses a card and the magician shows a book with drawings that appear to come alive. The guessing of the chosen card is in a sequence of animation in the book!

If you are looking for an original and astonishing effect...

This highly acclaimed trick from JP Vallarino is finally available!

Uses a bag and five balls (three white balls, one red and one black). ENTIRELY EXAMINABLE before and after the trick!

Balls are thrown and mixed in a bag and picked up by spectators. Everything is realized in a blind way. Nobody can see anything neither...

"Absolute Zero is THE ultimate device to make you look like you have superpowers! I love it!!! I'm adding this to my Superman act immediately."
- Morgan Strebler

"I've always been a fan to Frozen and Sandminds just took it up a notch and make it practical in real world. This is as close to real super power you...

From the mind of Ninh, Smagic presents to you FAIR TRADE A beautiful and amazingly visual transplant, transposition, teleportation, sexual organ swapping position effect that happens in the spectator's hand. Two spectators select two cards, one red and one blue. You then clearly and fairly tear the corner of each card but still... 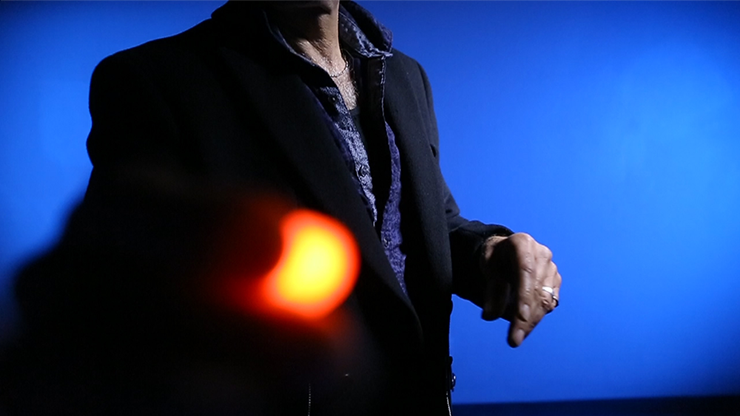 
Rocco, the originator of "light from anywhere" and Murphy's Magic are proud to announce PRISMA LITES™.

For hundreds of years magicians have dreamed of harnessing light with their bare hands.
With PRISMA LITES™ you will have the ability to control light with superhuman ability.

Why the Mullica?
The Mullica Wallet is one of the best-selling wallets of all time and used by more professional performers than any other wallet on the market. The reason for this is that the Mullica Wallet is dependable, requires no get ready or preparation, resets immediately in front of the spectators and features a no palming...

The performer displays an empty box with a see through front covered with bars. A balloon is placed in the box, clearly visible through that see through front. The balloon is burst and instantly transforms into a bunny rabbit. You could use a pair of doves or other small live stock (white mice, baby chicks, etc.) or large volume of inanimate...

This is the ULTIMATE collection of totally impromptu, any shuffled deck in use, self-working card tricks ever!

Every single routine featured can be done from a borrowed shuffled deck, with no sleight of hand or prior setup needed. Someone hands you a deck, and you'll be ready to fry their minds with TEN incredible self-working...