The magician shows a coin and throws it into the air. While in the air, he strikes it with his finger. Incredibly, the finger pierces the center of the coin. The magician can take five coins as only one coin. The public never think that coins are joined. You will be able to realize many coin tricks with this gimmick.

Based off Roy Roth's Ultimate Wallet, Swadling Magic's Card in Sealed Envelope in Wallet is a wonderful update to a classic trick. The wallet is made in high quality leather and showcases a more authentic look than the original. Effect

Have a card selected, signed and replaced into the... The magician shows a half dollar and an english penny and places them in the...

Coins through Table made EASY!

A small table and four coins are displayed. The coins are placed in the performers fist. He taps the table and magically one coin penetrates through the table and falls onto the surface below. This is repeated with the other 3 coins.

use your own half dollars or similar size coin. 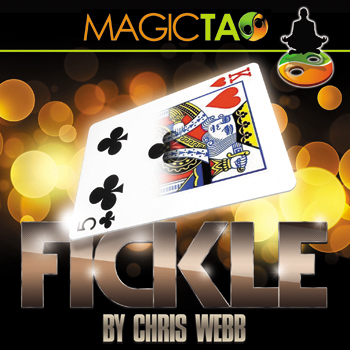 A spectator freely chooses any card from the pack and signs their name across its face. The card is lost in the deck. The magician attempts to find the spectators signed card. He brings out a card that is the wrong card. In the blink of an eye, right in front of the spectator, the wrong card instantly changes into the spectator’s... 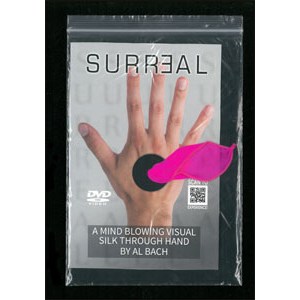 Surreal by by Al Bach

From the mind of underground creator Al Bach, comes a surreal experience that's years in the making and audience tested...

The performer tucks a silk handkerchief into his left hand, a small portion left dangling.

Next, a small black disc with a hole in the center is displayed, and affixed to the back of his...

You explain to the audience that you subscribe to a mail order magic company that sends you magic lessons on CD. You received one today and brought it to show the audience how you learn your tricks. You open the shipping box and remove a CD. With any CD player, you put the disc in and start the lesson. After a short music introduction... 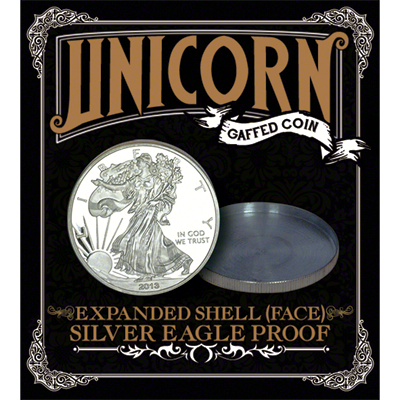 The new Unicorn coins are handcrafted by Pablo Rivera the magician, in search of quality both in their aspect and in their precision. Their size and weight have been carefully studied so that manipulation is perfect. Every coin's surface is exquisitely polished and their shine is incredible, which makes them very visible even in stand-up... 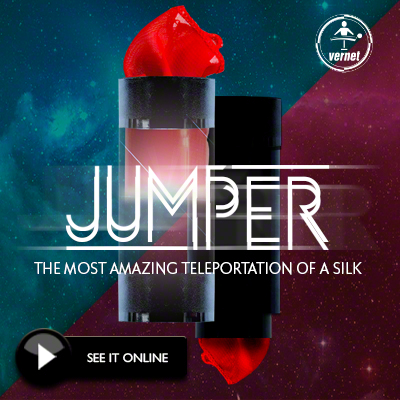 THE MOST AMAZING TELEPORTATION OF A SILK!

YOU RECEIVE EVERYTHING YOU NEED PLUS DOWNLOADABLE VIDEO INSTRUCTION

The Incredible Growing Sponge Tomato by Under Magic

Jumbo Tomato for your final routine with Sponge Tomatoes by Mag Malastruc, these tomatoes are created using Goshman Spongeballs.
All the strength and versatility of the magic sponge now turned into tomatoes!
This tomato resizes instantly and can visually pass as a normal sized Tomato or a Jumbo Tomato....

Bob Farmer has done it again. This is the best three card monte on the plant!

IF YOU CAN FAN THREE CARDS, YOU CAN DO THIS TRICK!

Seven visually stunning monte phases, all different. Do it surrounded, completly in your hands, without a table.

From the man who brought you D'lite comes FLICKER by Rocco! 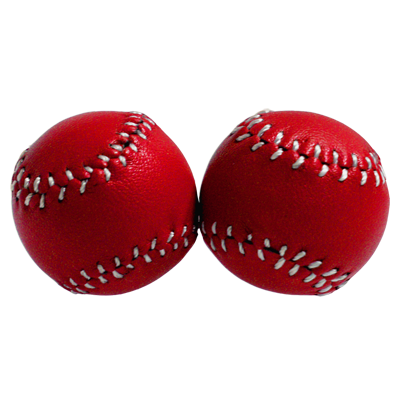 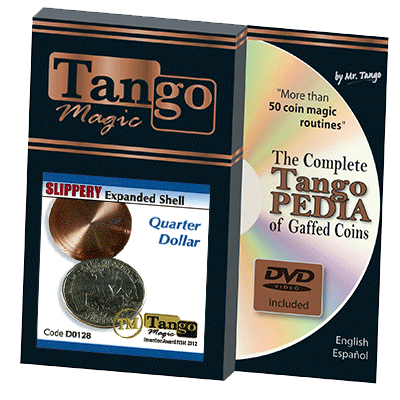 
Three coins travel between your hands. A borrow coin goes from your hand to your pocket. These and all the expanded shell routines could be improve with this new gimmick. It's really a new concept in expanded shell coins.

The magician shows two coins in his left hand and makes one coin disappear with his right hand. The...

Magicians love producing picture silks. This is a picture silk with a novel touch that will appeal to any audience. Performer attempts to produce a rabbit from a hat. He produces a silk, with the picture of a duck! The two corners of the silk are brought together, and when opened again, the duck has transformed into a rabbit. Large 21"...

Effect:
2 jokers are cleanly placed int the spectator's hands and two jokers are placed into your hands, By simply touching your jokers to theirs, all cards change to aces.

The classic design and low-profile pan makes this a real professional prop. Made of polished stainless steel, it will not warp or bend, nor will it 'lock up' like some of the aluminum models. Our Pans will last you a lifetime. Basic Effect: A small metal chaffing dish is shown and various ingredients are placed inside. The contents...

A spectator shuffles an UNPREPARD deck of cards which is placed by him, face down in a walnut box just large enough to hold it. Box is closed and held by spectator. Performer, standing several feet away names the uppermost card in the box. Box is opened by the spectator and the prediction verified by showing the card to all! The performer...

Imagine a piece of magic so incredible, so visually stunning, that it looks like trick photography...but it's happening live, inches from your face!

A borrowed bill of any denomination is clearly and openly folded around a pencil. The bill is shown front and back to completely enwrap the pencil. With no moves, nothing added...