The magician hands out a half-dollar for examination, throws it into the air, and pierces through the coin in mid air on his finger.

Pierced coin and finger are examinable. 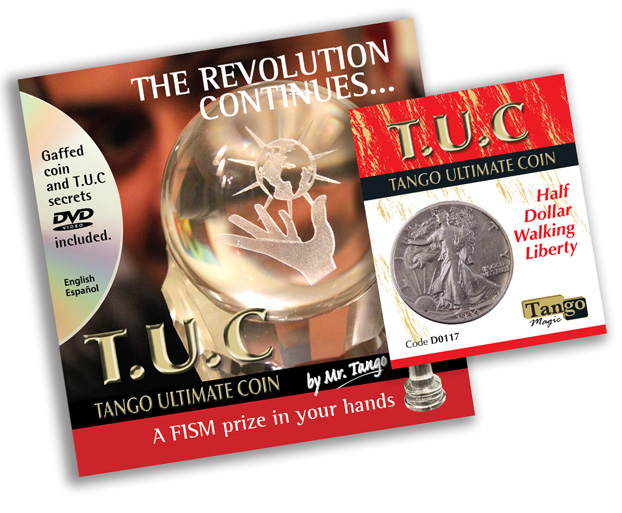 T.U.C (Tango Ultimate Coin) is the result of many years of hard work and professional experience. This gaffed coin allows you to do hundreds of magic effects, it will soon became a classic that will be found in every magicians pockets.

The set includes a gaffed coin and an instructional DVD.

In this DVD you will learn...

A Drawer Box with clear see-through drawer sides and bottom, in a handy size (6" x 4" x 3"), that will hold the usual production items, small birds, white mice or even a baby bunny. Beautifully made in Perspex with a metal knob, the box can also be used for a vanish.


T.U.C (Tango Ultimate Coin) is the result of many years of hard work and professional experience. This gaffed coin allows you to do hundreds of magic effects, it will soon became a classic that will be found in every magicians pockets.

The set includes a gaffed coin and an instructional video.

On the video you will... 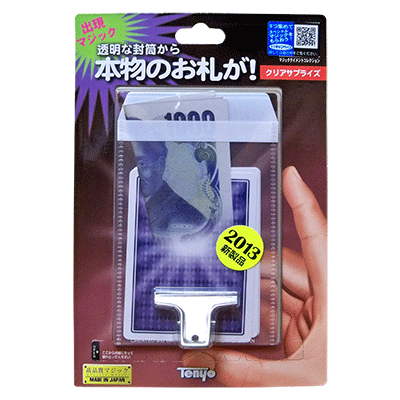 Producing real money from a transparent envelope is a magical delight!
The envelope looks so innocent that there couldn't be any room for trickery, but it still enables you to perform this extremely baffling illusion. Keep the props... 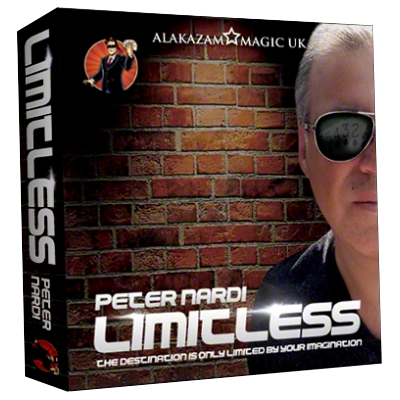 
"For years I have been playing with ways to psychologically implant a card in my spectators mind. I now believe I have created the perfect method"
- Peter Nardi

Limitless allows you to do just that, and the best bit? Your spectator will believe they had a totally free choice.

Limitless gives you the power to perform... 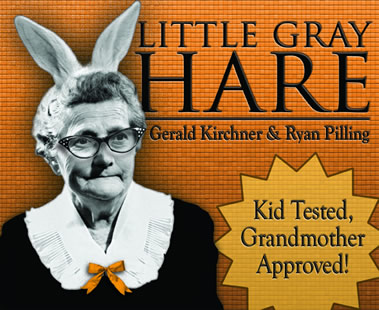 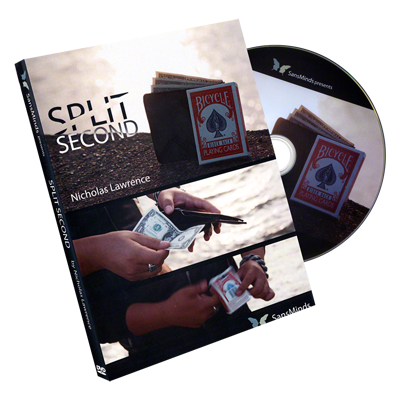 Flower From Wand In Pot

Performer displays an empty flower pot. He taps it with his magic wand, and instantly a large flower appears in the pot. Complete with miniature plastic flower pot, special magic wand, and the "appearing" feather flower, this is very easy to perform under all working conditions.

by Steven Schneiderman and Meir Yedid

Easy magic with a surprise ending that is guaranteed to get a great reaction.

Four aces are displayed face-up as each one begins to magically turn face down and up again. What makes this special is at the end when the cards are turned face down all the backs have changed color and... 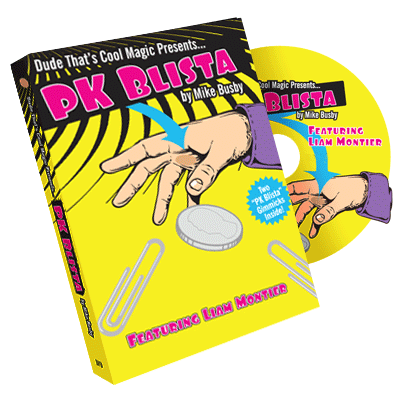 Four Jokers mysteriously vanish from one place and reappear in another...

The cards certainly appear ordinary...but your audience will be rubbing its eyes as four bicycle-riding Kings disappear right off the faces of four Jokers one at a time and reappear on the faces of previously blank cards. It even happens when a... 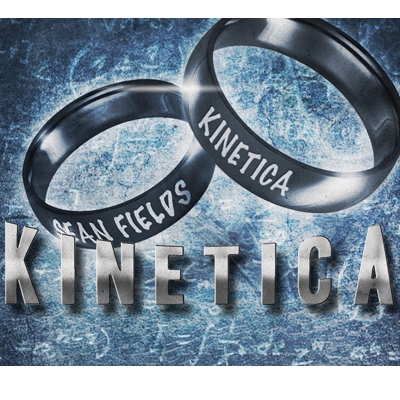 Telekinesis. Mind over matter. Whatever you call it, the ability to manipulate matter with nothing more than a thought has captivated and fascinated audiences around the world.

Kinetica is a collection of three telekinetic demonstrations from the mind of Sean Fields and presented by Criss Angel.

Kinetic Coin - A borrowed quarter visually warps and bends as you stroke it with your finger. One of the most unorthodox methods for bending a coin you will ever see!

Kinetic Bill - The classic self folding bill illusion, with a... The magician shows two coins, places them both in one hand. With a small gesture, one of the coins disappears! The performer then takes the remaining coin and places it on the table. Then with a pass of the hands over the coin and it too vanishes!

A prediction is written on a piece of paper and handed to a spectator for safe keeping. A deck of cards is shown front and back. The spectator shuffles and cuts the deck as often as he likes. The spectator cuts the deck into four piles then selects one of the piles, and turns over the top card. Amazingly this card matches your prediction.... 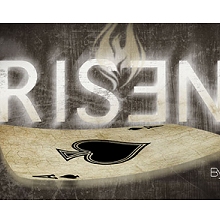