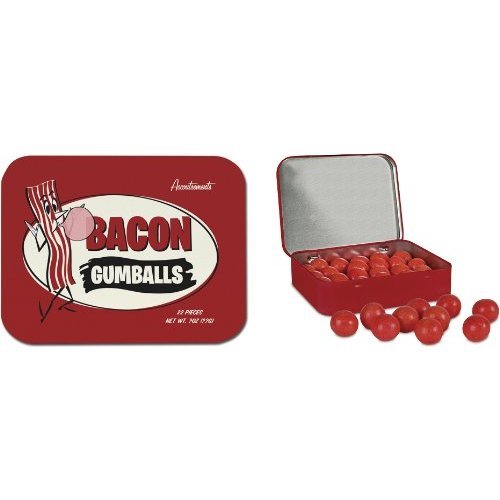 Want to enjoy your bacon anytime of the day? Then you need Bacon Gumballs ! And who can blame you? Bacon is a powerful force and we are but disciples doing our part to spread the gustatory gospel.

Borrowing any bill from a spectator, you produce a magic half dollar that goes right through bill in front of their eyes! The coin also disappears, reappears and multiples! The magician shows a coin and a Boston box. Places the coin inside the box and closes the lid. He waves the box to show that the coin is still in the box. He places the box on the back of his hand, which supports a few centimeters over the table. He gives a flick on the box, the coin crosses the box and falls down... Cigarette Through 2 Euros (One Sided) by Tango The magician takes a coin in his hand and penetrates it with a cigarette or a pen.

Two coins are placed on the palm of your hand. Close you hand and when you open it up again there's only one coin! This clever gimmick does all the work. There's lots of possibilities with this coin. Show two coins in one hand and show your other hand empty. In an instant you have one coin in each hand! The magician shows a quarter dollar coin and a one euro coin in his left hand. He closes both hands and when he opens his hands, he finds only a quarter dollar, because the 1 euro coin has traveled to the other hand.

A 2 Euro and a 5 Euro are displayed. One of the coins is clearly placed in your pocket.When your hand is opened there are still two coins. The effect is repeated a few more times until the end when all the coins vanish. Comes with an expanded 2 and an expanded 5 Euro

NO Card in Balloon! by Quique Marduk

Bring back that same new thrill as the Original Schwinn unicycle, classic styling with new technology! The Schwinn unicycles return with this close reproduction of the classic design from years past. Schwinn pulled out the original blueprints and re-tooled the classic flat bladed steel frame.

Morph - This very special D'Lite™ first lights as a pale purple, then automatically... 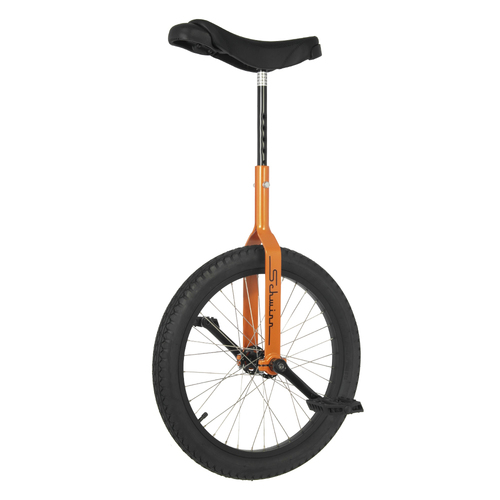 Bring back that same new thrill as the Original Schwinn unicycle, classic styling with new technology! The Schwinn unicycles return with this close reproduction of the classic design from years past. Schwinn pulled out the original blueprints and re tooled the classic flat bladed steel frame.

Bring back that same new thrill as the Original Schwinn unicycle, classic styling with new technology! The Schwinn unicycles return with this close reproduction of the classic design from years past. Schwinn pulled out the original blueprints and re tooled the classic flat bladed steel frame.

An incredible, easy to do, multiple selection routine with an incredible, NO PALM, signed card to pocket ending! This trick will make you look like a master sleight of hand artist!

Three cards are freely selected (no force), signed and returned to the deck. The Magician now shows a Bicycle Joker and states...

You will never have to purchase another Chop Cup ever again! This beautiful hand crafted cup will last you a lifetime. Made of Copper and spun and Polished to perfection.

This set comes complete with:

1 Black Velvet Bag to carry the... 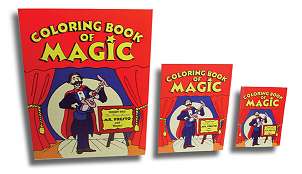 
A large coloring book is shown. The pages are uncolored but instantly all the pages become colored. Magician then makes all the pages go blank. Perfect for childrens shows.


Magician displays a 30 inch long piece of rope. The rope is stretched between the performer's hands horizontally. One hand is released and amazingly the rope stands rigid as a stick. Magician merely blows on the rope and it falls down limp once again. 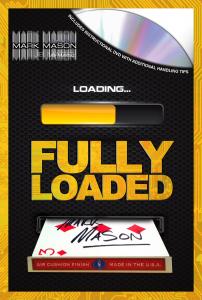