Tag-O-Magic is a custom designed and specially die cut key tag that attaches to your normal key chain and allows for amazing and ever present magic under any circumstances!

Each piece is the size of a half bill. There are 10 pieces per pack. Denominations may vary.

Franklin halves were minted from 1948 to 1963. The coins are 90% silver. Many magicians prefer using Franklins because when polished they have a very brilliant shine.

The price shown is for 1 coin

Show two blank cards, and place a rubber band around them. Have a spectator select any card in the deck and sign the card. The card is lost in the deck.

Place the block of two cards still wrapped by the rubber band on top of the deck. Remove...

A sponge ball is handed out for examination and made to vanish a few times. On the last vanishit transforms into a 5 inch Rabbit!

If you have an Expanded Peace Dollar Shell then you'll need these to perform your favorite routines.

Two specators are called to assist in this effect. First you show two wooden boxes. One is shaped like a heart andthe other is shaped like an oval. A ring or coin is borrowed and placed inside one of the boxes. Let's say the spectator places the ring in the heart shaped box. The box is then placed in a cloth bag and held by a spectator.... Scotch and Soda 2 Euro and 50 cent Euro by Tango

The magician shows a 50 c. coin and 2 euro coin in his left hand. He closes both hands and when he opens his hands, he finds only a 50 c. coin. The 2 euro coin has traveled to the other hand. 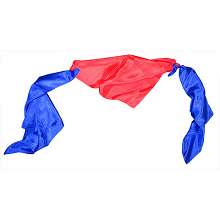 
If you are looking for magic that leaves a strong impact with the greatest of ease, look no further.

Imagine having the ability to change the properties of an unopened beverage. Imagine taking almost any small object and instantly penetrate it into a 100% completely sealed bottle of water that has been held by the spectator. Or imagine... 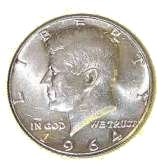 These coins are real silver Kennedy halves from 1964. Great condition! 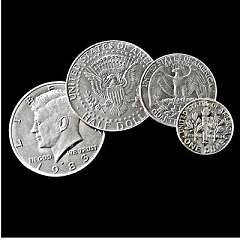 dollar and thirty-five cents worth of change vanish completely leaving only a half dollar. The coins disappear without one false move. It’s the perfect vanish and the half that remains can be freely passed for examination. Includes a bang ring to insure your coin a long life. Easy to follow routine included. 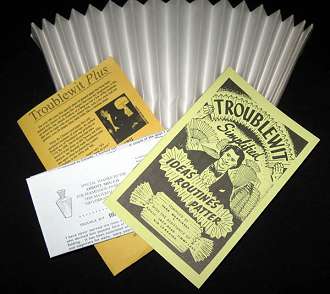 Performer displays a round solid steel key ring in one hand and an ordinary house key in the other hand. The only way the key can be placed on the ring is to wind it around the spiral of the steel. The performer simply touches the key to the ring and visibly the key is linked on the ring. The spectator is asked to pull on the key to prove...

If you like the Hot Rod you'll love the Brass Tri Rod. The brass rod is shown to have six different color dots on each side. The spectator selects a color and magically that spot jumps to a different position.. Now for the kicker. All of the dots change to RED on both sides and the Hot Rod can be immediately passed out for examination....