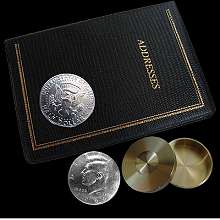 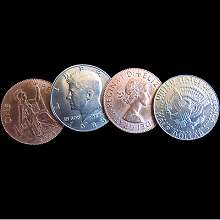 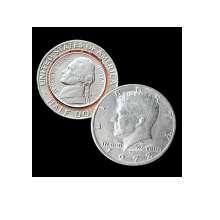 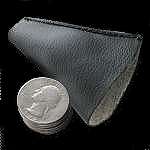 Stack Of Quarters by Johnson Products

A classic effect made to perfection. Quarters are stacked on the back of a spectator's hand and covered with a simulated leather cone. The cone is lifted revealing a stack of PENNIES! Each stack of quarters is carefully assembled by hand. Complete with cone and instructions.

Two nickels, a dime and a penny are placed into the magicians hand. When the magician opens the hand everything has vanished except for a nickel.

Precision made by Johnson Products 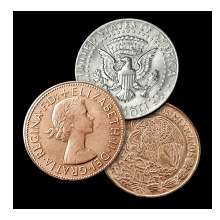 This effect is stunning. Two clear drinking glasses, a playing card and two Half Dollars are shown. The card is placed on the mouth of one glass and the second glass is set on top of the card. Both Halves are dropped into the upper glass and when they hit the card one coin passesthrough the card and falls into the bottom glass! The coins...