This book presents the subtle alliance of Neuro-Linguistique Programmingand magic. Here you discover all the techniques of persuasive communication central to a magic effect.

How can you bring an intense emotional experience to your spectator?
How can you use persuasion with elegance?
These and many other questions are dealt...

The performer introduces a photograph with a $10 bill wrapped around it. A playing card is freely selected (and it really is a free choice - they can touch ANY card they want.) The card is left sticking out of the pack and the performer explains that in the photo, there's also one card sticking out of a deck of cards. And if the card... 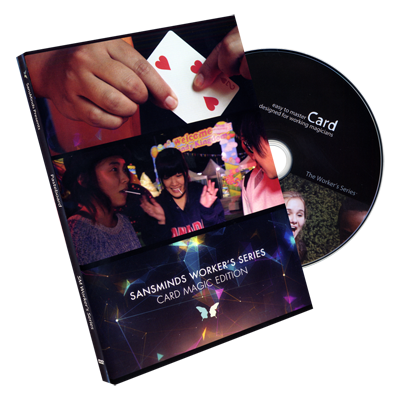 Pasteboard from the SansMinds Worker's Series is a project designed to serve the working magicians. Every piece in this card magic collection is selected with the highest standard considering its commercial value, practicality, angles, and the venue these effects cater to. The effects range from close up, strolling situations, to live...