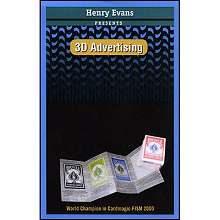 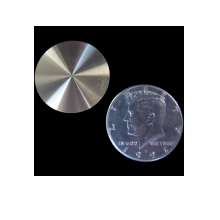 Copper Silver Half by Sterling Magic

Magician shows two coins, a half dollar and an english pennny. He puts the copper in his left hand and the silver in his right. Upon his command, the coins change places. Other effects possible with this nice coin set. Illustrated instructions included. 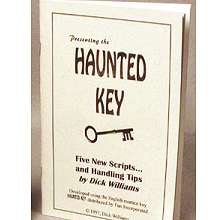 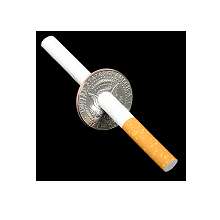 Cigarette Thru Half - Silver


The Cigarette Thru Coin is one of the greatest close-up effects you can perform. A favorite of many magicians. 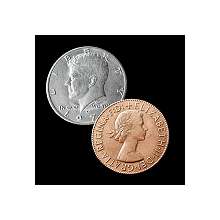 
The ultimate in simplicity & mystery. Two coins are shown. a Half Dollar and an English Penny, one in each hand. Hands are slowly closed and the coins instantly change places. Same effect is repeated under equally impossible conditions. When the spectator grabs for the coins, let him: The two coins can be completely examined. Truly a...


These 1 ¾ balls are the highest quality. The ultra reflective textured material is fantastic. The sets comes with three balls and the gimmick.
The Climax Balls are the perfect finale to the Multiplying Balls. After producing the four balls you can produce four more in your other hand.

This 10" THREE ring set is made from lightweight aluminum. The key ring is magnetic and can be freely shown without tipping the secret.