Eric Ross has invented a trick that we swear will be the new roulette routine. We hope you will agree. Imagine placing a hook in your mouth. Several strings dangle from your lips. One of them is attached, the rest are not. You call on 5 spectators to pull on a string of their choice. Let the games begin. No matter which string they pull,... 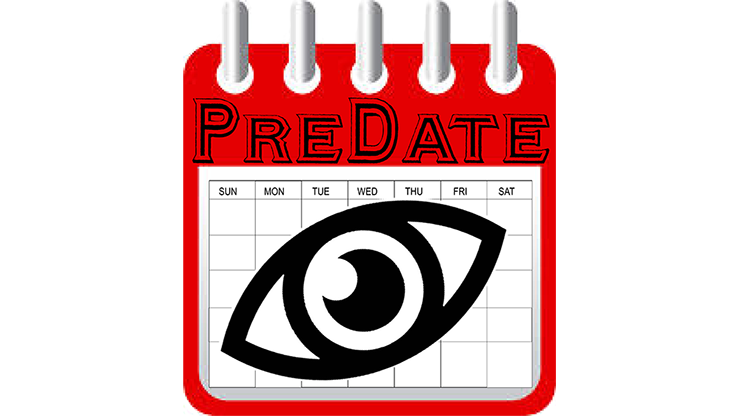 The magician shows four cards, from Ace to 4. He turns one card face-up behind his back and the spectator guesses which of them was turned over. Whatever he answers, the magician shows that he ahs turned over the Ace. Without any noticeable moves he turns this ace into...

A spectator selects a card, returns it to the pack and shuffles. The performer states that he'll try to find the card without even touching the deck. He puts on his glasses and looks down at the deck held by the spectator. He names a card...but it's wrong. He tries again, but still doesn't get the right card.

A card is selected and lost in the deck. The magician announces that he has an envelope with a prediction that he proceeds to show to the audience. The deck is held by the spectator. The magician tosses the envelope into the air and it turns magically into the selected card.

Now the deck is ribbon spread and in the place of...

Cover any glass with a deck of cards. Toss a coin toward the glass - it disappears and visually materializes with a loud clink inside the glass!

Repeat it as often as you like. You can even let a spectator hold the glass when the coin appears! It looks impossible because you�re nowhere near the glass!

The best quality -- each handmade to look exactly like a normal nutshell.

Overcoming all the cons of magnetic three shells, and taking the best aspects of normal three shells!...

Two cards are shown clearly and are dropped on your spectator's hand. Magically, one instantly vanishes completely "in the air."

It's an essential weapon for all skill levels, to make a card disappear in visual and unbelievable ways. The simple lock and unlock system hidden inside...

Without doing a thing, you perform the most talked about illusion in your act!

DO NOT CONFUSE THIS WITH ANY OTHER SPIRAL ILLUSION. YOUR HEAD ACTUALLY LOOKS LIKE IT IS INFLATING LIKE A BALLOON!

Circle of time is a quantum leap above your standard ring and rope routines.

Your audience will be amazed as you perform several effects, such as: Toss Link, No Release Tied Ring on Rope and many others. Moves appear to be highly practiced sleight of hand --- but not so.

Each effect flows seamlessly into the next effect....

by Ton Onosaka, guaranteed to bring the laughs. A giant ACE prediction is shown to the audience and placed into a folder so that the spectator cannot see it. Now he/she is to select a card from an oversized pack. (They are shown to the audience to be all Aces.) Here is where the fun continues. The selected card turns out to be a QUEEN....

The model Square Circle has the elegant look of a prop from another era. The detailed cuts in the woodare a work of art.

The box is 6 1/2 inches square and stands nearly 11 inches tall.

A Selected Card Magically Appears In A Picture Frame!

This effect is a classic and has been made by past greats such as Thayer and Worth Magic. Now CW provides its craftsmanship to this easy to perform card miracle.

The Simplex Picture Frame is shown both front and back. The frame is even dismantled in front of the... 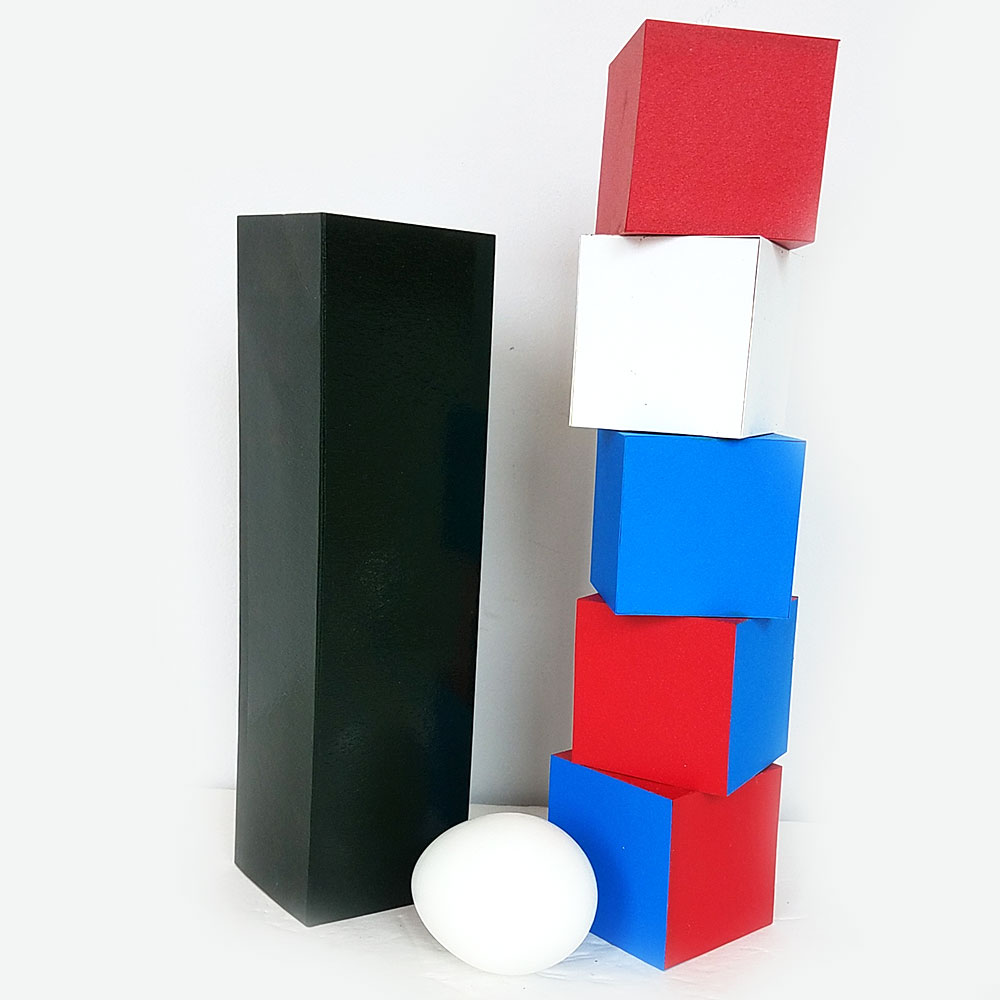 Performer displays three solid cubes - red, white, and blue. He drops them into a square tube, blue first, then white, and finally the red. He turns the tube upside down, but cubes are still in the original order. The audience suspects something fishy - a thumping sound from the tube suggests an extra cube. After several more surprises...

The magician shows both sides of a mirror and a coin to the audience. He then places the mirror along the middle of the coin.

He pulls the mirror back to show a complete mirror image of the coin.

Next he pulls away the mirror and the reflection of the coin has become a real coin!

The magician shows a golden shell to the audience, in which a white "pearl" can be seen. He rubs the pearl with his fingers and it becomes blue! Another rub and it changes to red, and then finally the pearl becomes gold in color. At the end of the trick the shell can be examined by the audience, and no matter how they rub it, nothing will...

Candle to Fan is the latest creation from Michael P. Lair. Light a 15" red, tapered candle. When the flame goes out, a beautiful, red cloth dragon fan is there in its place. Candle to Fan is so well made and easy to use. It is all self-contained. After the lit candle transforms into the red fan, you can then...

All In -Series One by Matthew Wright

Part of the Marvelous Poker Pro Chip Range, All In -Series One is all three of the Poker Pro Series One releases in one bargain package deal.

Straight Thru (Sharpie Thru) - The modern Sharpie pen thru chip effect.

Straight Thru - Sharpie Thru Chip by Matthew Wright

Part of the Marvelous Poker Pro Chip Range, Straight Thru (Sharpie Thru Chip) is a new take on a classic effect in magic.

The Cigarette Thru Coin has been part of the magician's arsenal for decades. It is simple to perform, easy to understand and is an incredible visual illusion.

The Hold`Em Chip by Matthew Wright

Part of the Marvelous Poker Pro Range, The Hold'Em Chip is a 4-in-1 magnetic locking poker chip that allows for multiple productions and vanishes at the finger tips, in the hands or even on a table.

The chip can be tossed, rolled or spun without fear of it coming apart. Yet, at any time, you can split it into 2, 3 or...


A great mentalism effect that will baffle your audience!

Write a prediction, fold it up, and either place it on the table, or ask someone to hold it.

Then produce an envelope having a sheet of paper inside. On the paper are six different numbers. Your spectator is asked to cut the envelope into two pieces. It is found that...

The magician places a quarter on the back of his closed hand. A brass stamp is placed over the coin. When the stamp is lifted the coin is gone. The magicians opens his hand and the coin is inside. A very nice gimmick that is easy to perform. Can also be done in a sepetators hand.

This was David Penn's...