Finally, you can take the classic Omni plot to the streets! InvisiBill takes your money magic leaps beyond the norm by adding a truly unexpected kicker ending. A simple, familiar object - a borrowed bill - becomes CLEAR.

"Josh has taken a modern classic and put it in your wallet! Nice!"
- Justin Flom

"Angelo fooled me with his original version, and the finished product is just wonderful. It's a beautiful trick and a very versatile prop with all the trademark elegance we'd expect from one of close-up magic's finest living inventors."
- Derren Brown 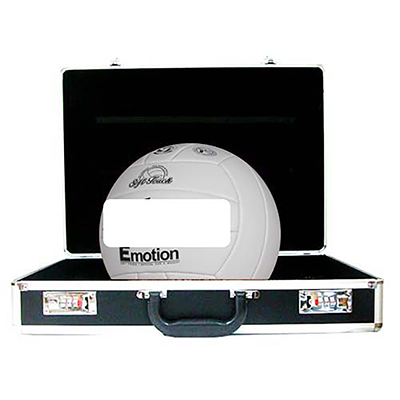 We've always wanted to design a playing card full of mystery and soul. Can a deck of cards possess a spirit? Or does a deck lose its spirit when it leaves our hands? We have no idea. Maybe the answer is hidden in this deck.

Display a regular one dollar bill. Instantly it changes into a jumbo bill.

This is a easy-to-do version of Vernon's classic Twisting the Aces - with a fabulous kicker ending. The magician first shows four aces to the audience. One at a time, the face up aces flip over in the magicians hands! Then, they flip back over. But this time, the backs of the cards have changed from standard Bicycle Blue to green, black,...

What Will They Say About You?

A bill is laid flat onto your palm. the bill begins to fold onto itself until it is a fraction of its original size. You rub the bill on your pant leg or sleeve and it visibly changes into a coin! It looks like real magic! Can be done with any bill or coin.

Aldo Colombini kills magicians and lay people with this electrifying routine which fools, entertains and causes a frenzy.

Two packets of jumbo half-cards are mixed. A spectator freely selects a card from one of the packets and leaves it protruding. You simultaneously turn the top cards of both packets face up showing the cards...

The magician announces that he will try to make an interesting experience, although he is not sure if he remembers it well.

The magician takes a sheet of paper and makes a paper cone. After that, he stops, and says (as talking to himself): "Was it this way…?...well, it does not matter too much…" And he proceeds with his trick."…well…now...

Three spectators each choose a card. By means of telepathy you try to discern which cards were chosen. Ask each participant to raise their hand as they hear the name of their card.

You name three cards. But, no hands go up. Oops!

No, problem. Point to an envelope on the table, which, you explain contains the three...

With SUPERCOIN you can pluck coins from midair, make coins vanish into thin air and have everyone gasping for air!

It’ll feel like you have super powers as coins bend, change into other objects, visibly penetrate cups and much, much more

As you stand facing your audience, you are seen holding a stem of feathery, green foliage. All of a sudden, a beautiful, red rose blooms at the top of the stem. As you pluck the flower off, it amazingly turns into a large, red silk! This is a visual magic of the first degree and a perfect addition to your act.

The 'In the News' routine is one of the most underestimated and under-used routines in magic! It's an incredible and visual trick that is so strong, many use it as a finale to a routine. Perfect for close-up, parlor and stage, it's an effect that should be in every magician's repertoire.

There have been many variations...