A postcard is miraculously found to be inscribed with a spectator's free choice of destination, hotel and room number!

The selection process is incredibly fair and appears to be totally at random. The postcard with the prediction is on the table from the very beginning.

Two cards are selected and signed before being openly cut, folded and passed through "the fourth dimension" where they magically transform into bizarre and amazing double faced and double backed Hypercards! These impossible cards are then given away as souvenirs to your spectators as evidence of the amazing magical experience they will... 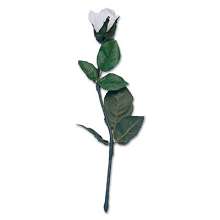 The magician is seen holding a bare rose stem. He also has some pedals from a rose and it appears that he is attempting to repair the rose. After a few failed attempts the magician gets frustrated and throws the rose pedals up in the air. At that instant a rose head appears on the stem of the rose. An Instant Rose Creation!

The classic Growing Pants Pocket Routine! Great for "nothing in my pocket" gimmicks, or when dining with friends to show that you're "a little short on cash!"

With COLORFUL, objects will change color completely, so you can hand them out for anyone to check, without a trace. VISUAL - DIRECT - EYE CANDY!

If you spend most of your time performing magic with cards or coins, why not spend a little on magic with everyday objects? Just a little... with COLORFUL.

A yellow silk is put in a bag and changes to red, this is repeated until the magician says he will explain it: He shows two silks, red and yellow; now they are put both put back in the bag and they change to blue, the same color of the bag's interior, which is now shown to be red and yellow!

"The most innovative application of the pocket index in the past 20 years."
- Neal Scryer

The standard approach to billet indexes permits you to predict a single piece of information, such as which playing card will be named. Christopher Taylor's Path-Finder Billet Index System will allow you to predict... 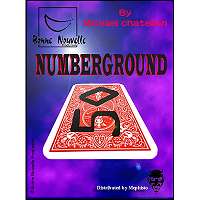 Mickael Chatelain was, without a doubt, the revelation of the first part of the year. His effects, which are very visual, amazing, and easy to perform, have managed to delight and "enchant" the magical world. With Numberground, he adds a new treasure to his collection. Once again, this is a very strong visual effect, which will leave every...

It's rare to come upon a trick that is COMPLETE. With "FACT" you receive a completely worked-through routine: a compelling presentation, a diabolical magic trick, and a deck of cards that does ALL the work for you. What's not to love?

The idea is that a deck of cards is cut and shuffled, and the spectator follows a series...

Out of this world magic that is guaranteed to leave your spectators lost in space. Four intrepid Aces, the Ace-tronauts, embark on a journey through time. During their epic trip, they turn face down, face up, disappear and then magically reappear. Before the mission is over, the faces of our adventurous Aces enlarge to more than ten times... 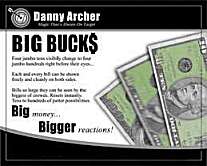 In partnership with Justin Sopher, SansMinds is proud to bring you TST. Or, Torn, Seal, Transform. The concept is devilishly simple and allows for a wide range of possible performance strategies.

Notably, the gimmick allows for a mentalism routine to be spiced up with visual magic in a way that was not possible before TST....