A groundbreaking new generation in coin Magic has been UNLEASHED! ICE Coins will give your audience a complete BRAIN FREEZE! This is NOT just another coin trick…it is a whole new ULTRA-VISUAL approach to this era of Magic. DVD contains eye popping, HIGH-IMPACT, visually stunning routines to set you off and then stir your imagination...

BOX OF MYSTERY by Tora Magic

Audiences love magical productions where, first there is nothing, and then, tons of objects!

Show it all around, even putting your hands through the sides. Still, at the magic moment, items appear! This could be money, spring flowers, you name it!

Numberic Cards is the perfect mentalism effect to carry with you at all times. Show your spectator several cards, each displaying many numbers. She freely thinks of ANY number on ANY card. 100% FREE CHOICE! (No forcing and nothing written down.)...

Andy Dallas has taken the classic, No Tear Torn & Restored Newspaper to a HOLE new level.

Remove small pieces of newspaper, one sheet at a time, from all different pockets.

Read a gag from each piece. In the blink of an eye, the pieces become a real newspaper.

There’s one small problem, the newspaper...

Stunning edition which we released for MINDvention 2017.

Ideal way to force a thought, drawing, name, whatever works for you!

This very special edition SvenPad� offers our stunning NEW all metal binding with blank (unlined) pages, just like something you picked up at the airport (or hotel) gift shop in Las Vegas. 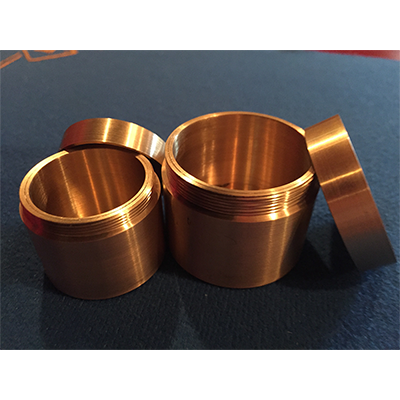 "The greatest addition to my Dream Prediction Elite routine anybody has shown me... This is such an amazing device and I carry it with me at all times."
- Paul Romhany

If you perform mentalism or magic, you are going to LOVE this amazing tool by VORTEX MAGIC. PENILISM is a multi-functional pen that looks...

Magician shows an empty tube and a shining black bottle to audience.

This trick can be done for 5 times in 5 different beautiful colors. You can keep your spectators amused & wondered by playing this impressive game...

Have a duck magically appear!

Or have an animal travel magically from one carrier to the other! Or have two animals change places! Looks like real magic!

This product can be used for all of the above, using a pet like a duck and such size pets...

Your audience will gasp in amazement!

After 15 years of waiting, it's available again! THE all-in-one revolutionary wallet:

- Himber Wallet: You can use it for your favorite routines using a switching wallet.

- Kaps Wallet: The signed card disappears from the deck and then reappears in the inside zippered compartment of your wallet!

A great piece of mentalism!

Your participant selects any number from a giant die (each side is colored differently), places it with that number on top in an opaque box, and places the lid on it. You cannot see the die through the box. Magically and astonishingly, you are able to discern the color and number of their selection.

MIND BOARD COLOR by Tora Magic

Blow your audience away by performing this 3D shocking mental trick!

Several colored cards are shown - they are placed in pockets attached to a board.

Show a beautiful cube with a different color on each side, and place it in a box.

Your participant selects one colored card, and you remove it from the pocket. You...

MIND BOARD ESP by Tora Magic

Blow your audience away by performing this 3D shocking mentalism and magic trick!

Several cards having ESP designs are shown - they are placed in pockets attached to a board.

Show a beautiful cube with a different ESP design on each side, and place it in a box.

Your participant selects one card, and you remove it...

It looks amazing when objects mysteriously travel from one place to another. This device will enable you to do exactly that!

Place 6 large juice bottles, one by one, in a paper bag. With a wave of the hand, magically show that the bag is now EMPTY!

A juice box that has been on display the entire time is now covered for a... 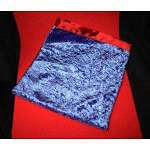 A packet of playing cards turn face up and face down at will. Finally they change into something completely unexpected. Everything can be examined. Nothing secretly added or taken away at any time.

This is Duffie's version of Roy Walton's classic packet effect Cascade and has been released with the permission of Roy...