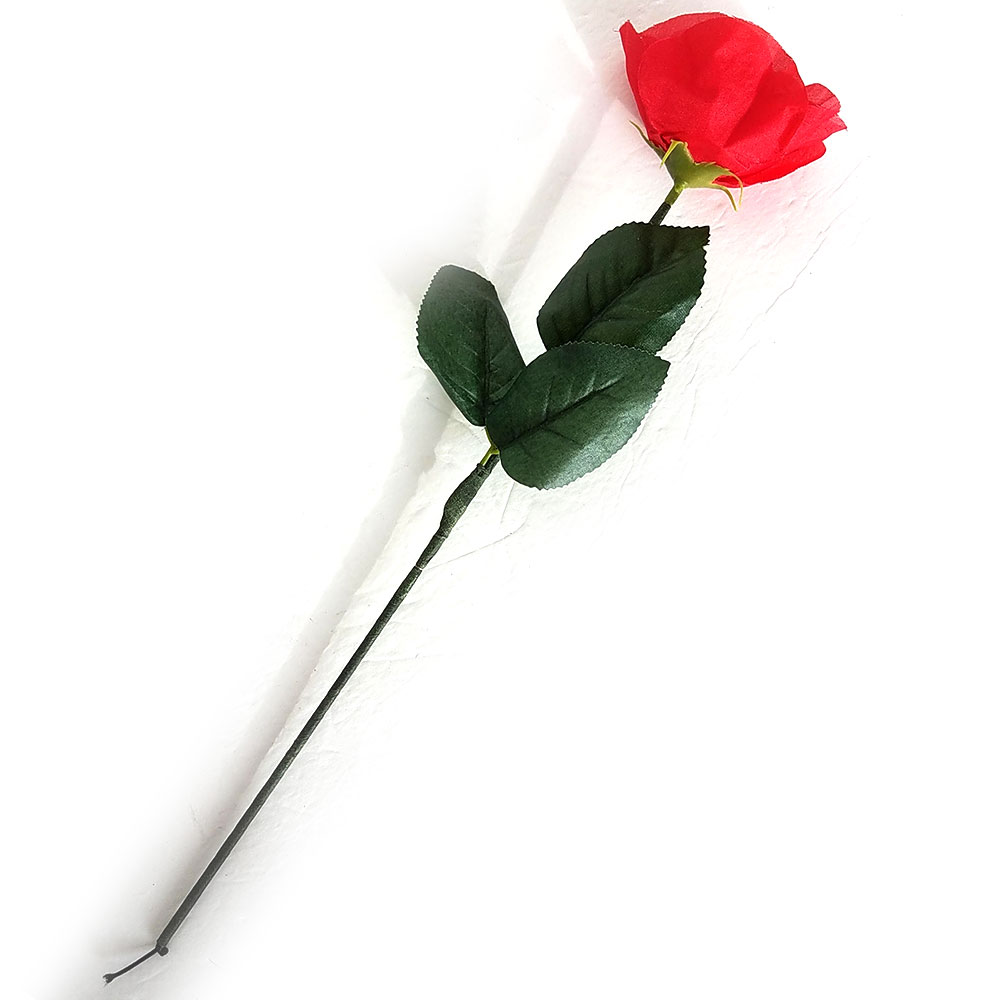 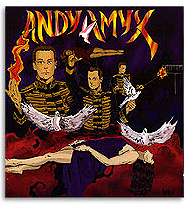 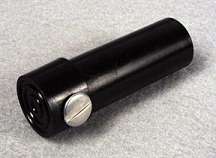 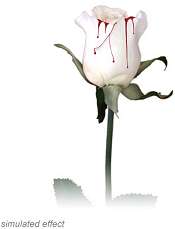 The magician is seen holding a rose. He takes a knife (or scissors) and opens it up, proceeding to cut some of the leaves off of the rose. He then makes a deliberate stab into the head of the rose. The rose head squirts blood out and the magician reaches for a wine glass.

He lets the blood from the rose drip into the glass until...