This glycol/water-based fluid contains the safest, purest ingredients available. It's used in both Popular Fog Machines and Professional Fog Machines to make clouds of fog. The effect actually looks like smoke; however, these machines do create fog (consists of liquid droplets), not smoke (consists of dry particles).
1 pint bottle...


These folding coins come in either a 1964 Kennedy Half or a Walking Liberty from the 1940's Beautifully machined by Johnson. The seams on these coins are practically invisible.

This is compact size Foo Can, 2.75" diameter and 4" in height. Made in stainless steel, for a lifetime gleaming and rust free finish. It will produce or vanish an adequate amount of liquid for all your liquid tricks, and the handy size fits into a briefcase. Complete with ideas for use.

This is a cute wooden figure 21" high. Fred is so forgetful that he loses his head. The head is vanished with a supplied Devils Napkin. A balloon is blown up and placed on the figure to replace the head. Suddenly, the balloon bursts and in its place is Forgetful Fred's original head! Simple to operate!

The magician proudly presents an innovative version of a classic of card magic: the Four Ace Assembly. What makes it so new and different? Instead of aces, it's done with queens.

Okay, okay... That's not a big change. But it really is something new. The queen of spades is set aside, face down. The other three queens are dealt...

The magician displays a poor poker hand, one a cheater might try to pawn off as a flush. Describing the methods of a professional card shark, and with zero moves, the poker hand turns into Four-of-a-Kind with Aces! Continuing the explanation of cheaters’ secret moves, the hand becomes a Royal Flush in Spades!

Four For Ever - Henry Evans

The performer shows four Chinese coins to a spectator. He then explains that the Chinese economy is doing very well lately. To illustrate this fact he takes one of the coins out of his hand, shows both sides, and places it in his pocket. There should be 3 coins left in his hand, but miraculously there are still 4. The performer repeats...

You begin by removing a small piece of paper from a cloth bag and handing the bag to a helper. You explain that you'd like their help in an experiment involving free will. Your helper removes...

The magician shows the face of a card and places it face-down on the table as his "prediction." Then, from a miniature deck, a spectator picks a card and the magician states that he thinks both cards will be the same. But, when the miniature chosen card is shown it doesn't match. Nervously, the magician places the little card over the... 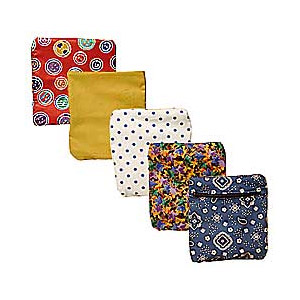 A colorful cloth bag is shown. The performer turns it inside out and each time it changes to a different color. In all, the color changes a total of five times. This is a great item for magicians, clowns, or MC's. For example you ask the audience if anyone lost a striped bag with a red lining. After the first change you might say "I'm...

Dry Erase Enables any magician to demonstrate his super extra sensory abilities by apparently reading minds. Three spectators are each asked to think of various items (names, numbers, playing cards, etc.) after the magician has written each prediction on the top three sections of a divided board, then one by one you read the...

Imagine having a coke bottle that can automatically and visibly drink itself. The ghost bottle can do just that and perform a number of other amazing effects. You can pour the coke into a newspaper rolled into a cone and crush the paper, or open it to show the coke has vanished. You can even put a straw into the top of the bottle and act...

You show a spectator six different jumbo cards and ask him to just think of any one of them. The cards are then counted into his hand one by one and the card he was merely thinking of has vanished! 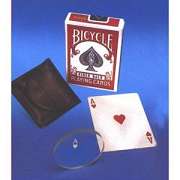 A round glass disk is used to foretell the future. A playing card is selected from a deck of cards. The spectator thinks of the card and then breathes onto the crystal. The image of the selected card appears on the surface of the glass!, then it slowly fades.

Nothing is visible on the glass, yet the eerie specter can appear at... 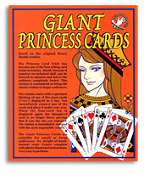 Based on the original Henry Hardin routine, the "Princess Card Trick" has become one of the best selling card tricks in history. Mostly because it requires no technical skill, can be learned in minutes and leaves the audience completely fooled. This version is customized to bring the classic routine to larger audiences.


Over six months in the making, Whit Haydn and Chef Anton have created the perfect shells for any Three Shell Game routine. Including design enhancements and tips from real working pros like Chanin, Eddie Joseph and others, these shells are perfectly weighted and balanced.

Whit's shell design incorporates all of the little-known... 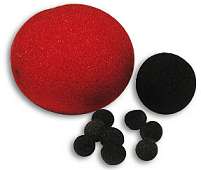 The performer displays a small (1.5 inch) red ball and a black ball. He pushes the balls into his closed fist and upon opening his hand, the red ball has transformed into a large (4 inch) ball and the black ball has changed into eight tiny black balls!

The magician displays a small (2-inch) sponge ball. He places the ball onto his closed fist and pushes it down inside. When he opens his hand the ball has somehow grown into a large (4-inch) ball!

A deliciously amazing packet trick, Hamman Eggs is sure to leave them astounded.

The magician relates the frustrations of two hungry people who try in vain to order a simple meal of ham and eggs. The waitress invariably gives one of them two orders of eggs and the other two orders of ham. Finally and magically, the ham and eggs change...

This system has been known for a while already and has been widely used for paranormal presentations or wacky offbeat acts. Unfortunately the entertainment industry was never able to produce this kind of gimmick because the technology involved in making a product of this standard was too expensive for this small a market. Hottrix changed...

Magician lays a handkerchief on the table then folds the corners in to thecenter. As the performer lightly touches the hanky it begins to move. It looks as though something large is trapped inside. Suddenly the hankyfalls flat and is shown to be empty. 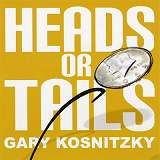 Imagine being able to toss a spinning coin high up in the air and possess the uncanny ability to predict whether it will land on heads or tails side up. Are you able to foretell the future? What if you can toss a coin in the air and make it land face up on any side the spectator wishes. You may even let the spectator catch the coin themselves....