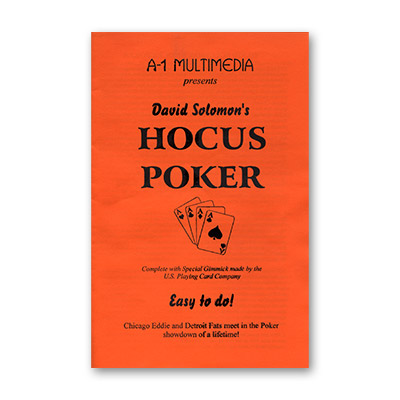 One consistent feature of Wayne's routines is how, in stripping everything down to its basics to suit his condition...

My Jeans by Smagic Productions

Imagine performing magic with everything, including your jeans! Here's an effect that can fit your style, you can carry it everywhere, and perform for everyone - and it gets huge reactions! It super easy to learn, and you will fall in love with this effect. Everything has been premade for you, so you can be ready to rock n roll anytime,...

In this effect which requires no technique, the magician asks a spectator to choose a symbol among nine others and to hide it.

Then, the spectator turns over the cards revealing the numbers and makes three additions, being free from start to finish in positioning the order of the cards, and therefore in choosing the three numbers.

A spectator's chosen card is lost in the deck. Instead of finding the card (any magician could do that), the pips on another card are moved to create an image of the selection!

Comes complete with the necessary, specially-printed Bicycle card and...

by Jordan Cotler and Michael Ammar

A clever young guy by the name of Jordan Cotler visited Michael and shared with him this fun card trick he came up with. The effect is the best kind: Simple and straight-forward:

Any spectator names any card, and every other...

NEW versatile gimmick that requires no sleights, a simple and incredibly powerful, routine that leaves audiences astounded at the miracle they just witnessed.

The Poker Test 2.0, by Erik Casey, is an updated version of his original Poker Test trick. It includes a new and versatile gimmick that is leagues... 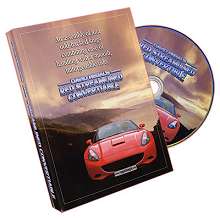 The Torn and Restored concept has stood the test of time in magic history.

With that said, we are proud to introduce Repair by our friend, Juan Capilla, all the way from Spain. Juan brings you a hyper visual Torn and Restored card effect that ends absolutely clean.