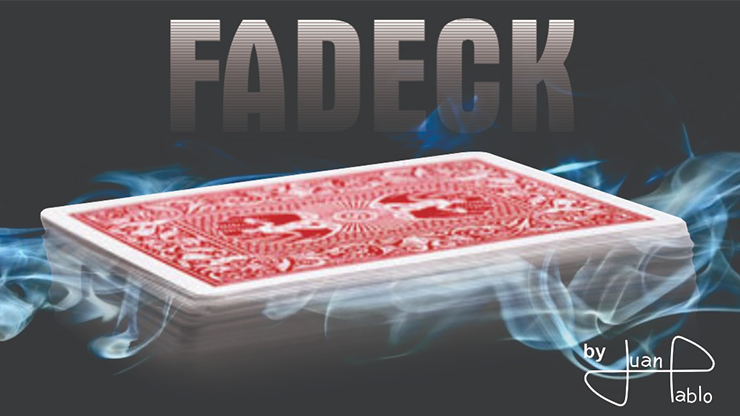 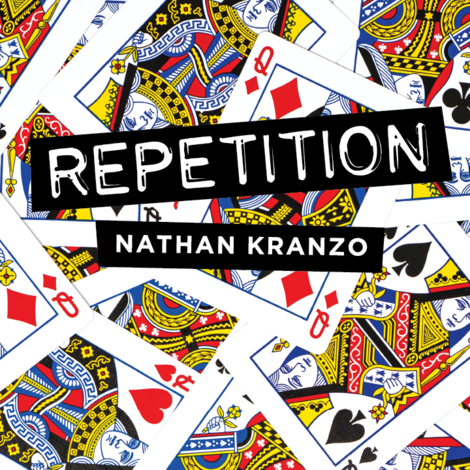 When the Kranzilla attacks a classic you know there is going to be a twist. Counting cards and tossing them away only to have them return to your hand is a trick that’s been around the block, but in Nathan Kranzo’s hands it not only becomes engaging but gets a kicker ending your audience doesn’t see coming. This is Nathan Kranzo’s...

Magician spreads the cards, there are a variety of numbers and marks in a loose order Have the audience remember his/her favorite card, take the chosen one from the cards. The pattern on the back of the cards is all in blue. However, when the magician takes a glance at the back of the chosen card, it turns red!

Stephen Tucker's brilliant BLIND FAITH is truly the workers Monte routine - in-the-hands, visual, easy to do and ends with a KICKER! 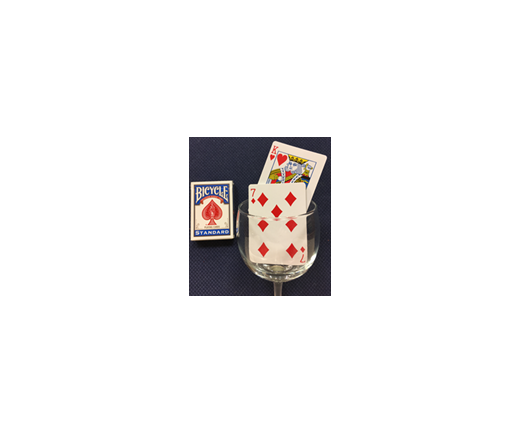 Hand Crafted in the USA by Daryl Cutler

WHEN SUPERSTAR ENTERTAINERS WANT TO BE ENTERTAINED, THEY CALL BRIAN GILLIS. AND WHEN BRIAN NEEDS TO LOOK LIKE A SUPERSTAR, HE PULLS OUT THE PEEK PACK.

This multiple-selection mental miracle is perfect for close-up or stand-up to manipulate the minds of the audience without manipulating the cards!

This is the perfect way to disappear cards. No need to describe too much, please watch the trailer video directly.

Not only the effect is strong, but also has the following characteristics:

WOW JUMBO Vol.1 (Face of a card changes once.)

This is the jumbo cards edition of 'WOW', the magic beloved by magicians all around the world!

Please experience the new visual that only jumbo cards can bring.

In the instruction video, how the jumbo cards are managed in the promotion video (an easy way to... 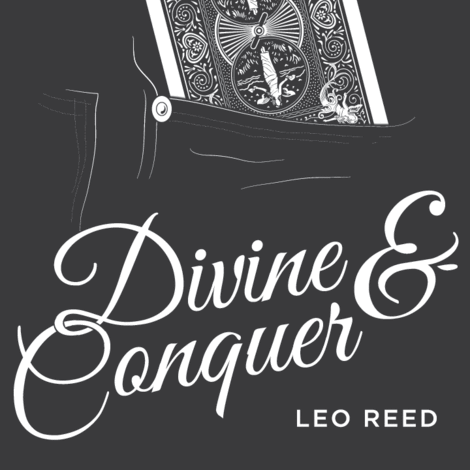 Divine and Conquer by Leo Reed

Divine & Conquer is one of the most direct demonstrations of mind reading and magic that you can do with a deck of playing cards. Two selections from the spread are merely thought of, yet the magician can name one and produce the other with perfect accuracy and zero sleight of hand. This is Divine and Conquer by Leo Reed.

Your spectator chooses ANY card (no force). The selection is signed and placed back into the deck. The deck is tossed in the air. Then, just like Bruce Lee, you KICK the cards in mid-air. Your audience loses their collective mind as they notice the signed selection is TIED in-between the laces of your shoe! You untie your... 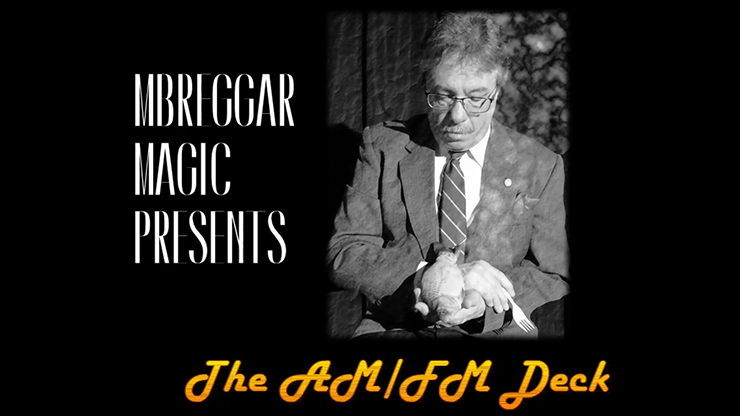 AM FM DECK by Michael Breggar


The perfect forcing deck for working pros and a few cons.

The spectator calls a number and deals down to that card... it is the card you predicted! Or, they just start dealing until they wish to stop. It's the predicted card. Or... well, you get the point.

Here's the thing.... they call the number, they remove the...

From a deck of cards, the magician removes and tables four cards making four different predictions.

He predicts that instead of doing another card trick, it's time for a coin trick. When the cards are removed, four coins are seen lying on the table!

This clever gimmick allows you to produce four coins (halves or... 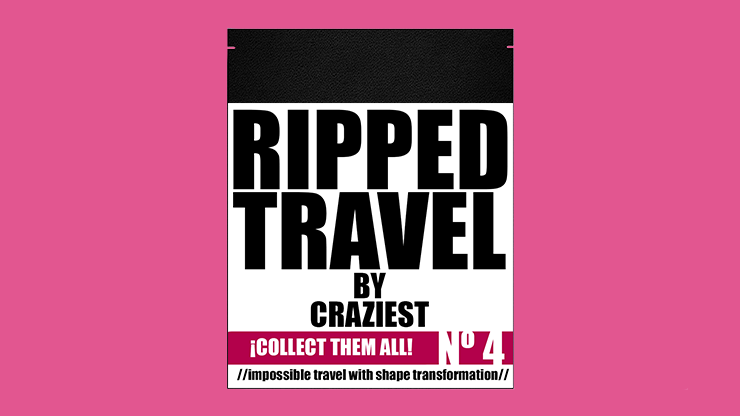 
The team at Craziest introduces you to an open prediction as you have never seen before! 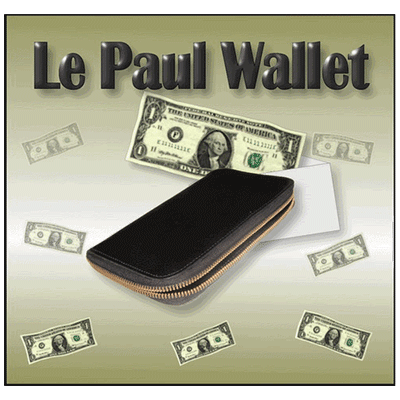 A Borrowed And Signed Banknote Is Found Inside A Sealed Envelope Taken from A Zippered Wallet.

The performer asks for a loan of a banknote. The spectator signs their name on it before it is then vanished and later found inside a sealed envelope that is taken from a zippered wallet. In the instructions you also find how to vanish... 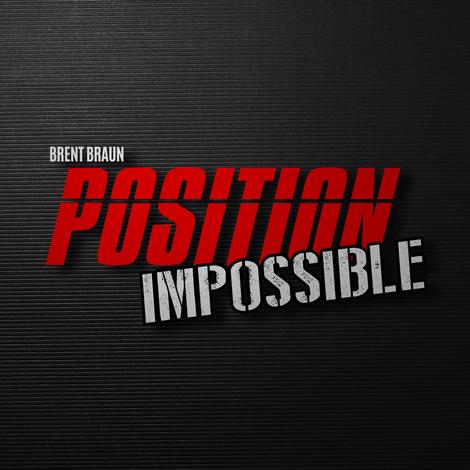 "A VERY strong card at any number attainable to magicians of every skill level! I WILL use this!" -Cody S. Fisher

Brent has been using Position Impossible to close his shows for over 5 years. It is now your chance to learn why.

A card is chosen, signed, and lost in the deck. The cards are shuffled face up into face down, and shown to be mixed on both sides.

Without any funny moves, you spread the cards and show they are all now facing the right way, except for their chosen card.

Petroleum is the cleanest, most direct triumph effect we have...

Mike Breggar comes up with some of the most commercial presentations for self-working magic, and 'Art Attack!' is no exception!

Offering to demonstrate some performing art, you remove a some art postcards that have been chopped up - literally into pieces of art!

The spectator shuffles them around, whilst you... 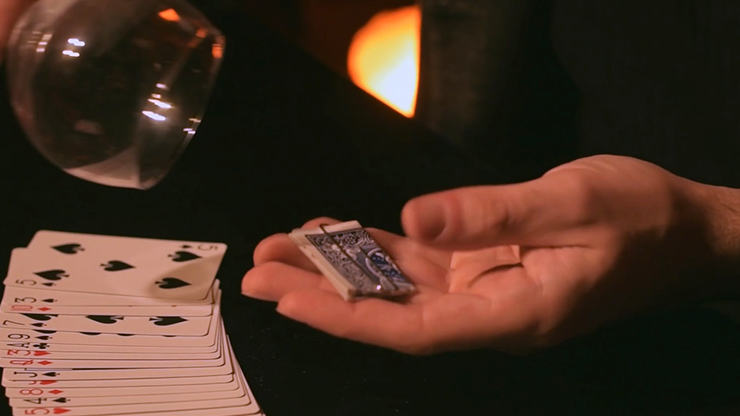 Just the Soul by Adrian Vega


"I just saw Adrian's effect Just The Soul. He has hit it out of the park again. So direct, so amazing and so practical. This might very well be his best release yet!."
- Marc DeSouza

"Just the Soul fried my brain completely! It's exactly what a CAAN should look and feel like, PURE MAGIC! It brought me back...

Every once in a while a new gaffed deck comes along that makes everyone sit up and pay attention. The CVF Deck is one of those decks.

A totally self-working, incredible deck that allows you to easily perform a genuinely eye-popping miracle.

It begins innocuously enough. A card is freely selected, signed, and lost in...

Nice To Meet You 2! by Masuda Magic

You stand your business card on the flat surface of a card box, and even though you release the hands, your card is still standing on its own.

You rotate the card box to show its backside, but there is nothing suspicious that can be spotted.

You can also stand your card on a cleared table.

COLOR VISION is designed by JL Magic. It is invented to use for virtual tricks, just find a perfect angle.