Technology has such an intimate relationship with people in this day and age.

People practically live off their phone.

Enlarge by SansMinds Creative Lab is a commercial effect that's designed to surprise people with what they believe they already know about technology.

FIVE IN A HOLE by SMagic Productions

A good piece of magic is magic that looks totally impossible. Modern magic is visual - people are amazed when they can actually see magic happening instantly. At those times, they are stunned in silence by what has just happened. Welcome to FIVE IN A HOLE, which achieves BOTH of these objectives: magic that looks absolutely impossible,... 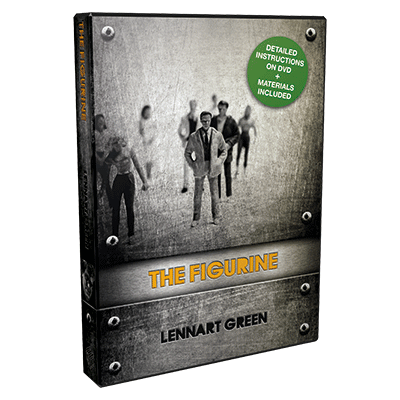 
Lennart Green created a sensation when he first introduced Figurine to the magic world. It is an amazing demonstration of magical origami. A piece of paper is folded and sculpted into a perfect miniature statue, a figurine. It is one of the most intriguing close-up effects for years and makes for an amazing talking point in any performance....

"This is one of the most versatile close-up magic props I've ever created. Everybody wants to examine the marker. Some people laugh. Some are shocked. But it always gets a strong reaction." - Jay Sankey

What's real magic to you?

To us, it's magic you can do with everyday objects.

It needs to be visual and it needs to look like it's totally unintended.

Gumbelievable is our pet effect that we do day in and day out in casual settings.

A visual effect that's light and breaks the ice.

Hole in One by SansMinds Creative Labs

We honestly feel that good magic is magic that solves a problem.

Modern magic is visual -- people can not only see the magic happen, but it also visually puzzles them in a way where their minds simply can't process the logic.

Hole in One does all of this. It's super easy to do, and waits in your wallet until...

It lays down only for you! A small bottle is set on the table by the magician. It is seen to lay on its side. But when someone other than the magician tries to lay the bottle on its side, it jumps back to an upright position. Only the...