Place a blank piece of paper on the machine surface.

Pull roller over the paper and it will appear to magically print money. (use with any currency)

Honed to perfection over nearly three decades, the Bernstein Linking Pin Routine is as sharp and mystifying an effect as you will ever see.

The magician links two large safety pins together, fairly and plainly. On his command, the pins visibly and slowly melt apart. The unlinking of the pins actually looks like trick photography....

Imagine having the ability to instantly freeze water at your fingertips!

Sub-Zero is a revolutionary technology that allows you to perform mind blowing magic using the most basic element of life. With this DVd you will be provided with a gimmick which will turn any ordinary glass of water into a powerful instrument of deception,...

An empty and crushed can of soda magically restores and refills before the eyes of the spectators.

Impossible to improve? Here's the 2.0 version of Anders Modens ingenious Healed and Sealed Soda, the effect originally performed by David Blaine on "Vertigo".

Anders Moden shares his thoughts on the methods, the...

The perfect "signed" coin to watch!

WATCHED is the next generation "Card to Watch". It is totally new. WATCHED is a specially designed fully functional timepiece.

This watch is revolutionary in its design and ease of use. This effect can be performed anywhere, anytime.

Imagine, taking a borrowed coin from an...

The Divining Rod
by Allen Zingg and Blaine Harris

Peter Marucci, the clever and very creative Canadian performer of a diverse blend of magic and mentalism, shared a brilliant approach to the neo-classic "Hot Rod". Not your father's "Hot Rod" any longer, Peter suggested an approach that gives this... 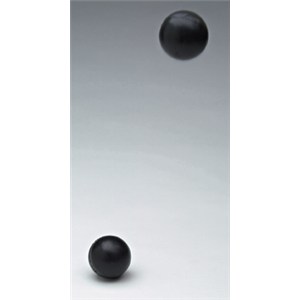 Two rubber balls that look and feel the same... but try bouncing them! One rebounds in a very lively manner but the other... well it's totally bounceless!

The DVD teaches TWO complete methods, one of which requiring NO gimmicks of any kind. Perform it with a borrowed bottle. A Pepsi bottle. A water bottle. Any bottle.