Killer in Manilla by Alex Latorre and Mark Mason

I ABSOLUTELY LOVE THIS EFFECT.

A regular Manilla envelope is freely shown on all sides and is placed on the table. Any card is selected, signed and then lost into the deck. You claim inside the envelope there is a $20 bill (any currency can be used)....

The most visual magic effect of the year "Flash Pack" created by Gustavo Raley, returns with a new version, now with M&M.

Flash pack by Gustavo Raley is so magical and visual that the transformation looks like a camera trick but you can do it live.

The trick comes ready to use and it's very to do.

"I remember having great fun with Tenyo's Flash Dice when I first began to learn magic. Sonic Dice is so much more than that."
- Hanson Chien

Imagine being able to control a roll of the dice at the speed of sound. This is SONIC DICE. Here is a summary of the effect:

Step One - Five dice are placed...

Prepare to rethink what you knew about Paddle Tricks!

Ever make a Paddle Trick from a kids' toy? Canadian TV Star and magician, Eric Leclerc, did! It's a great strolling magic trick that is fun to perform for kids and their families because, when you tell them you made your first magic trick from LEGO blocks, it's believable...

Beautifully simple, yet powerful magic doesn't happen very often, but it
Ultimately comes down to creating a powerful fusion between the method and effect.
You know a good trick, not when you see one, but when you experience it.

This is the first trick, in a long time, where every magician...

SOCIAL ASSISTANT by Calix and Vincent

Social Assistant - Mentalism in your pocket

Social Assistant the app for mentalists who has nothing to hide.

Use YOUR SPECTATOR's cell phone in CUSTOMIZABLE mentalism effects.

The phone screen is never hidden, it remains VISIBLE.

With Social Assistant, you can make divinations, predictions,...

Change visibly the shape of a shadow ! A special effect LIVE!

Very easy to do and instant reset

You show a small plastic sculpture as your prediction and some cards with super heroes names on them.

A spectator selects a card/superhero

You light up the sculpture with the light of your smartphone... 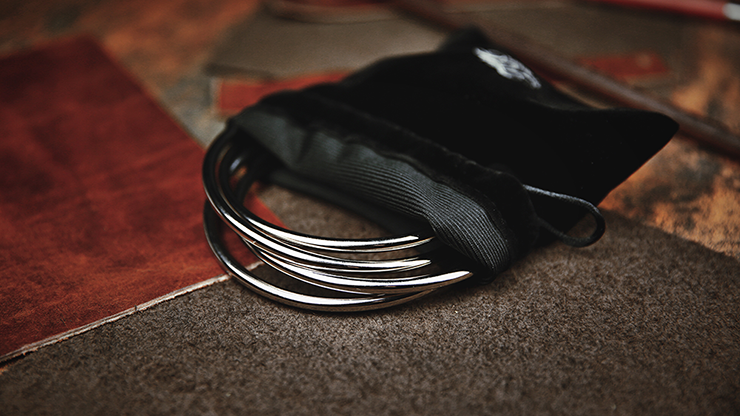 
Close-up version of the Chinese Linking Rings, with super attention to detail!

The Chinese Linking Rings is one of the most popular and classic magic tricks in the world. There are many wonderful magicians who have produced and developed the sets, moves and routines. They have shown genius abilities in their contributions and dedication...

George Iglesias does it again! A great not only trick but, a full powerful routine! Packed with lots of mentalism, comedy gags and entertainment! A total sold out at Blackpool Magic Convention 2020!

Design to amaze, Airplane Mode by George Iglesias is a new and...

There is a saying that simplicity hits the hardest. Vanishing Band is exactly that.
We are honoured to have Romnick Tan all the way from the Philippines to share with us the brilliant concept behind this project.

You start the presentation by taking out a single rubber band and stretching it out. Without...

Imagine being able to make a bill appear inside a fruit in these impossible conditions:

To be able to perform this miracle you will only need a small gimmick that will fit...

Imagine a gift box with multiple activities for the spectator to choose that allows you to predict a surreal experience that will be unique and unrepeatable!

DREAMBOX allows you to predict with a PRINTED VOUCHER a surreal experience chosen by one or more spectators.

How?
You give a participant a credential from... 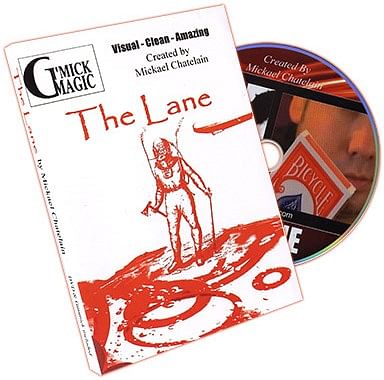 The Lane (DVD and Props) by Mickael Chatelain

A card is selected by a spectator. The same card is signed on its face and returned to the deck. The deck is immediately given to the spectator who is asked to inspect it and cover the deck with their hands afterwards. You show a board covered with stickers. Peel off one of them and apply it to the center of the Bicycle card case. (In...

invisiBag is VERY easy to perform with right out of the box and will certainly BOOST your creativity to the next level!

To get you started...

An instant disappearance or transformation of a magic wand into various objects! You are limited by the objects' size and your imagination only!

Find your own effect with our incredible Flash Wand!

Here are only a few effects we suggest:

- Total disappearance of the magic wand
- Transformation into a small...

With our Perfect Switch Wallet, you can do standard tricks: transformations, switches, appearances; with cards, money, business cards.

Apart from being made of high quality leather, what makes our Perfect Switch Wallet so different from similar products?

There is a grand finale with is our Perfect Switch Wallet - the...

You begin to tell the story that you've shot this "instant" picture...

THE BEND by James Kellogg

The Bend is the simplest key bend you will ever perform. James Kellogg Jr. has created a new key bend. The Bend is an effect that is completely under your control. This unique method requires no need to worry about temperature control required to "bend" the key. The magician shows a straight key and without any sleight of...