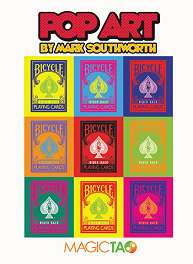 If you are not familiar with the...

Three balls resembling the colors of traffic signal lights are placed in a cylinder one by one. When the cylinder is removed, the balls are seen jumped from one position to another!

A very fun trick which is suitable for a theme related to traffic rules break.

With Lego Frame you will be able to change a Lego image for another in an unbelievable way. The change is so impossible that you may not believe this is real Lego. BUT IT IS.

Lego Frame comes with 30 different templates/images to personalize your show. This is perfect for stage...

An amazing new gag created by magician Rigel from Mexico, a rose is handed to a spectator and when its hold, in a quick and graceful manner the rose wilts but at the same time her stem becomes super long dropping all the way down.

An ideal gag for comedy magic, children's magic, clowns, MC's and much more!

Everyone asking about this... So now we proudly introduce PRESTIGE 2.0 Non-Elastic, big changes:

Three years of manufacture upgrade this trick If you are not familiar with the original prestige, here are...

PRO BOARD by Anton James and the Magic Estate

The ProBoard is the PERFECT switching pad that allows you to write down a word, image, number, prediction or anything else you want on a piece of paper and impossibly change it or secretly switch it! This is the ProBoard by Anton James!

Completely different than our "One to Six Spot Card." In this gambling themed routine, created by Bob Wagner, you show the different ways one can roll a winning number at the craps table ending with the card being blank on one side and seven on the other.

Because it require a different...

Rocco, the originator of "light from anywhere" and Murphy's Magic are proud to announce SUPER BRIGHT PRISMA LITES™.

For hundreds of years magicians have dreamed of harnessing light with their bare hands.
With SUPER BRIGHT PRISMA LITES™ you will have the ability to control light with superhuman ability.

Sketching Svengali is a wonderful piece of magic for the whole family.

It is easy to do with very little practice.

The performer presents an envelope, that has been in view the entire time. Inside is a picture of a...

David Peters, (who use to work at Murphy's Magic Supplies) Great Grandfather invented the movie clapper.

He was a magician and sound man for television. His stage name was Leon-Leon. He invented the clapper and the Boom-Mic.

More than 20 years ago, my dear friend Rey Ben had a fabulous idea. The Cut-no Cut scissors but...

A three-piece "Spirit Trumpet" by P&L

Collapsible aluminum trumpet used in spirit seances to aid in the projection of voices from "the great beyond."

Switch Board by Martin Andersen

This "gadget" has been a fetish toy for many magicians and has become a collector's item. Quite a few different versions have existed, but their appearance and presentation often relegate them to an electronic novelty or puzzle. Few versions are truly magical.

At IDEAA Lab we have set two goals: reduce electronics...

With it, you can make plenty of confetti, a huge explosion flame, incredible fireworks or...

All the materials are made of plexiglass.

The magician shows the audience a crystal tube with three large colored dice (black, red, black) on it.

Firstly, he places the dice inside the hat one by one and shows the crystal tube completely.

Then he puts the back...

Not just a quick trick shot... a full, highly entertaining close up, cabaret and stage routine.

First, you impress your spectators by transforming a napkin into an 8 Ball.

Then you trick them into a...