For the first time on the market, a bow tie that appears from nowhere near the magician's neck. For this effect, it will be necessary to cover your neck for a second with a newspaper, a scarf or the like and a bow tie will appear out of nowhere.

Easy to use, made with the best materials. It's...

We present a large bottle built to contain milk or other liquid.

After showing it, the liquid contained inside will start to diminish and vanish. A high quality bottle for professional use.

After placing a fluttering dove inside a box constructed of newspaper, The box is openly disassembled.
The performer actually punches through each paper panel hanging them from his arm like bracelets Proving the dove has mysteriously vanished!

Audiences love surprise productions - here's one you can do! The magician displays, in his hand, a transparent box containing six colored silks - he is able to show it in all directions, even surrounded. One at a time, he removes the silks and, magically, the box has turned into an aquarium filled with water and live, swimming goldfish!...

Gene Elmo's now classic Silk in Apple has been done by many people without giving proper credit to the creator. Scott has secured special permission from Marty Hahne, who is the curator of all the Elmo material, and has put together his own take on Gene's seminal work. The routine strays from the traditional versions of coring the...

East meets West...in a showdown for the ages..the change bag is engulfed in flames!

ECB (or "extreme change bag") is a revolution in transformation effects, as you place anything into an empty bag, only to have it BURST INTO A FLASH OF FIRE...and WHOOSH..your white silk becomes a dove. 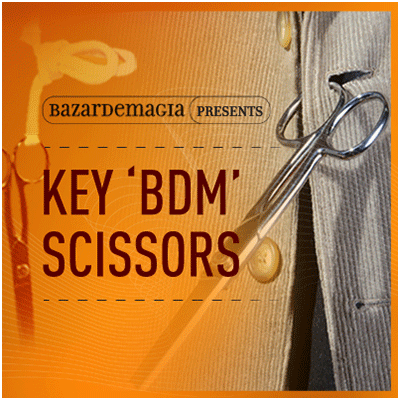 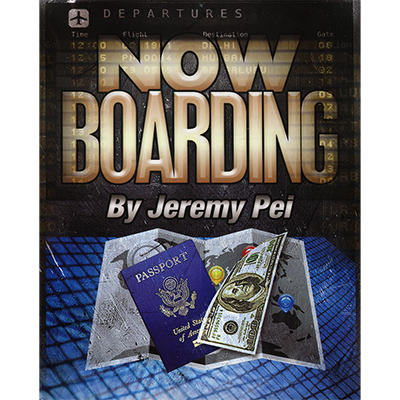 Want to amaze your audience by producing something in an incredibly magical way?

The most beautiful box we've ever offered! This is a LARGE, red lacquered, production box with two doors in the front. The entire lid opens too! Show the box empty, briefly close the doors, then lift the lid and open the doors to show a live rabbit...

Santa and The Candy Canes by Ickle Pickle

You know and love all of our Triple Prediction cards, but this version is going to stir up some real holiday magic!

Spectator selects a card, then he points to a second card, then he decides whether he wants to keep the first card for himself or trade cards with you. The third card goes in the bag. When he's finished making all...

A large metal tube is displayed to the audience. It is shown to be completely empty by the magician who passes his magic wand or even his arm through it. When the audience is satisfied, magician proceeds to produce silks, streamers, spring flowers, confetti, bills, sponge balls or just about anything else that will fit in it. Well made...

The stainless steel leak proof load chamber allows you to use these tubes...

Liquid magic holds a special fascination to audiences of all ages. This special device can make any liquid vanish or appear at will. Turn the shiny can upside down to prove that it is empty. Drink a glass of water. In a moment, slowly turn the Foo Can over and the water pours out of it into your glass.

Fantastic Opening Bit to Your Act!!

Magician walks in front of his audience with book.

He opens the book and begins to pull out all sorts of items: Tubes, Boxes, Soda Cans, Peanut Butter Jar, Fruit, Etc. The audience is flabbergasted, as the book is not large enough to hold the objects that came out of it. ... 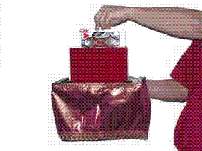 A model of the popular Jack Hughes' sucker effect, where a Jumbo Queen is vanished between two plaques resting on a draped tray. The audience first learns how it is done with a backstage view, then you fool them all over again. The props supplied are attractively made in acrylic, complete with dared tray, plaques, and card. You can...

Coins. Glitter. Salt. Milk. Juice. M&M's. You can make so many things appear when you perform AmazeCups.

You show three small cups, one at a time. Each is completely empty. Snap your fingers and you can pour a stream of shiny pennies, a cascade of sprinkles, or a cupful of milk. Watch the video to see how easy this is...

Blades Thru Arm by Daytona Magic

With the blades laying on the table place your arm through the device. Remove your arm and replace it again. Place the blades into the device, and now you can open the box. Don't forget to wiggle your fingers! All that remains to do is close and latch the box. Remove the blades and show that your arm is restored.

"It is the first time I've seen such an evolved thing in such a small volume."
- Ga�tan Bloom

Performer displays several lit bulbs (LEDs) on a display stand. They are removed one at a time and dropped into a tea cup, along with a piece of flexible wire. Everything is now "swallowed", the cup being shown empty. Finally the length of wire is pulled out from the mouth, with all the lit bulbs threaded on it.

The magician shows a stack of brightly-colored Christmas cards, as if pieces of a puzzle. These are shown one at a time and placed back into the stack. The cards are scattered and bundled up... and, the next moment... the individual cards have turned into a single big Christmas sheet!

This is very visual and quite beautiful - and...