Transformation of Chocolate Pan to Ball or Dove Pan - Tora

This item is new and so interesting which is made with high quality! The performance is that the magician shows a pan full of true chocolate. Then, he puts the lid on the pan and when removes the lid, the chocolates are vanished and changed to dove or a pan full of balls or flowers. The pan is metallic finished with bright silver chrome...

This Product was produced and designed by Tora Magic Company.

This product allows you the magician to place a living dove inside a box and set it on fire, but that's not all....
Then you insert 5 Spikes into the side of the box and remove the back to show that the dove has disappeared and that the...

My Drink Trick by International Magic

A comical tale of cards, money, booze and dames!!

With 14 surprises in this incredible routine, the effect is performed to an amusing gambling story, whereby the magician shows four face down cards. They're counted again, but one card is now face up, count again and two cards are face up. Many other tricks... 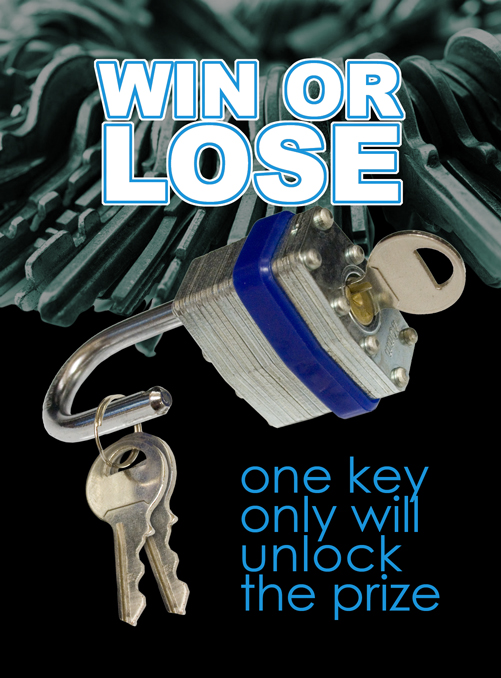 Perform 100's of Different Routines You Control the Outcome

Show three keys, only one opens the lock. Make a wager, mix the keys, two spectators select a key for themselves, the remaining key is yours. They can trade their key for your key, but it doesn't matter!...

Transition by Way and Himitsu Magic

Audiences love seeing one object magically transform into another. And turning Coke into water? WOW!

Transition is a very visual magic.

1. Cola slowly flows out and changes into water. Slowly pour the bottle into a glass. As the liquid flows from behind your hand, the stream is cola above your...

Smoke and bubble, the perfect combination.

Now you don't need to smoke a cigarette, or even another device to place smoke inside a bubble. S.B. Tube does it all. The S.B. Tube allows you to generate and blow smoke into a bubble. You can blow your regular bubble, and when you need smoke, just press the button --... 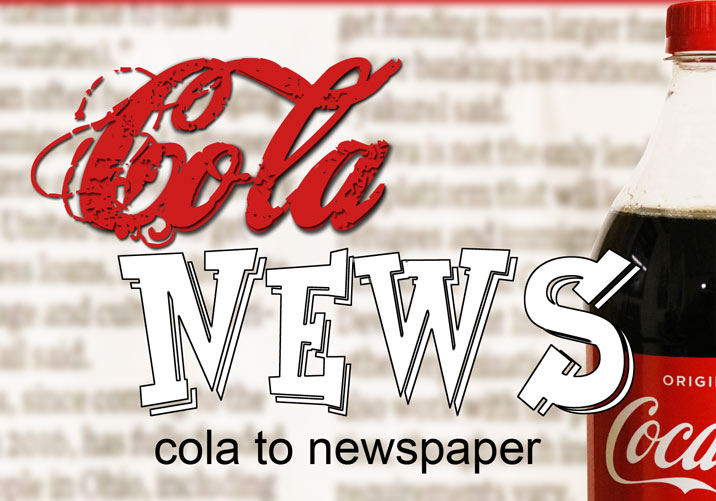 Toss out your old milk pitchers and make room in your magic act for the next greatest thing.

The Cola News, cola in newspaper is the next greatest thing in magic. It works just like the old milk pitcher. The best part is... It is totally unexpected.

The magician takes out a full bottle of cola. Opens it and proceeds...

Effect: In absence of the performer an assistant vanishes a picture of an Elephant from inside two boards. But the elephant is discovered by the audience hanging under the tray due to foolishness of another Assistant. The performer then enters into the stage to control the situation. He vanished the elephant, but to foolish assistant...

A wonderful demonstration of mentalism!

A card is predicted and sealed in an envelope. The envelope can be held by an audience member throughout the presentation.

Next, a deck of cards is examined and shuffled by a spectator. A colored disk is placed on an easel on the magician's table. After the cards are fully shuffled,...

When you're in a close-up or parlor setting, this has to be one of the strongest pieces magic you can perform. You will leave them speechless when a full bottle of wine appears right in front of them.

This was David Penn's opening routine when he won The Magic Circle Close Up Magician of the Year and The IBM Close Up Competition....

Half Full by Scott Alexander & Puck

Half Full is a versatile trick that can be a quick opener, or a full five-minute routine of comedy and audience interaction....

Psycho by by Inaki Zabaletta and Vernet

One of the best classics of all time but now renewed, we are talking about the legendary "Card Stabbing". This act has everything we want in a routine: comedy, challenge, audience participation, strong magic and hitchcockian tension. From a shuffled deck five cards are freely selected, noted and lost in the deck, one spectator blindfolds...

With this magic wand, you have great comedy built into your routine! The Ribbon Magic Wand is a fabulous tool to put smiles on your audience during childrens' shows. I'm sure it will be your favorite magic wand, making your show more magical, comic and fun.

Give your little spectator the magic...

Are you looking for a handy way to vanish objects such as rings, bills, watches or more?

The handkerchief's material has been carefully selected -- it will not be affected by light.

This handkerchief is exclusively designed to make objects vanish or appear.

This one is WILD! It's a great way to produce items magically. Open a black box, and remove a white box from it - the white box practically filled the entire space of the black box. Open the white box and remove items from it. The black box is then shown to ALSO have large items inside. How can this be? There was no room for them! Best...

Three and a Half of Clubs MEGA CARD

You offer a bet of $100 (taking a $100 bill out of your wallet and placing it on the table) that you'll accurately predict a card chosen at random by a volunteer from the audience. You lay the Mega-Card (11 x 15 inches) with your prediction face down on the table.

You then ask the volunteer to select a card from a regular...

CITRUS: The Next Generation (C1) by Nourdine

CITRUS: The Next Generation (K1) by Nourdine

Get spontaneous applause and WOW's from your audience!

Show a giant white die on all sides. Place it into a box. Take it out of the box, and it is now RED! Again, show it on all sides and place it back into the box. Remove it, and now it has different colors on all sides! Unbelievable!

Fun to perform, and this gets a...

The magician shows an absolutely empty glassy briefcase to the audience. In his hand, there are 4 different kinds of money. He asks a volunteer to choose one of them. He inserts the selected bill into the glassy briefcase and, in an INSTANT, the briefcase is full of the chosen money.

Over and over again, spectators choose different...

Want to produce objects in a way that will make your audience's heads spin? Read on!

Show a beautiful-looking and totally empty box to the audience. In an instant, many items appear from the empty box by magic!

This box was produced with the finest wood available and is skillfully hand crafted.

Here's a fun way to continually produce items, one by one, as if the magic won't let it stop!

Show a totally empty paper bag to the spectators. Then, magically produce 12 colorful bottles from it!! Each time you produce a bottle, you surprise the audience and produce another one - twelve in all! They just keep coming!