Ask a spectator to choose a card from the deck, remember it, and return it to the pack. Present the sand frame, then cover it with a silk. Ask the spectator to concentrate on their selected card for a moment, then uncover the frame. The face of their card is now presented inside the frame! A perfect routine for the audience; even though...

Every Magician Needs One!

A great looking top hat with a hidden compartment on the bottom. 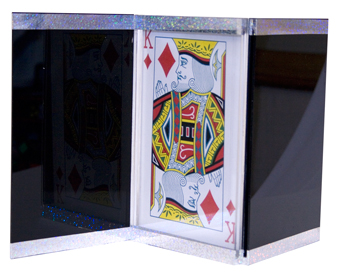 A black acrylic Jumbo card holder with a clear center panel is shown and closed.

A card is chosen from the jumbo deck and caused to vanish. The card holder is opened and the chosen card has reappeared in the card holder.

This unit can also be used to vanish a jumbo card as well. 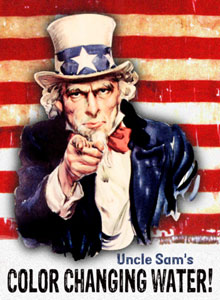 Instantly turn clear water red, white, and blue! Uncle Sam's Color Changing Water is a great way to incorporate the colors of the American flag in your act. Freedom fantasies and amazing magic all rolled into one!

Show your true colors! As you pour clear water into three empty glasses, the water turns a different color in...

It's time to throw away your grandpa's milk pitcher, and get ready for Evaporation! This is brand new method for making liquid disappear!
About a year ago I began creating Evaporation out of a need to make some liquid disappear. Evaporation's uniquie gimmick has...

Remeber when you were a kid and anything seemed possible? Well, now imagine anything is. As you display some ordinary bubbles you continue blowing them recalling the story of how important imagination is. Then suddenly you reach out and actually grab a bubble without it bursting. Not only that but as you go to hand it out, it has now turned...

Enter the stage holding a LIT white candle in one hand and a red hanky in other hand.
You cover the candle with the hanky.
The flame of the candle is seen above the hanky.
Suddenly he uncovers the candle. The candle has changed its color from White to Red!
The performer takes another hanky, blows out the candle and... 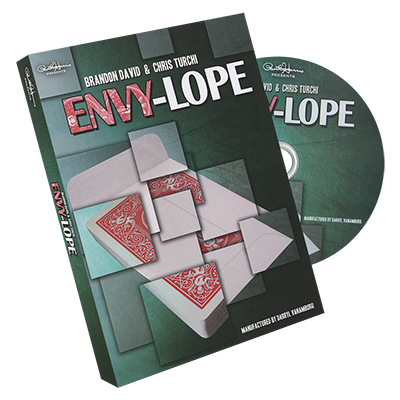 A lonely lost card is about to appear in an envelope in your pocket...when "BAM!" the FULL DECK in your hands VISIBLY MORPHS into an ENVELOPE! BOTH SIDES of the envelope...

Stand-Up Comedy Magic That Leaves Them Laughing and Stunned

You show six different colored feather plumes. Rolling up a borrowed sheet of paper forms a tube and the plumes are passed through the tube, one at a time. As the plumes pass the tube they magically change colors.

Each plume measures 17" in length.

The magician displays a small (5-inches round) aluminum pan and opens it, showing the inside empty. He places the lid back on, snaps his fingers and when he removes the lid again, a live dove (or any other object which fits inside) appears!

High-quality spun aluminum with a quick-action release and air hole on the lid.

A block like a Rubik Cube with a hole through two sides is displayed impaled on a metal wand inside a cabinet. The block is removed and covered by a square cover. With a snap of the fingers, the block is made to fly to the cabinet and is seen back on the wand. When the square cover is lifted, it is seen to be clearly empty. Beautifully...

The pitcher empties on its own!!! Milk is poured and then vanishes into a paper cone, a hat or a child's ear. A pitcher of some 2 liters can be emptied in seconds!!! You may use it as part of your magic trick routine for children or adults, as a single magic trick or you may combine it with other Classic Line tricks found at Bazar de... 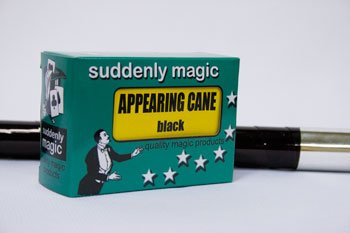 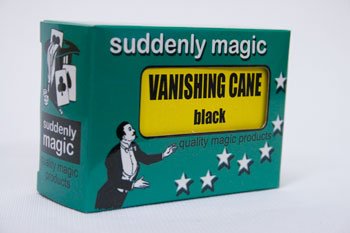