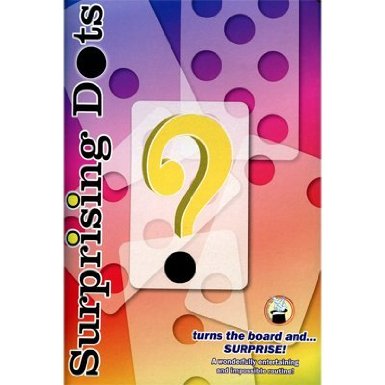 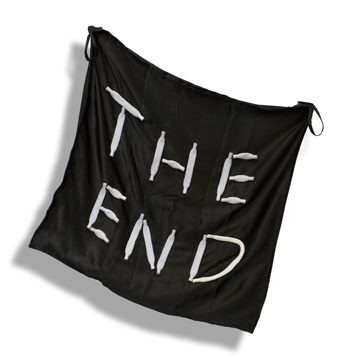 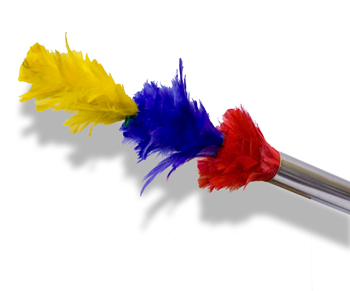 The Sting by Bill Abbott

An Introduction from Bill Abbott:
"In 2006 Lou Leventhal was contributing to an an online forum about a ring flight routine that he had just performed for over 25,000 people at Reunion Arena in Dallas, Texas. This seemed impossible to me. I had to find out what he was doing to make a traditionally close-up effect play in such a... 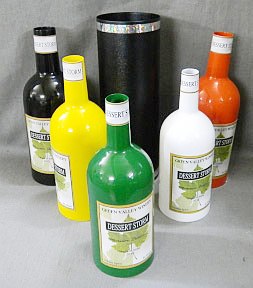 Performer displays a black bottle, and pours out a drink from this. He covers the bottle with a cylinder shown clearly through as empty. When the cylinder is lifted away, the bottle has changed to a vivid orange. This is repeated, with the bottle turning to Yellow, Green, and finally White. A drink is poured after each color change. Supplied... 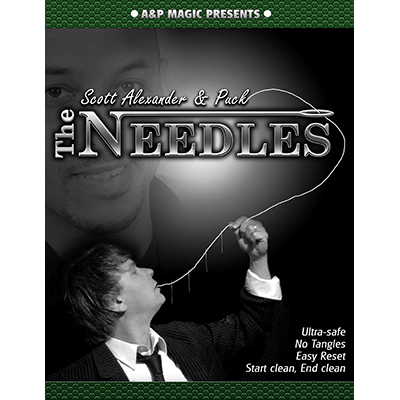 The Needles by Scott Alexander & Puck

Scott Alexander and Puck have teamed up to create what is best described as the most direct, safest and easily reset version of the classic needles from the mouth presentation ever devised. Scott is best known for creating the safest renditions of the Bullet Catch, Russian Roulette and Razorblade routines on the market, and this offering... 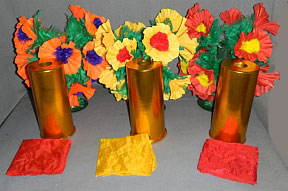 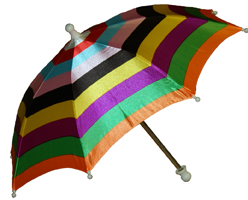 Produce from thin AIR anytime during your act.

A stage size version of the Kenard Mystery Box. A borrowed Bangle is placed at the base of a cabinet with a sliding door, which has been shown clearly empty. Performer now passes a wand through the two holes on the sides of the cabinet. When the Cabinet is opened, the bangle is seen to have magically "tangled" on the center of the wand.... 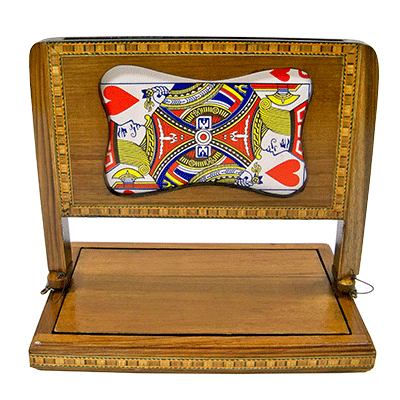