A metal cylinder is shown empty, the audience can see right through the cylinder. The metal cylinder is then opened from the seam and shown to be empty. It is then closed and a large silk is produced from the empty tube. Can be used to produce spring flowers and other sponge items. Made entirely of metal with an excellent finish, the tube...

This classic effect is now available in a beautiful set of pure silks at a reasonable price. As the magician is about to place 3 silks into a bag to turn them into a flag, one accidentally falls to the floor. The result is a crazy flag with no stars. After another mistake and crazy flag is produced, the real one emerges. All silks are 18"....

These rings fool the people that know how the original Linking Rings work.

With the magnetic locking feature you show all 6 rings have no gaps.


Another great prop from George Iglesias that Twister Magic is proud to present!

Comes with a real Coca Cola label on it!

You can even show it a few inches away from your spectators.A useful magic prop that, can be used in many different ways.

The new latex line of products...

Effects:
Several items are on the table, such as tambourine, a bell, cups, a pitcher of water and a glass, etc.
While holding the cloth with both hands you can: ring the bell, shake the tambourine, toss an object into the air.

Bob Swadling of England uses this to change costumes. Hold the cloth in front of...

This has the comedy finish which will WOW any audience. To normal appearances it is just a cloth bag, both inside and out. The standard or any of the elaborate "egg bag" routines can be done. The bag can be shown empty or the egg can be produced and vanished. As a climax for the trick the entire bag changes into a ridiculous looking chicken....

A set of 4 clear tumblers, of similar shape and design, each twice as large as the other. Milk poured from the largest tumbler fills the second largest, then the next, and finally the smallest. Or do it in reverse, filling the glasses from the smallest to largest. Special trick glasses and instructions. 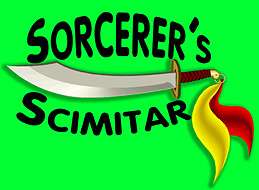 The sudden appearance of a filled glass is a completely baffling effect. Toastmaster is the perfect opener allowing you to produce a filled glass of champagne from a flat envelope. This unique gimmick allows you free mobility for a wine glass, and is easily stolen from the envelope supplied ( or your own) – Or produce it from under a...

"Quartet" is a very simple Ace Assembly. Both the effect and the method are ingenius.

Suitable for close-up or parlor. You display 4 aces which you very openly place into the stand.
Three indifferent cards are added to each ace.
One at a time each ace vanishes and reappears with the Ace of Spades!

The Sand Frame is a classic prop, where a picture or photo magically appears in an empty photo Frame. This model of the item is a sturdy wooden frame that will hold a Jumbo Card or a picture of the same size. A utility prop for many uses, we supply this with several ideas for its presentation. Frame measures 10.5" x 8.25", and is crafted...