We have several models of the Coloring Book, and this version with pictures of Cute Magical Monsters has proved to be the most popular of the lot. We have this now, in different sizes. You show a book with black and white line drawings. The pictures are magically colored. Then the entire book becomes blank. 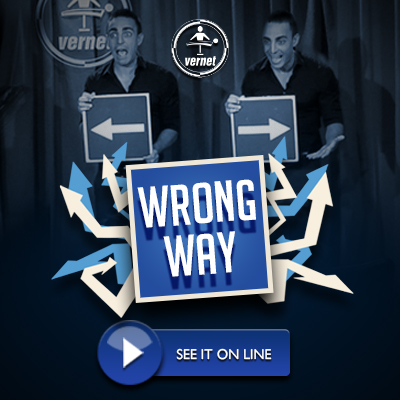 The magician displays a large traffic sign with a big arrow on each side and explains the importance of traffic going the proper direction. The arrow on one side is shown to be pointing left and the arrow on the other side points to the right. Now the comedy begins-the magician continues to show both sides of the sign, but now the arrows... 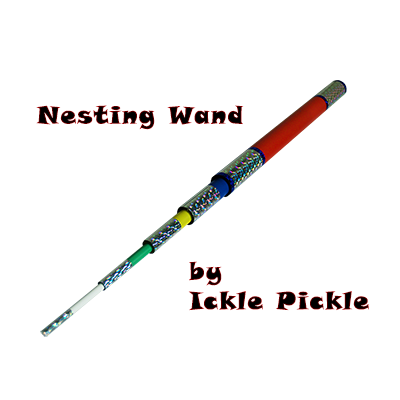 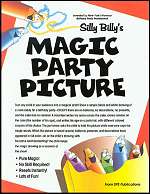 
Turn any child in your audience into a magical artist! Show a simple black and white drawing of a room ready for a birthday party -- except there are no balloons, no decorations, no presents, and the cake has no candles. A volunteer writes his name across the cake, draws candles, and writes his age on a party hat with his choice of crayons....

A group of children that you did a show for have made you a unique and special gift as a thank you. Wonderful though this is, it's not a lot of use for performing with. So using your special powers you set about changing one card, then the whole deck into a more familiar and useful design.

With the brand new deck you demonstrate... 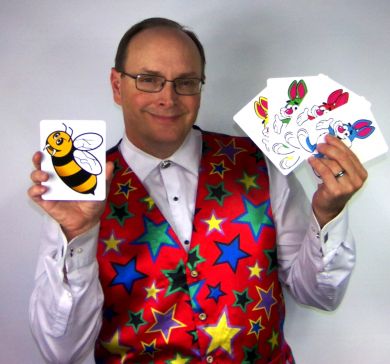 A routine that is guaranteed to stir the kids into a buzzing frenzy!

You display the backs of five cards each with a picture of a magic hat. Ask the children "What do magicians pull out of hats?" Of course they respond "Rabbits!" Turn the cards around and state that you have five different colored rabbits....

Use it the same way you would the old styrofoam wand, except this packs flat, inflates, self-seals, and is cheap enough to give away!

Hit yourself on the head or just use it as a funny jumbo wand. Comes with a complete routine in which you start with a 4" wand and then magically change it into a 24" wand.

You dreamed of jumbo cards for your children's shows, and now they're here!

Cards on which you will find colorful jungle animals with which you can make at least four routines and even more if you know how to show a little imagination.

The routines are described in video on a DVD that is included in the kit.
...

A kids show favorite! The performer removes a banana from his luch bag. Deciding to save it for later heplaces it back in the bag. Suddenly another banana appears in his hand. This is repeated over and over again.Just when you think the bag is filled with lots of bananas it is ripped open to prove it's completely empty.