Way Out XII by Marc Oberon

Way Out XII makes it possible to smoothly and quickly have up to 12 high impact, easy to read predictions right at your fingertips. And it easily fits in your shirt or jacket breast pocket; perfect for strolling, table hopping, and other intimate close-up performing situations.

No fumbling through elaborate indexes.

The Thought transmitter Pro is unique because it does virtually what no other "Peek" wallet in the world doesA spectator writes down a word, a card, or draws something on the back of his business card. The card is then placed between two  opaque  cards in an opaque wallet . There is no way to see inside of the... 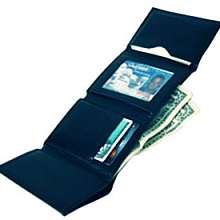 A spectator takes his or her own business card and writes down any thought. It can be a name, a number, a word or evena drawing. The card is placed face-down inside one of the pockets in the wallet. The wallet is closed and placed in the magician's...

Zodiacus was designed by Michael Murray to accompany David Sena and Pete Turners "Isabella's Star" effect along with its latest variations which were detailed in "Isabella's Star 2".

At its heart this is simply a subtly marked set of number cards but in reality this is so much more...

Now is your chance to perform one of the most talked about routines from the critically acclaimed "Educating Archer" DVD. John Archer's Chinese Choice is not just a trick - it is a powerhouse of a routine that blends comedy and mentalism to perfection.

If the name John Archer is not enough to make you buy this effect immediately...

Instantly give any spectator psychic powers! This is a stage size version of Devin Knight's best-selling Poker Tells. Considered by many to be one of his most baffling effects to date. This new version uses jumbo 5 x 7 inch playing cards so it can be seen from a stage. No longer a close-up item, but a stand-up item of mentalism that...

Effect:
Three cards are laid out on the table. On the center of each is a large colored dot. A spectator names any one of the three cards. The magician reveals a prediction that shows he knew before hand what color would be chosen! 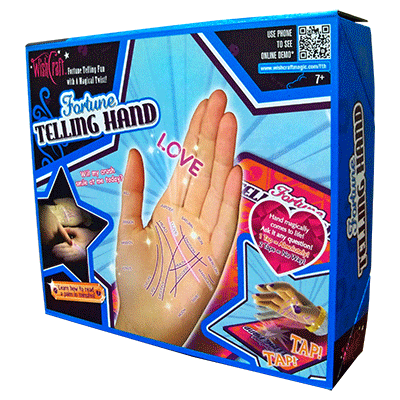 The illustrated Fortune Telling Hand teaches you the art of palmistry, so you can read your friends' palms in minutes. The hand can also answer your questions about the future by magically tapping out the answers all on its own!

Learn how to read a palm in minutes!

Marked Cards have been used by performers for a long, long time. Many magicians and other performers feel that they are one of the greatest tools used. Harvey Raft has thrown his hat into the ring by creating his own unique set of a marked deck of cards. Along with a marked deck he has included a number of unusual effects including one...

Effect:
A series of traditional ESP cards are introduced to a subject. For this test only two symbols are necessary - the square and the circle.
An experiment of psychic ability will begin momentarily. The purpose is to determine whether or not someone can psychically intuit whether the cards bear a square or a circle.Ten cards... 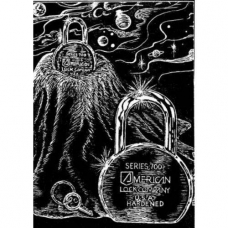 Radioactive by Drusko and Titanas

In this unusual effect, the performer writes a prediction and then asks a spectator to NAME ANY SONG. When the prediction is revealed, it is shown to be a radio frequency (like 92.4). The spectator can use ANY device (radio, cell phone, boombox, whatever...) and when she turns to that frequency, the station is playing the NAMED song. In...

Each effect is explained thoroughly detailing materials required, Set Up and Performance.