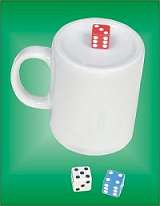 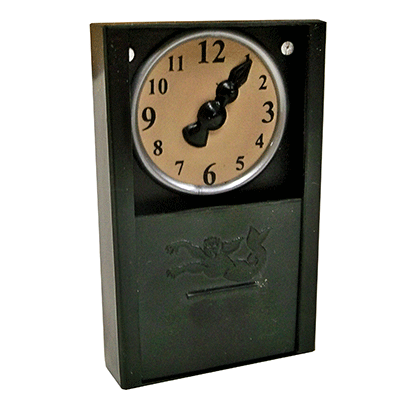 A small box with sliding door is introduced. When the lid is slid down the face of a clock is seen inside. Spectator is asked to mentally select any hour between 1 and 12. After the selection has been made the spectator is instructed to rotate the hand to show the selected time and close the cover of the clock. This is done while the performers...


Five different painted brass rods are shown. The magician turns his back while a spectator takes one, places it into the brass tube, and hides the remaining rods in the black sack. The magician then turns around and without touching or opening the container, tells what color rod is concealed in the container. The gimmick is incredible... 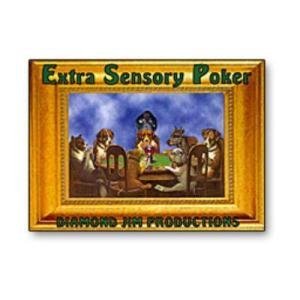 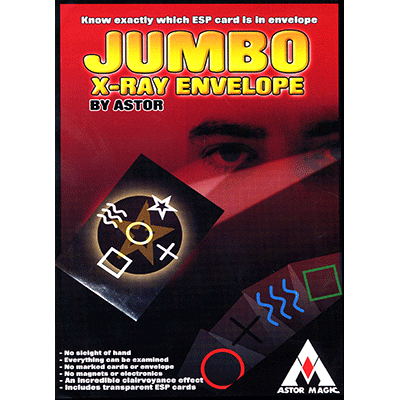 
A member of the audience is given a "Word-Search Puzzles" book, opens it at any page, finds a word in the puzzle and visualizes it in his mind. The mentalist concentrates for a moment and reveals the thought-of word!

If you do any magic or mentalism with ESP cards then stop using those boring plus signs, circles, squares, etc...

Uncle Moe's ESP deck is a standard set of 25 cards using images your audience can relate to: 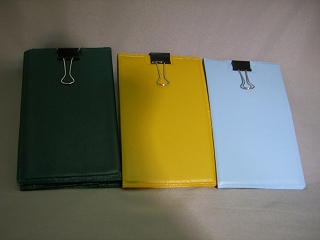 Magician shows 3 colored folders and asks spectators to pick any 2. When the spectators folders are opened, under the clips are folded paper slips. When the performers last remaining folder is opened, there, under the clip is the paper money. The folders are clever switching devices, like a Swap Wallet or Himber Wallet, and can be put... 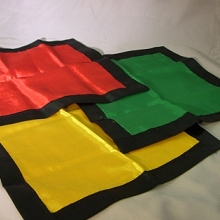 Magician hands over six ribbons, 2 each of Red, Yellow and Green to a. spectator. He states that he has placed three silks in a box (or bag), which will exactly match the spectator's choice. Now the performer asks the spectator to select any three ribbons from the six. The magician removes the three silks from the box, which exactly... 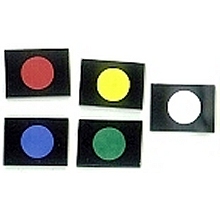 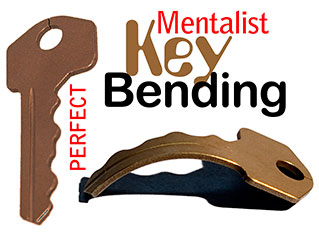 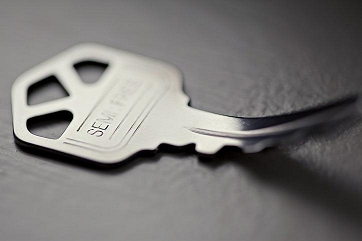 The key itself has been manufactured from a patented alloy, similar to the Self Bending Fork, and will stay in its 'set' condition, even hanging on your key chain - so you're ready to perform at a moment's notice.

Shift: Self Bending Key activates it's bending movements using ONLY your spectator's...

You place a prediction card face down on the table. The spectator deals cards into two piles. He gets a free selection of the top card of either packet. Much to the spectator's amazement the prediction card and the selected card are identical and match perfectly! None of the other cards match. 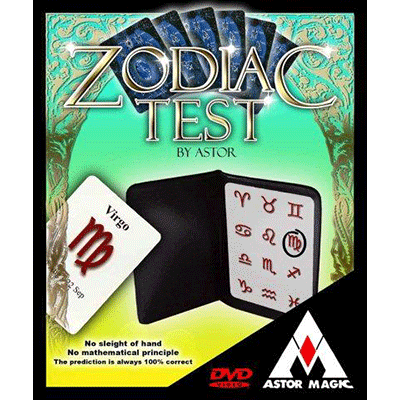 With this fantastic pocket trick the magician can tell what sign the spectator was born under. The Zodiac Test is not based on any mathematical principle. 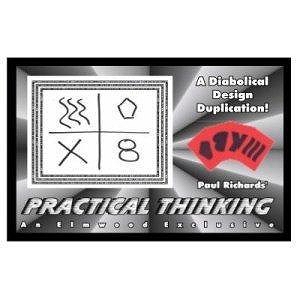 You display a stack of nearly two dozen plastic cards, each with it's own geometric design printed within it. You also display a laminated sheet and a marker. The designs are mixed and then each one of four spectators is asked to select one of the symbols, the selection is free....no force of any kind is used. The spectator is asked...

Four transparent envelopes, one of which contains a banknote, and each of the other three has only a small white piece of paper inside. Three spectators choose three of the four envelopes. All three contain white papers while the remaining envelope (left for you) contains the banknote. The routine is surprising and clear, performance is... 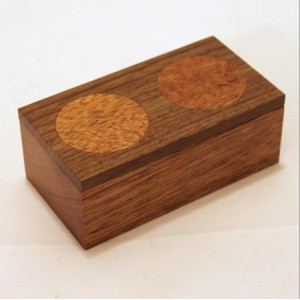 ESP Chip-Sational! While the effect is an old one, our new method and props bring this into the 21st. century. No expense has been spared to bring you a truly first rate effect. The quality of the woodwork is typical Viking quality, with great attention to detail. The chips provided are made of the finest professional material.... 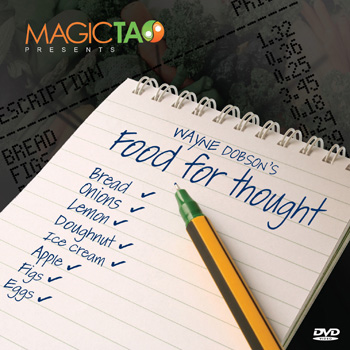 You have 16 cards; each with a different food item displayed on them – this is your shopping list. The spectator mixes up the cards. The spectator then chooses one of the cards. This is done twice. You are then able to tell the spectator which two cards they have chosen without you having to look at the cards. Very impressive!... 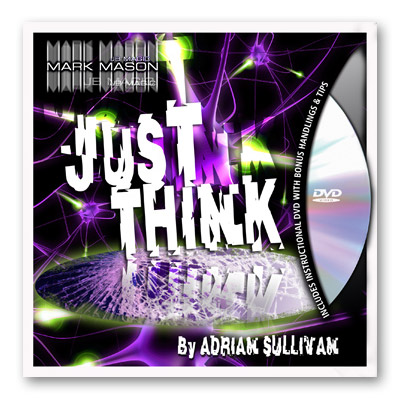 You ask your spectator to think of any playing card, this done they are given a piece of paper and a pen and are asked to write down the card they are only thinking of. The paper is crumpled into a small ball and placed in their pocket. You now run through a regular deck and remove one card only. Without ANY questions the card... 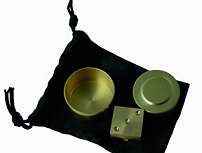 Hand your spectator this beautifully crafted brass die and two piece chamber. Have them pick a number between 1 and 6, place the die into the chamber with their number face up and cover it with the lid.

It is impossible to seethrough the brass chamber yet you are able to reveal the number they chose.

The Magic Clock is a close-up pocket sized miracle...

You hand the clock to a spectator and ask he or she to secretly turn the dial to any number. Before you take the clock back you tell the spectator to turn the dial backwards to prevent you from seeing the selected number. You then take the Magic Clock back and you immediately... 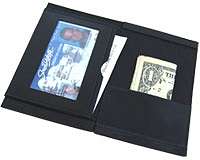 A spectator writes anything thought of on the backside of a business card and then places it face down in the wallet. The wallet is closed and the magician places it into his or her pocket. The magician can then tell the spectator his or her written thought!

This wallet is so deceptive and flat that it will even fool magicians....