You are provided with two books, one mystery novel and one self-help book. A spectator selects a book, turns to any random page, and picks the first large word they see. You then amaze them when you correctly predict the word they were thinking of! Can be performed using one or two spectators.

A brass container, lid, and five colored chips are presented. With the performer's back turned, the spectator is asked to select a chip, remember it's color and place it into the container. The spectator is also asked to screw on the lid and hide the remaining four chips in his or her hand. The performer then turns around, not being...


An entirely "hands off" effect! Let your spectator do all the work! With your back turned, a spectator can place an object into either one of the brass canisters. Now astonish them by announcing exactly which Paradox Box they chose, sight unseen!

Comes complete with a red and green Paradox Box in a professional black presentation...

Display five different colored brass discs and a brass container. With your back turned, a spectator selects and hides one of the colored discs. The remaining discs are sealed inside the brass container. Instruct the spectator to screw the top on all the way down and place the container on the table. Without being able to see inside the...

The performer shows a chart consisting of five colored ESP symbols. He invites four people to participate. Each participant is asked to just think of an ESP symbol shown on the chart. The participants write nothing down, they just think of a symbol. There are no restrictions. Each person could be thinking of a different symbol,...


Welcome to the social network site that's going to take over the world (well, not really)

This could quite possibly be the most commercial trick ever invented. FriendBook could do for magic what FaceBook has done for social networking!

Dave Taylor's FriendBook is a great prediction effect that everyone... 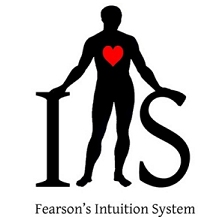 
The plot is simple. You ask your audience to assist you by answering a question, responding with the first answer that comes to mind. For instance, "Think of a number from 1 to 5" or "Do you prefer chocolate or vanilla?".

First though, you write a prediction on a playing card which remains in view the entire time.
...

This is the final perfect version of this product. it can accomplish many mental or supernatural magic tricks.

Introduce an absolutely regular looking Sharpie pen. Write down a note or a prediction or whatever. Place the pen on a smooth surface, apply your Supernatural power and, to the total disbelief of the spectators, the...


Technology at its best! Imagine Having a spectator literally think of any word, any number, any design, or any thought. The thought is written on an innocent pad. Now, thanks to the Telethought Pad you instantly know their thought. You and the spectator are looking at the gimmick at the same time, but they never know it. All of the volunteer's...

This is a wonderful utility prop that looks like a normal leather note pad.

You receive a hand made black leather note pad with brass corner pieces, embossed, containing a pad of plain papers. A pencil is attached and also fits inside.

With this innocent-looking pad, you can perform different and amazing effects, for example:...

‘Whacked!’ is not just another book-test to add to your collection. It is a fully developed, 10 minute mind-reading routine. Includes manuscript and DVD.

The mentalist predicts the dominant desire of the spectator. For this experience the presenter uses some cards with the possible desires, a transparent envelope holding these cards and a whiteboard marker. The drawn prediction on the back of the envelope matches with the picture on the card chosen by the spectator.

This a thumbtip version fits over the thumb and the "Boon" style sticks to the tip of the thumb....

When the inventor of this trick walked in our shop to demonstrate we were blown away.

This is the coolest high-tech device we have seen.

You present a display of 5 ESP cards, playing cards, or any other cards you prefer. With the performers back turned a spectator is invited to remove a card.