As seen at FISM!

Finally, German mentalist Stefan Olschewski shares one of his most closely guarded secrets that got him standing ovations when he performed it in his famous "DWARF" act at FISM.

Glassandra is not a trick.

Glassandra is the ultimate prediction device, so versatile you will find literally...

Mentalism and Magic all in one mesmerizing effect!

Kyle Purnell presents a powerful workhorse routine straight from his professional strolling repertoire. The magician presents the 5 standard ESP symbols and instructs the spectator to choose ONE and only ONE symbol to eliminate. After the named symbol is removed from the packet,...

The Magician/Mentalist presents ten cards to his spectators. Each card is printed with the image of a "Lucky Charm" item considered to bring good luck. An envelope containing a prediction is placed in full view or handed to a spectator to keep hold of. The ten charm cards are dealt through to allow the spectators to see all the different...

A postcard is miraculously found to be inscribed with a spectator's free choice of destination, hotel and room number!

The selection process is incredibly fair and appears to be totally at random. The postcard with the prediction is on the table from the very beginning.

"The most innovative application of the pocket index in the past 20 years."
- Neal Scryer

The standard approach to billet indexes permits you to predict a single piece of information, such as which playing card will be named. Christopher Taylor's Path-Finder Billet Index System will allow you to predict...

Numberic Cards is the perfect mentalism effect to carry with you at all times. Show your spectator several cards, each displaying many numbers. She freely thinks of ANY number on ANY card. 100% FREE CHOICE! (No forcing and nothing written down.)...

Stunning edition which we released for MINDvention 2017.

Ideal way to force a thought, drawing, name, whatever works for you!

This very special edition SvenPad� offers our stunning NEW all metal binding with blank (unlined) pages, just like something you picked up at the airport (or hotel) gift shop in Las Vegas.

"The greatest addition to my Dream Prediction Elite routine anybody has shown me... This is such an amazing device and I carry it with me at all times."
- Paul Romhany

If you perform mentalism or magic, you are going to LOVE this amazing tool by VORTEX MAGIC. PENILISM is a multi-functional pen that looks...

After 15 years of waiting, it's available again! THE all-in-one revolutionary wallet:

- Himber Wallet: You can use it for your favorite routines using a switching wallet.

- Kaps Wallet: The signed card disappears from the deck and then reappears in the inside zippered compartment of your wallet!

MIND BOARD COLOR by Tora Magic

Blow your audience away by performing this 3D shocking mental trick!

Several colored cards are shown - they are placed in pockets attached to a board.

Show a beautiful cube with a different color on each side, and place it in a box.

Your participant selects one colored card, and you remove it from the pocket. You...

MIND BOARD ESP by Tora Magic

Blow your audience away by performing this 3D shocking mentalism and magic trick!

Several cards having ESP designs are shown - they are placed in pockets attached to a board.

Show a beautiful cube with a different ESP design on each side, and place it in a box.

Your participant selects one card, and you remove it...


NOW! is the one of the most technologically advanced products on the magic market today.

Borrow ANY smartphone. Ask the spectator to open their browser. They hand THEIR phone to you and you look up an image online.

You find the image and hand back their phone face down. You NEVER TOUCH THEIR PHONE AGAIN!

Spin up this audio CD, pump up the volume, and never touch the CD player again until the race is over! The professional announcer begins calling the action as BMW, Maseratti, and Lotus racers scream around the track. 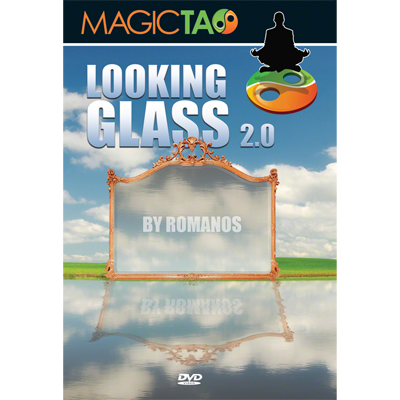 Looking Glass 2.0 is a utility device used to acquire secret information, discreetly, in front of spectators.

You will receive two utility device, and a DVD, with over 10 routines and ideas, performed and fully explained, plus various suggested ways to conceal the gimmick during performance.

Some of what you will learn:...

The magician presents a CD insert which contains different pictures and song titles from pop artists. A volunteer is invited on stage and asked to choose one of the pop performers, and to think of one of the artist's hits. The magician then instructs the volunteer to remove a CD from a prediction envelope, which has been in full view...

A Paranormal Presentation For The Out To Lunch Concept

Dan Sperry now shares his paranormal presentation on the "Out to Lunch" concept. Included is everything you need to perform BOTH of these eerie versions:

Magician shows a stack of spirit photos with ectoplasm coming out of the medium's...

Using a single diary and a greetings card (pre-printed ready to use) you are ready to devastate your audience with a five phase demonstration of your mindreading/precognitive skills.

The mentalist offers to demonstrate his precognitive skills. Handing his pocket diary to an audience member they are requested to verify that...