You ask a spectator to just think of any playing card. You explain that, in order to find out what card they are thinking of, you need to use your...

This is a CGI effect that you can do in reality by only using ONE rubber band.

The performer has a red rubber band in his hand. The color of the band will change slowly after the finger crosses the band.

Wayne Dobson has come up with a new set of telepathy cards using the 5 senses replacing the overflowing ESP symbol products.

"The first version of the now-classic ESP Card Matching effect I saw was done with playing cards, in a Brother John Hamman book written in the year I was born: 1957! This approach to the effect contained...

What if a simple key tag became the ultimate Peek tool? A secret weapon you'll always have on you? A tool so harmless and universal that no one will suspect it is your best routine?

Yoan Tanuji, Axel Vergnaud and Dylan Sausset, 3 performers with creative minds have put all their know-how to create ROOM 66. These magicians...

Carry your everyday Sharpie pen and create a blister in the shape of Three of Clubs on your finger tips anytime.

Comes complete with two real Sharpies, one normal and one with a custom molded gimmick cap to make this possible. Although you only need to carry one pen to do the trick. 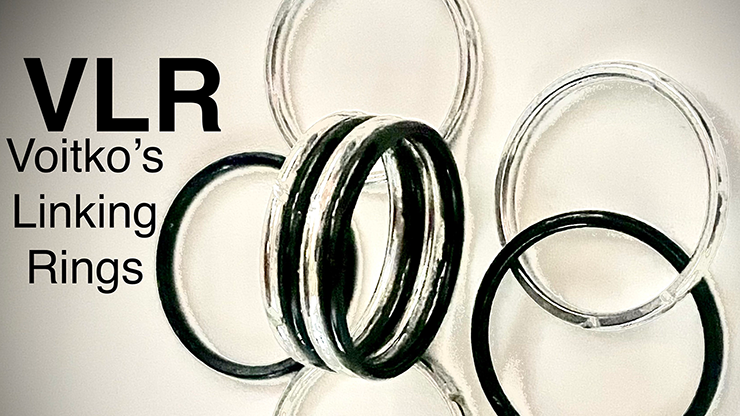 
The famous Linking rings, now on your finger.

We made a trick where you can perform the classic Linking ring trick with finger rings.

The story of our eternity is told using five different colored cords and a small bag.

As each cord is shown, and its color explained, a knot is removed from each cord and dropped into the bag. Finally, the entire green cord is placed into the bag. When it is taken out of the bag, the knots are all tied onto this green cord. When untied...

"Beautiful! What a transformation, literally and figuratively!"
- Banachek

"Wow! That is powerful! And what a beautiful gift to leave people with. This is great for both close up and stage. Love it!"
- Billy Kidd

Ladies and gentlemen! children of all ages! Step right up to the Fantasma Magic Table Set! This deluxe wooden table doubles as a carrying case for over 200 great tricks! Spectators will gasp in amazement as you:

Produce a mountain of candy from the Magic Production Box!

The Baffling Boomerangs will fool your eyes!

Supply of one spool of continuous thread only with no instructions.

Another original design by Alan Wong in addition to the Flash Sharpie and Flash Wands, the Extreme Flash Thumb Tip contains a high capacity lithium rechargeable battery with super bright LED unit which gives you a burst of white light at the push of a button. A versatile invisible electronic flash unit that you will use.

Pop Deck is a highly visual, ready-to-perform effect that will blow your spectators' minds.

You can do it anytime, anywhere.
It is fully automatic and very easy to perform.

You get five Gimmicks to perform several...

Hong Kong - Known as the "city that never sleeps". In many films, shows & games, there are two most iconic signatures of Hong Kong - the NEON sign on the street & the dinning culture. 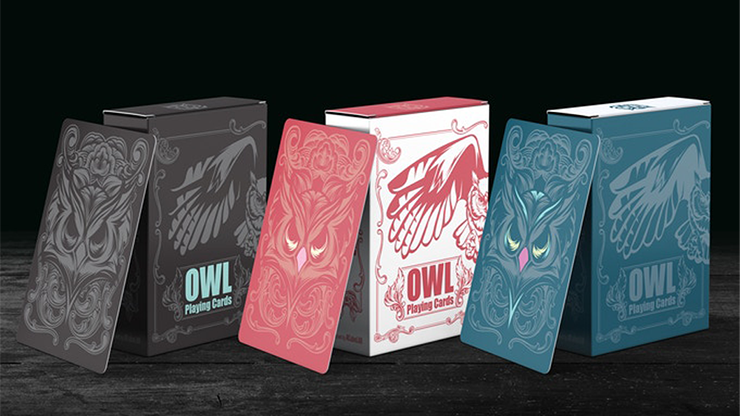 
Owls have big eyes, but it is difficult for us to understand them through their eyes. This is what makes them mysterious. It is not difficult for us to find the figure of owls in different magic works, they are like having magic, containing a mysterious power that can give people energy.

Hanson Chien to help us print this series of...

Sign a card on both sides and it silently and invisibly rises from the middle to the top of the deck.

TIP is natural way to control a card.

This handling and technique is simple and easy to learn.

In this video tutorial you will learn 3 different routines to use this technique.

Watch the video demo and learn it now!

This is a magical anti-gravity deck display stand and object of curiosity.

It looks magical enough by itself and illogically logical to lead into the play for the invisible deck routine where you take the clear box off the anti-gravity stand, open it up and take out an invisible deck and proceed to perform.

This is a gimmicked box that has been precision-crafted from thick acrylic that enables a performer to switch a group of billets, force an item, make something appear, make something vanish, and can even be used as a prediction chest.

It comes ready to go, along with a few extras that give the performer some options that further increase...

What happens in Vegas stays IN YOUR POCKET...
...Take these two beautifully printed books with you and have access to over fifteen... (yes, fifteen!) different effects for close up and stage!

The Las Vegas Gambling Guide books look like they've been picked from the side of any of the strip's dazzling hotels....

Welcome to a joint collaboration between Mark Traversoni and Mark iNFiNiTi; this is where Phantom Artist meets Coin Magic.

We've printed an epic range of beautifully scorched impressions onto US Quarters.
No DIY, no burning around stencils, no black sooty fingers - your set of 6...