Peter Eggink's name is well known in the field of magic, being synonymous with both the performance of magic and the creation of some of the most amazing magical effects.

Pure contains material that has been part of Peter's professional repertoire for over 10 years. Real workers for real people in real situations, this... 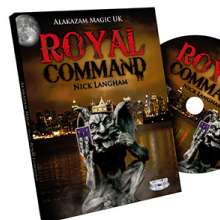 Nick Langham's Royal Command Is an easy to perform card rise that's like no other.

Your spectator creates an almost perfect poker hand in their mind (almost because they need a fifth card to complete it). They scan through the imaginary cards in their hand and for the first time name the missing card ie suit...

If Close-up Magic or Restaurant work are your forte, you cannot go wrong with James Prince's DVDs. He's served up pure gold"
- Review in Magic - December 2008

Roaming Card
A totally impromptu card across - any deck, any time, any where! Eliminates the problems associated with...

The best selling Ultimate Self Working Card Trick series is the gold standard for sleight-free card tricks... magic that slays audiences and yet requires NO moves to accomplish. The emphasis here is on providing you with KILLER tricks that you just need to concentrate on presenting!

In the five years since Ultimate Self Working Card...

Torn Too by Daniel Garcia

From the mind of Daniel Garcia comes a torn and restored card routine that will make you smile.

A card is selected and signed.

You explain: Your "secret" is a small "CRIMP" you put in the card so you can find it.

You demonstrate: Your "CRIMP" is actually a hilariously large chunk that you tear... 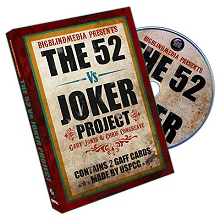 The 52 vs Joker Project by Gary Jones & Chris Congreaves

The Ultimate Rising card deck. This deck is like no other, and allows you to perform two amazing effects.

A card case is shown from all sides. The cards are removed from the box, spread, and every single card can be shown front and back.
The card case is opened and seen... 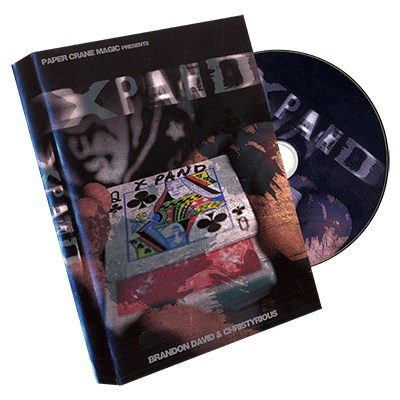 Xpand by Christyrious and Brandon David

XPAND is a handmade mechanical card gimmick that allows you to perform a special effects miracle with a SIGNED card. The effect starts out with a spectator selecting and signing a card so far in their mind nothing unusual. Then things get very weird and the spectator soon realizes that this is not the typical "pick a card" "find a card"... 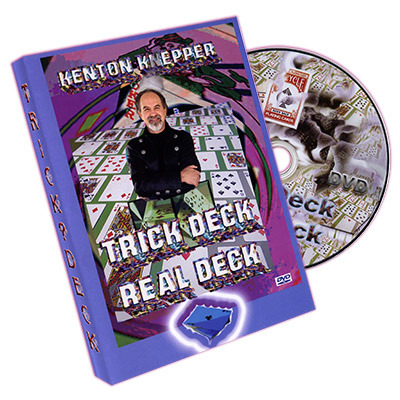 FINALLY REVEALED IN FULL AT LAST!

We highly suggest that you watch this DVD with a deck of cards in hand. You'll learn the moves easier and you'll be even more astonished when you see it in your own hands.

Our description cannot do this justice. If you have ever seen Kenton perform the routine with a deck...

No Cards, No Problem by John Carey

No Cards? No Problem!

As much as we all love card magic, it's always nice to have a varied repertoire of effects using myriad items right? Well fear not, John Carey has assembled a fantastic collection of non card material for you!

Card lovers rejoice! Ben Earl's definitive treatise on legitimately cutting to the Aces is finally here. With a running time of over two hours, this DVD will show you:

How to find four Aces from a spectator-shuffled deck

A dozen controls and control finesses 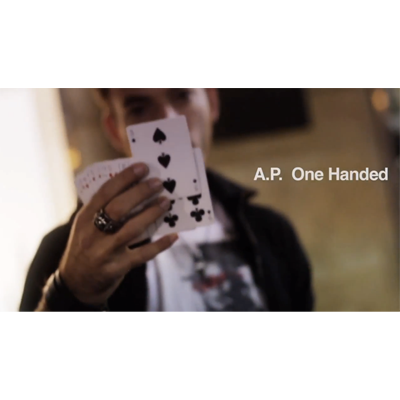 Join Alex Pandrea in Hollywood on a journey of card magic.

On this DVD Alex teaches 3 moves with cards; a switch, a color change, and a control. In addition to the sleights, Alex provides multiple routines with each move so you can add them to your working repertoire. Filmed on location in Los Angeles, this is visual, practical material...

Would you like to become more creative and invent tricks using your own methods?

The simplicity of the sandwich effect is precisely what makes it the ideal trick to help you understand, learn and develop a creative process for magic tricks.

Through twelve sandwich effects, Mathieu Bich will share with you a few of his... 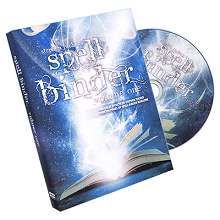 Stack Attack is a collection of absolutely stunning card miracles from Lew Brooks that are extremely easy to do. The reason is this, all of the work is done before the performance by simply stacking the deck in a prearranged order!

This DVD contains eight card routines based on gambling themes and there's nothing hotter right...

It's true: When Harry Lorayne teaches on camera, it's almost as if he's sitting with you in your own living room, helping and guiding you. It will be hard for you to decide which you enjoy more - the performances or Harry's explanations. As he teaches a particular routine, he also teaches each sleight, each move, the psychology,...

"Nice to see an effect that is not only a real magician fooler but also totally designed for real-world performing too!"
- Jamie Daws

Best of all, there are no gaffs or gimmicks in play and since it requires no set-up, it can be performed at any time with a shuffled deck in use. Oh, we should also mention that this...