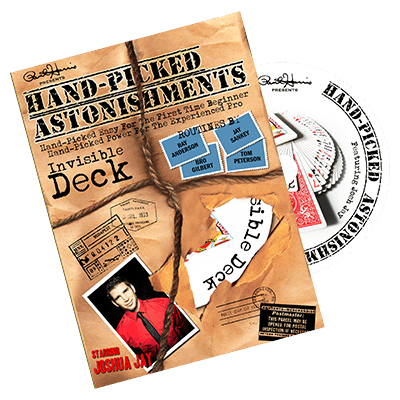 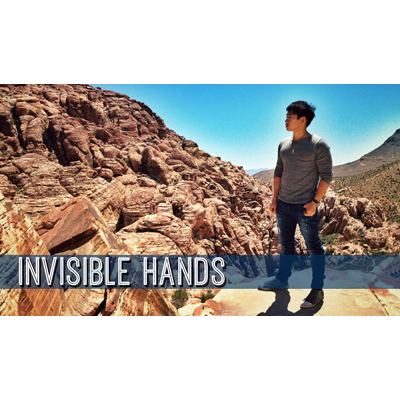 Invisible Hands by Patrick Kun and The Blue Crown

Patrick Kun is known for his skillful, visual, and elegant card magic.
His modern cards across routine, Invisible Hands, is no exception!

You display a four-of-a-kind to your audience. One-by-one, the cards jump from one hand to the other, instantly and right before their eyes! After the cards have traveled, they visually change... 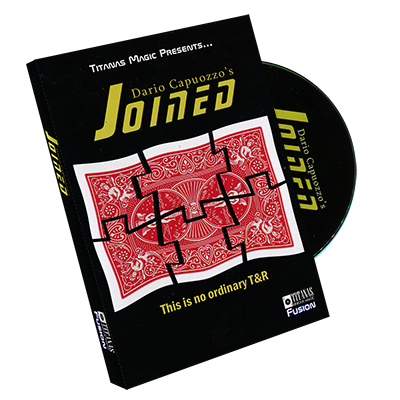 Looking for the easiest, yet most visible and practical methods for a torn and restored card?
Dario Capuozzo has created an elegant solution to prior T&R's that you are going to love.

Eric De Camps is one of New York's premier close-up magicians. For your entertainment pleasure see and learn the following: 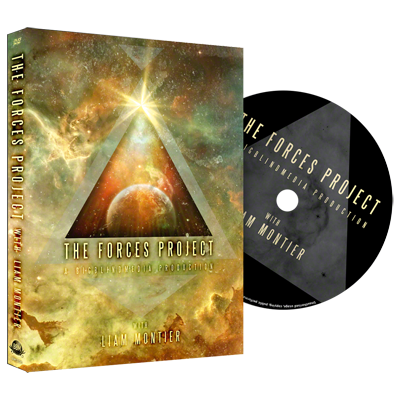 Forcing a card - Making your spectator take the card that YOU want them to!

Being able to 'force' a playing card on a member of your audience is a very powerful skill to have, and for a lot of tricks, it may well be the ONLY skill you need!

Learn all about how to force cards on this brand new project - techniques...

ul-tra-vi-o-let (adj. Abbr. UV) -Of or relating to the range of invisible radiation, on the border of the x-ray region, just beyond the violet in the visible spectrum.

Liam Montier takes you into the amazing world of UltraViolet.

A Master Magician Reveals a Lifetime of Secrets for the Very First Time on Video!

Paul Potassy has been called "a master of magical minimalism with maximum impact." He has performed for 66 years in 44 different countries, for celebrities, heads of state and even the Pope.

He speaks six languages fluently and has...

Michael Vincent is back with another great collection of amazing material that is dynamic, powerful and designed to make you an expert magician.

Famed for his approach to sleight of hand elegance and his thoroughly captivating presentations, Michael truly is the epitome of style and grace in his approach to any magic he performs....

Armed with an ordinary deck of cards and the information on this DVD, you'll gain a reputation as a master magician in no time. This broadcast quality program teaches you how to perform incredible feats any time, and anywhere - with any deck. And best of all, no complicated sleight of hand is involved.

This DVD will teach...


Your complete introduction to card magic! 15 easy card tricks anyone can do! Even if you've never held a deck of cards before, you'll be amazing people in minutes.

Why buy ten tapes and watch lots of moves you'll never use? Buy this one tape and learn exactly what you need. Let Richard Kaufman, an Academy of Magical Arts Literary Fellowship winner, teaches you the basic card sleights you need to perform most of the good card magic published in the last 100 years:

Best Of The Bottoms

Martin A. Nash who performs as "The Charming Cheat" has long presented outstanding gambling themed shows that are both elegant and entertaining. This video was shot live at one of his lectures where he performed his entire show and then explained the routines. You will learn an entire card act that is designed to make you look like...

Larry Jennings was one of the most prolific creators of close-up and card magic the world has ever known. For over 35 years his name was synonymous with the upper echelon of the magic world. As one of Dai Vernon's foremost students, he created magical effects that have become standards in just about every magician's repertoire.The...

A spectator freely selects any card from the deck (no force). After having the card signed across the face or the back, the magician takes it from the spectator and tears the middle from the card. Thus, ending up with a cardboard ring. Then, without pausing, you immediately link the card onto your belt loop. You rotate the card all around...

The effect is classic. The four aces are removed from the pack and set on teh table. Twelve indifferent cards are also removed, three of them placed on top of each Ace. A spectator selects one of the four-card packets, and holds on to it for safekeeping.

Then the magic happens. One by one, the other three Aces visually vanish. As...

The sequel to J.C. Wagner's runaway bestseller, "Commercial Magic," features more of the magic that made J.C.'s books sell-out and his shows and lectures so popular. Once again you get to see his direct and stunning magic live and on location in his natural environment.

From Los Angeles to London people have been left open-mouthed by the Close-up Magic of Etienne Pradier. Etienne's Gallic charm and individual style and humor is probably one of the most requested working professional magicians in the UK today.

Etienne has won many awards including:

Derek Dingle's first book, Dingle's Deceptions (written by Harry Lorayne), which was released in 1971 created a firestorm of interest. The routines taught in that book created his reputation as one of the best, most skilled and creative close-up magicians in the world. On this DVD you will see Derek Dingle perform and teach the...

This is Dani DaOrtiz's new DVD set. These DVDs were filmed live, direct from Grupokaps studio. Here you will find Dani's newest material and best-kept secrets. Prepare to be amazed, learn and have fun in the hands of Dani DaOrtiz!

DVD 1 - NEW EFFECTS I
A DVD loaded with new effects, never before published, with...