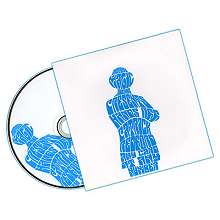 Hands Off (Any Card AT Any Number) by Patrick Redford


Using his original effect Auspicious Coincidence as a jumping off point (Mendacity, 2005), Redford has taken his Any Card at Any Number to a whole new level.

Someone names (really) any card, another (really) any number. The performer asks if it would be impressive if that card were found at that number in the deck of cards... 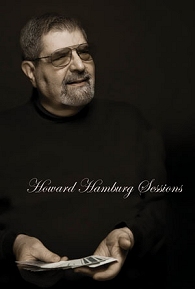 
For the first time ever, you'll get to see legendary, underground card magician Howard Hamburg perform and teach some of his personal routines!

Over 60 Years of Magic Experience

Personal Friend of Dai Vernon for over 20 Years 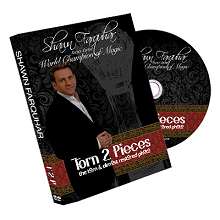 
Here's the killer effect Shawn has kept secret for over a decade. It's the effect Shawn does when he wants to get a client to book him again and again! A real photograph, signed by the spectator, is torn into four pieces. The photo is really torn. Then in an instant all four pieces join together but in the wrong order leaving... 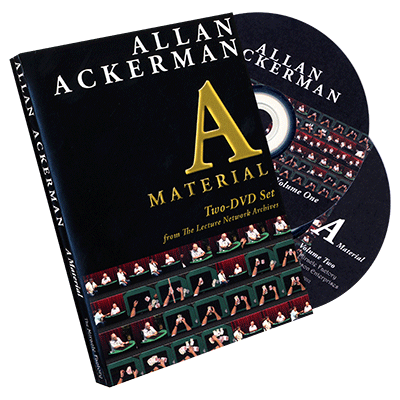 Ray Kosby�s card magic is quick, visual, and is guaranteed to have a powerful impact on any audience. Impossible Card Magic is a perfect title for this program. Every item is impossible to figure out when you first see it -- you will be fooled. All the routines are very creative in both effect and method. The skill level ranges from intermediate... 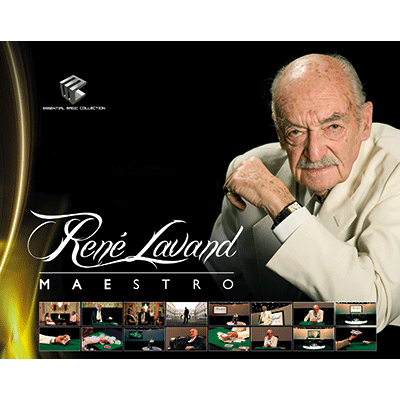 
Rene Lavand is a true master of magic. An elegant and dextrous magician who turns every performance into a theatrical experience. Now you can see Rene Lavand performing his professional show at the Ajuda National Palace in Lisbon, Portugal. Shot on multiple cameras and in high quality video this is an opportunity to see Rene...


Daryl is likely to be the foremost authority on card magic today. This 8volume set will surely set the standard for card manipulation. Digitallyrecorded for superior quality.

Volume 1 starts with an introduction and covers the technical terms.He then goes in to shuffling, and card control using the Glide, Break, andJog....

Brian Tudor, a world renowned card mechanic known for his unparalleled speed and dexterity as well as his groundbreaking new-school style, has broken all the rules by daring to reveal the material contained herein. Make no mistake, enemies have been made by taking these techniques public, but true to his up-from-the-streets attitude the... 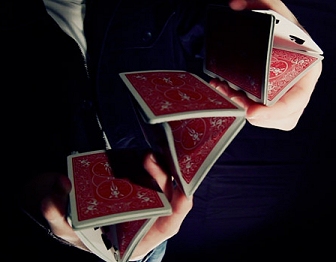 Step beneath the surface with intermediate card flourishing moves in this second volume of the Genesis training series by Andrei Jikh.

Two and a half hours of intense, comprehensive cardistry training.

Genesis is not, and has never been, a small undertaking. The original Genesis DVD is close to four hours of training,... 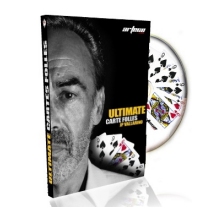 
Even if the basic effect remains the same, Jean-Pierre has revisited one of the most classic small pack of cards effect: The Wild Card.

This can easily become one of your classic effect to perform...

Effect : One by One, 8 identical cards transform into another 8 cards


Learn the classics from the great card manipulator who brought you "CapCuts", Capaso Casino. From a simple table spread to a one-handed weave shuffle with a full bridge finish, get it all here. In flourishing even the slightest finger placement can make all the difference in the world. Finally you'll learn the correct way to do it,...

Card Stunts is Gregory Wilson's complete Close-up card act performed live from the Magic Castle. You'll learn how to do it all! The explanations are thorough, and the material is some of the best in the world. If you perform with a deck of cards, this is a must-have DVD.

History was made September 2-6, 1982 in a filming studio in St. John's, Newfoundland, Canada, as the life and magic of Dai Vernon was permanently recorded for future generations. Inspired by Bill Larsen, the project was undertaken by Videonics, owned...

This new Armageddon Edition comes complete with all the information contained on the origianal DVD + some killer bonuses!

And as an added bonus and with kind permission Mark Elsdon has included his incredible follow up to Cataclysm...

Packet Tricks constitute one of the most interesting branches of card magic. Using only a small number of cards magic is created that is often easy to follow, visual and very magical. On this DVD Aldo Colombini presents fifteen packet trick routines that can be performed using a borrowed deck and at a moment's notice. Along the way... 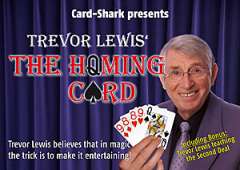 Trevor Lewis offers us his famous 5 Red Card trick in highly visible Parlour Cards. The black queen keeps reappearing and comedy builds each time he puts it away. A classic routine (with a bonus lesson on the second deal) 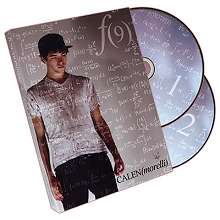 Function 9 is a collection of nine effects from the mind of Calen Morelli. These 2 discs contain effects that are practical and hard hitting using everything from playing cards to rubber bands to chewing gum. Each effect is taught in detail covering over 3 hours on the 2 dvds.

A pure, impromptu miracle from the mind of Joel Paschall. A card is selected from the deck, signed, and returned. An indifferent card is shown; the corner is ripped off and placed face up on the table. The rest of the card is set aside, in view.

With a slow, calculated, delicate wave of your hand over the torn corner, it visually... A concept that allows you to do four unique effects with a superb twist in the end; COLOR WAVE, TWISTED WAVE, FLUSH WAVE, TSUNAMI TRANSPO. It's a 4 in 1 combo! In this DVD, you will gain access to detailed video instruction  on building special gimmick behind this wonderful concept within 15 minutes and perform top-notch visual magic... 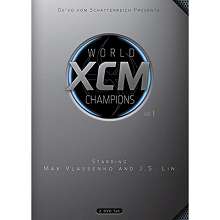 2 DVD Set
Learn from the World XCM Champions with step-by-step instructions on 50 of their sickest moves, you'll get an exclusive pass into the arsenal of two of the world's best Xtreme Card Manipulators Max Vlassenko and J.S. Lin. With special guest "The Flourishman" Jerry Cestkowski.

The Craziest Card Contortions Ever Created

Here it is! Cap Casino's incredible DVD is the fix for your card addicted fingers' flourishing needs. C4: CapCuts contains some of the most eye-boggling card contortions you have ever seen! This is pure sleight-of-hand with cards and cards only.

Debut material by one of the best underground card magicians in the world: Benjamin Earl. For years, Ben has been one of Europe's top professional performers and innovative creators. Like many of these quiet achievers, he has previously avoided magicians, conventions and all attempts to get him to share...

This is the second volume of the John Bannon tapes. Even if you don't already own Volume 1, "Impossibilia", this tape will surely delight your tastes. Included is Timely Departure, John's diabolical pasteboard masterpiece wherein three thought-of-cards vanish from the deck and then magically reappear face-up....


Jeff McBride, renowned performer and one of the finest card manipulators of our time, teaches you the inside secrets of professional card manipulation. Routines, sleights, productions and flourishes are clearly taught and demonstrated, along with sample routines and the seasoned advice that only a working professional can provide....

And finally introducing the MUSCLE Vanish, and...