Mr. Pearl is one of the leading magicians in Korea. He has won the Grand Prix in close-up magic, both in Korea and Japan. Interestingly, his true competence comes from his experience while performing as a bar magician for 10 years. In his debut project, Pearl's Coins, he reveals 8 of his very best coin routines.

The effect is clean and simple: Three Chinese coins are...

The Kainoa on Coins series brings you the best sleight-of-hand instruction from the Big Kahuna of Coins, Kainoa Harbottle.

He has spent years working and creating the most amazing visual magic using a single coin and is now ready to share it with other...

He has spent years working and creating the most amazing visual magic using a single coin and is now ready to share it with other...

The Doctor Is In - Sawa

When Dr. Sawa burst onto the magic scene back in the 1970s, he caused an international sensation.

His work with paper, seashells, ropes and especially coins, was simultaneously whimsical and astonishing. Some years ago, for private reasons, Dr. Sawa vanished from the magic world. Happily, he has resurfaced—his enthusiasm...

Eric Jones Set: Mirage et Trois and Extension of Me

Imagine three coins being produced before your very eyes one at a time from thin air, traversing from hand to hand at the fingertips and then vanishing as quickly as they came. This has to be seen...

Mastery is finally within your grasp! The Magic Bakery is proud to announce the first progressive training system ever designed to teach you the classic palm with coins. Previous books, videos, and even personal lessons have done little more than show you where the coins go, and then leave you to "practice"....

This coin magic DVD showcases three classic routines that have been put together by Austin, Texas professional magician CODY FISHER.

Michael Bairefoot's magic is second to none!

The Ultimate Coin In The Balloon will amaze your audience every time! Learn step by step how to perform the illusion of making a signed coin pass thru the surface of a real balloon!

Then, as an added bonus on this DVD you will get:

Do you love the Hundred Dollar Bill Switch, but find the folding and unfolding process to be a bit slow and sluggish? Wait until you experience the Formula One speed of Gregory Wilson's Hundy 500!

Greg's version of Patrick Page's modern-day classic is a...

Do you want to learn amazing magic with money? Everything is revealed step-by-step on this instructional DVD. Indulge in a selection of top money effects that have even fooled some of the best in magic! Brian Thomas Moore will take you on your journey into learning magic with money! 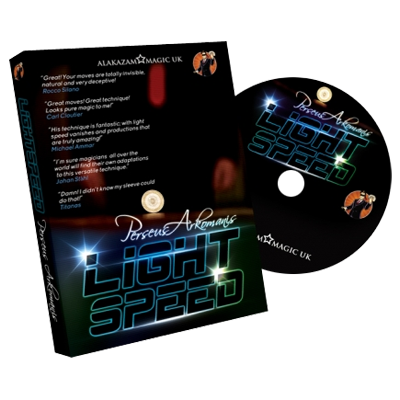 "His technique is fantastic; with light speed vanishes and productions that are truly amazing!"
- Michael Ammar 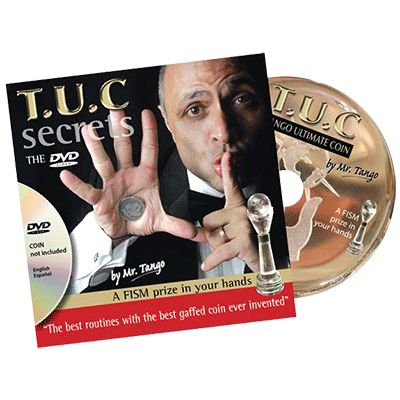 A FISM prize in your hands...

TUC Secrets... the DVD is finally here! Inventor/ Magician Marcelo Insua, (a.k.a Mr. Tango) won the winner of Invention Award at FISM 2012 In this ground breaking DVD Marcelo shares his secret techniques and routines for T.U.C. This DVD contains the best routines with the cleverest coin ever invented....

Dean Dill has been extremely busy over the past four years... so busy, they had to put him on two DVDs! For two decades, Dean has been entertaining and teaching some of the finest coin magic around.Not only is he a superb close-up artist, Dean is also a highly sought after teacher, consultant and lecturer. He has taught such people as David...

One of the most visual money effects ever as five $1 dollar bills morph into 5 $100 dollar bills!

Don't believe us when we say it? Then believe the pros:

"Heiny 500 is the best money effect I have ever seen." -- Chris Kenner

"Karl made a good trick into an amazing one! The difference...


The Greatest Collection Of Coin Magic Ever Assembled On DVD!

Dai Vernon referred to David Roth as the "greatest coin manipulator in the entire world." On these special double-length videos, David teaches some of the techniques that earned him not only accolades from the Professor but from magicians worldwide. This...