The most incredible, impromptu routine ever seen. Your pinkie, ring finger,middle and index fingers vanish and reappear. Make your pinkie telescopeinto your palm or make your thumb travel up and down your arm. The Finger Fantasy act won two Society Of American Magicians Close-Up competitions.

Warning: This DVD set contains feats that require professional expertise and pose a great risk to the performer's safety. Under no circumstances should any of the stunts performed herein be attempted by amateurs. Persons desiring to learn these stunts...

Do You Want To Learn Juggling

Learn From Juggling Pro WILL ROYA!

From Beginner to PRO!!

On this DVD, professional Will Royal will teach you everything from beginner to pro in the art of juggling!?

Magic You Can Make

Magic You Can Make with Marty "Martini" Grams DVD

Make your own MAGIC TRICKS!

On this featured DVD, Marty gives you 12 great magic tricks from his past lectures over the last 30 years? This assortment was personally selected to be included... 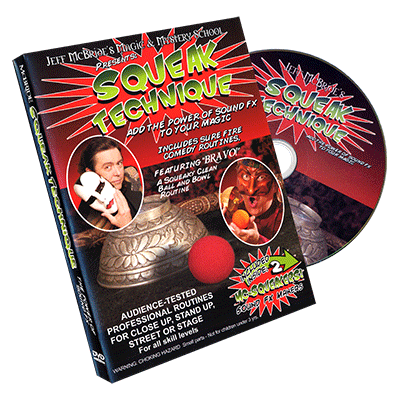 
Feel the Power of The Squeak!

Make your sleight-of-hand more effective by adding a "Mc-Sqeaker." Jeff teaches you how to use this great gimmick to add laughs to your show.

Filled with ideas, bits of business and sure-fire gags for creating your own comedy magic routines.

This 3 DVD Set Presents the Magic, the Inventions and the Story of U. F. Grant. 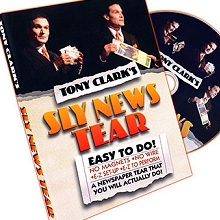 
Sly News Tear has the slickness of the Slydini Tear and the climax power of the Gene Anderson Tear! 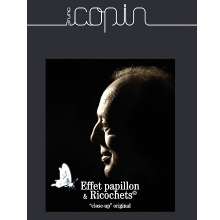 Two of Bruno Copin's best effect at a very affordable price. This is your best chance to discover Bruno's work, and enter the world of "Real Magic"...

The Butterfly Effect - Whether you are a performer or a spectator, when you see this trick for the first time, you have just witnessed magic: Real magic!


Tony Clark will demonstrate the Single Knot Release, the Double and Triple Knot Release, as well as the Multiplying Knots. This powerful routine is explained in easy step-by-step instructions. You have a choice of front view, rear view, and split view! Plus the Flying Knot routine! This is a beautiful effect where two scarves are tied together...

On this DVD you'll learn how to get paid jobs as a variety arts entertainer.

On the DVD, David discusses the ins and outs of self-booking and promotion.


On this DVD, you'll learn a host of minor miracles that can be performed with items available around the house. And no complicated sleight of hand is required! In fact, these bafflers are, for the most part, entirely impromptu. After watching this DVD, you'll be able to make magic with everyday objects just about any time and... 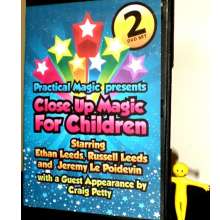 Children's magicians normally shy away from close up magic for a variety of reasons. This DVD aims to show how you can vastly increase your income by adding close up magic to the list of services you offer your clients. Weddings,...

Robert Baxt, a F.I.S.M. winner for Comedy, releases his world famous handling of one of his all time greatest routines. A piece of comedy he's spent 30 years perfecting: The mouthcoil! On this DVD you will find all you need to know to do one of the funniest comedy magic routines ever seen....

"David was filmed live at the Ibis hotel London, on March the 4th 1989. This 90 minutes long experience can't really be done justice to by words alone. I can honestly say I have never seen such high quality close-up material documented on one tape before! David has to rank amongst the top few close-up workers in the world, maybe even...

Scott's style is simple, comedy that goes right to the center of the audience's brain. His choice of material is always professional, practical and easy to perform. His methods are easy so that he can spend his energy on entertaining but the effects are all blockbusters. The included routines come right from his working repertoire.... 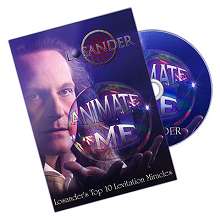 In the world of magic there is only one name that is synonymous with the art of leviation - Losander.

World renowned across five continents, Losander has performed his magic in exclusive venues from Europe to Japan to Australia. In 2006, Losander received the Milbourne Christopher Award for illusionist of the year and notable contribution... 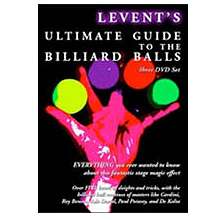 This three DVD set offers everything you need to know about Billiard Ball Magic. Five hours of material with added secrets, See the Roy Benson and Cardini routines performed in detail by Levent.


Volume 1
A word from Cellini about this long-anticipated video release:

"This video will do much more than entertain you. It will enlighten you and excite you. It can even change the course of your life. I have tried my best to explain this illusive art. You will learn how to attract, build, hold and entertain an...

"The street is where it all began both historically and personally. I've spent over fifteen years making a living performing magic to crowds that didn't know they were going to be a crowd. Providing the unexpected to the unsuspecting. Shakespeare said "All the world's a stage" and if the police don't stop you then that's...

Hobbyists who love making beautiful art for people? Practically everyone loves balloon sculptures. This is one of the only arts in the world that takes so little time to master and gives so much! If you like making people smile, get Balloon School!

Tim Wright is an acknowledged master of magic and sleight of hand. This video provides an understanding of the Multiplying Balls in practice and performance. Tim shares his experience, "moves" and gimmicks not released before to the magic fraternity. The explanations are clearcan concise. Endorsed by Lance Burton. 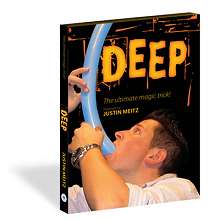 Can't make balloon animals? No problem. Ditch the poodle and the puppy dog and let's try something even more fun - and amazing! Make a snake - and eat it!

Master the art of balloon swallowing like never before. From the critically acclaimed author of The Amazing Alexander series comes DEEP.

Sure you may already do some of these effects but do you have a great "Comedy Routine"? That is what this DVD is all about, making your audiences fall out of their seats laughing while bending their little minds with unforgettable magic. You'll learn:

REGIFTED: A hilarious cut and restored man's necktie effect. This...