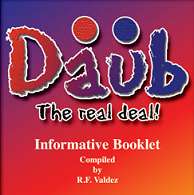 Novice magicians as well as veterans can learn these foolproof tricks quicky and easily. Over 400 illustrations along with detailed instructions.

This is J C Sum's first complete book on original illusions & presentations. Widely acknowledged as one of the most innovative magic minds in Asia, J C is also one of the premier corporate entertainers in the region.

J C shares a small treasury of illusions straight out of his professional repertoire and material he has developed... 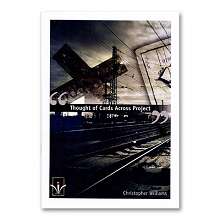 Thought Of Cards Across

Thought Of Cards Across Project
by Christopher Williams

20 cards are taken from the deck and 10 turned face up, 10 face down. The spectator chooses which packet they want to think of a card from, and in the same condition, the cards are given to a spectator, 10 cards each. Just a snap and there...

From the man who will tip his hat, but not his thumb!

The old "dollar bill stunt" of folding and unfolding a dollar bill to turn it upside-down gets surrealistic when the magician defies certain secret rules of Origami, which temporarily turns the carefully creased currency inside-out!

by Sos and Victoria Petrosyan

World famous Quick Change artists Sos & Victoria Petrosyan are performing their renowned. International Quick Change Show of lightning-fast changes and hip dance moves. This is sure a spectacular event! Sos and Victoria have appeared in acclaimed international shows and their performance is nothing...

A Unique Book of Card Tricks

"The problem of what to do with playing cards that are the same on both sides has bothered me or should I say, intrigued me for nigh thirty years. Very little has been written on them and most every magician has them in his paraphernalia but not in his...

Sell Your Act with Posters

Sell Your Act with Posters
by Samuel Patrick Smith

Dynamic Ideas For Promoting Yourself!

This book is a demonstration of posters and promotion. 24 actual, original posters by successful, professional performers are bound...

An 18 page Vernoniana Portfolio by professional photographers Young & Robin opens the volume. Rare and interesting Vernon memorabilia photographed so you can enjoy it over the years. Over 50 Vernon routines, 27 historical photographs, 177 illustrations.

If you're searching for brand-new illusion concepts, look no further than Rand Woodbury's Illusionworks series of books. Volume One features fifty-three illusions, including Torturtina, Shadow Dancer, and Body Transformer explained with the aid of understandable...

Excerpt from the book:

"During the preparation of this book careful thought was given as to which routines should be included. The tricks are entertaining, the sleights are latent means to an end result. The articulate manner of text and illustration was due to our enthusiasm to thoroughly acclimate...

Well, I know I said Quidnunc was to be my last book, but I just couldn't help myself! The last two years have been really creative ones for me and the result is Article 52. Excuse immodesty, but it really is chock-full of killers! Article 52 includes my new handling of my Head To Head Poker (from Gold...

The response to Gold Dust in 2012 was and is truly overwhelming. We received hundreds of letters and emails asking why we didn't include this trick or that trick. Well, it was down to space issues! We were reluctant to do Gold Dust 2, but Gold Dust Companion is really an extension of Gold Dust. The...

This final volume of the best-selling Gold Dust Trilogy contains 63 NEW tricks (as of 2015). Each and every trick is powerful and magical. 128 pages. Top-quality saddle-stitched cloth-covered hardback. Gold Dust Finale contains some real gems. It's been said (on The Magic Cafe) that Killer Mystery Card, Tenkai...