From the #1 MINDFREAK of all time comes the #1 MAGIC KIT,

A lifetime in the making, the finest collection of MINDFREAKS taught personally by Criss. This is a comprehensive Magic Kit for beginners, intermediates and the most advanced mystifier. Includes: Over 500 MINDFREAKS...

The spectator selects a card, then he gives you a card, then he decides whether he wants to keep the last card or take the card he gave you. When he's finished making all of his decisions, the Prediction Card is read.

CelebriDate is a stunning piece of close up mentalism, which could easily be used on stage as well.

Here's One Routine:
A diary is handed out for examination. Within it are 366 famous birthdays alongside each of the 366 days of the year (including a leap year!). YOU NEVER TOUCH THE DIARY AGAIN...

This is fantastic! A Mexican Centavo and a Chinese coin are held in one hand while the other hand holds a half dollar. The hands are closed then immediately re-opened, and the coins have changed hands. Your audience will have their heads spinning. The Chinese coin has a hole thru the center which makes the effect even more bewildering....

A Trip to Cancun by George Iglesias

Make any signed card travel to Cancun in a very sensual way!

George Iglesias brings us now his renovated version, with an improved method and a powerful effect. A seven minutes solid comedy routine that...

Next, you ask your spectators to name ANYTHING! And this means ANYTHING....

Four in One Eisenhower Dollar Set by Tango

A 10 inch long clear tube is shown. Three different colored silks are placed separately into the tube. The performer blows in one end of the tube and the silks come out tied together!

Puzzle It Out by Merlins Magic

This is a great novelty puzzle with a magical twist. The performer presents a block of wood with a round wooden plug in the middle the challenge is to lift out the plug. Seems simple but try as they might the spectators fail.....easy when you know how, the method will amaze and amuse you!

Very nicely crafted for us here in the UK....

Supplied with a stainless steel cup 4" x 3-3/16" in diameter, a giant size half dollar coin 3" in diameter and a normal half dollar incorporated into a special gimmick. The illustrated instruction sheet explains the routine and walks the performer through the two 'moves' involved in working the effect. 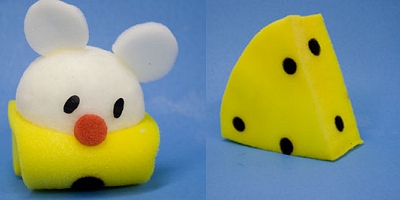 When the magician opens his left hand, it is seen that there is no longer a mouse there but a piece of cheese ! 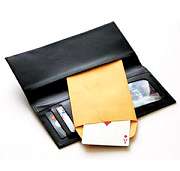 Not since the mob, has it been this easy to change money.
Extortion by Patrick Kun & SansMinds has taken bill changes to a new level.

Imagine with a gentle FINGERTIP touch, magically change a $1 to a $20 with a CLEAN display from beginning to end.

Also a powerful new method to visually transpose the bill from yours to...