The Svengali Deck allows beginners to instantly perform magic that would take years of practice with a regular deck. It allows experts to perform effects that simply... 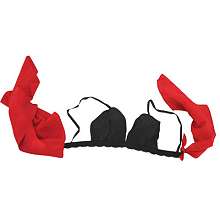 After performing your favorite Ambitious Card routine, you state that it's possible to make the card... 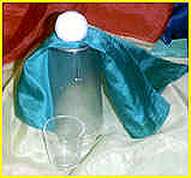 A must for colored smoke lovers. This device enables you to create your favorite colored smoke, right from the palm of your hand. Can also be fitted on any prop; simply screw it down, load it, and strike the wheel. About five seconds later, a mysterious cloud of colored smoke will be seen billowing around your favorite illusion. Perfect...

Two cards are selected from a deck. The Magician draws a small card on the back of an indifferent card. This card is one of the selections. With a FLICK of the finger the DRAWN card changes to the SELECTED card.

The spectator shuffles a deck, from which you remove a set of five cards. The spectator thinks of one (they don't even need to name it) and you instantly show that you knew exactly which card was selected!

No sleights, no moves, no pumping…just pure magic.

The Royal Redo is Bill Wisch's new design and approach...

Around The Square - Devin Knight


You the entertainer has any audience member select a playing card from the deck, that seems simple and so magical. Explain its time to carry out some 'good ol' magic with your drawing pad, you chuckle.

Now with your trusty drawing pad facing yourself, they believe you're drafting an illustration of their selected card....

Buckle up! You're in for a gut wrenching, nostril-flaring ride. This is a professional's hot rod - the cleanest, slickest hot rod ever.