JEWEL THEIF is a classic magic trick! Can you catch the JEWEL THEIF?

In this version, you show a very rare "red pearl" that is kept inside a beautiful vase.

A thief comes in during the night and steals the pearl and places it in his pocket. You, being the magician, snap your finger and show that...

THE FORGER / MONEY MAKER (Gimmick and Instructions) by Apprentice Magic

THE FORGER is a classic magic trick where you can FORGE your own MONEY!

In this version, you take blank pieces of normal paper and place them into THE FORGER. When you turn the handle on the machine the blank pieces of paper VISUALLY change into REAL MONEY! You can produce ANY currency with THE FORGER!...

THE MUMMY by Apprentice Magic

THE MUMMY has returned!

In this fun version of the effect, you show three different colored Mummies (red, blue and yellow) and a black Sarcophagus. You tell the story of three different Egyptian Mummies (Nefertit, Cleopatra and Nitigret).

While your back is turned (you can even be out...

THE TIME MACHINE by Apprentice Magic

THE TIME MACHINE is a classic fun magic trick reimagined for today's audiences!

In this version, you show a mysterious timepiece. An audience member SECRETLY sets it to ANY TIME in the future. While your back is turned the timepiece is placed inside THE TIME MACHINE by your spectator. Then, it is...

Magician shows a glass full of milk. From this glass he pours milk into another glass, but magically both the glasses are still full of milk!

Have an audience member just think of drinking the milk in the glass & the milk starts diminishing in the... 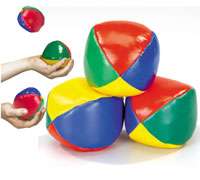 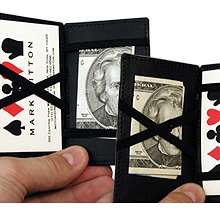 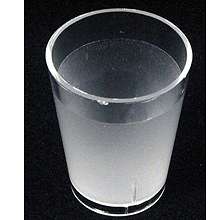 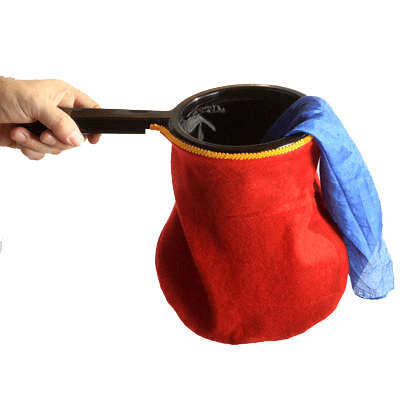 
Manufactured by Bazar de Magic In South America. One the the greatest utility props ever invented! 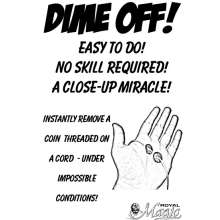 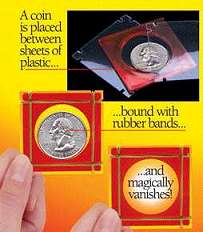 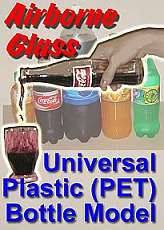 The performer pours liquid into a glass from a soda bottle. He "absent-mindedly" lets go of the glass during the performance, and the glass stays suspended in mid air, as the liquid continues to pour. This model is designed for use with any standard plastic soda bottle with screw on cap. (Coke, Pepsi, Fanta, Sprite, etc) of any size from... 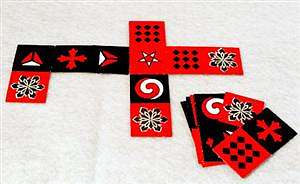 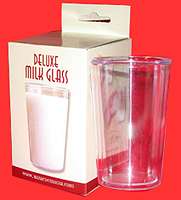 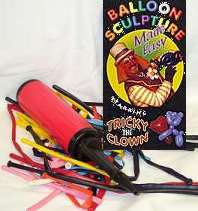