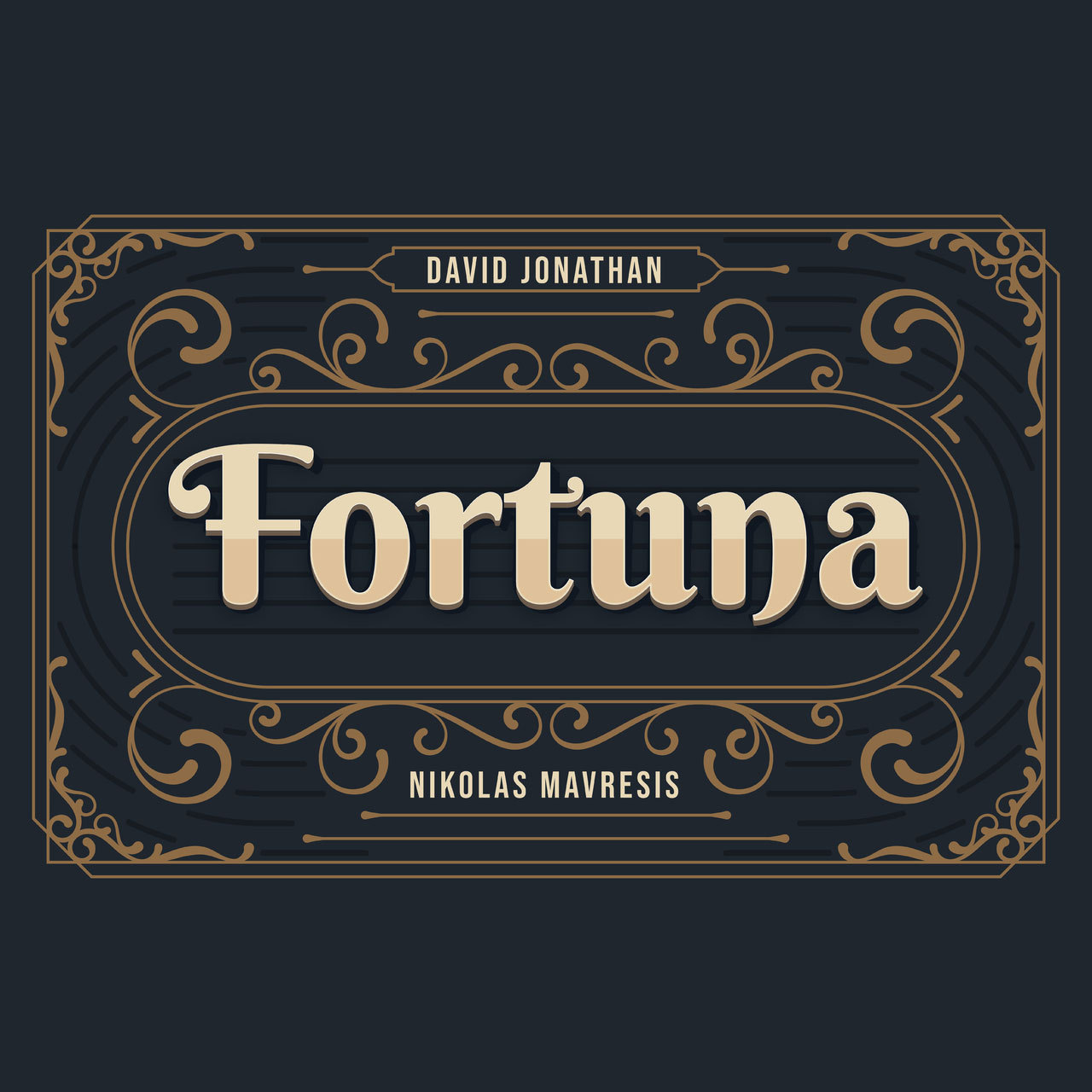 FORTUNA is the pinnacle solution to the classic Mental Choice effect (aka Hypnotic Choice) from the minds of David Jonathan & Nikolas Mavresis. The duo set the bar very high with a strict set of criteria while creating this multiple out effect:

1. Everything had to be self-contained.
2. Every single outcome needed to deliver... 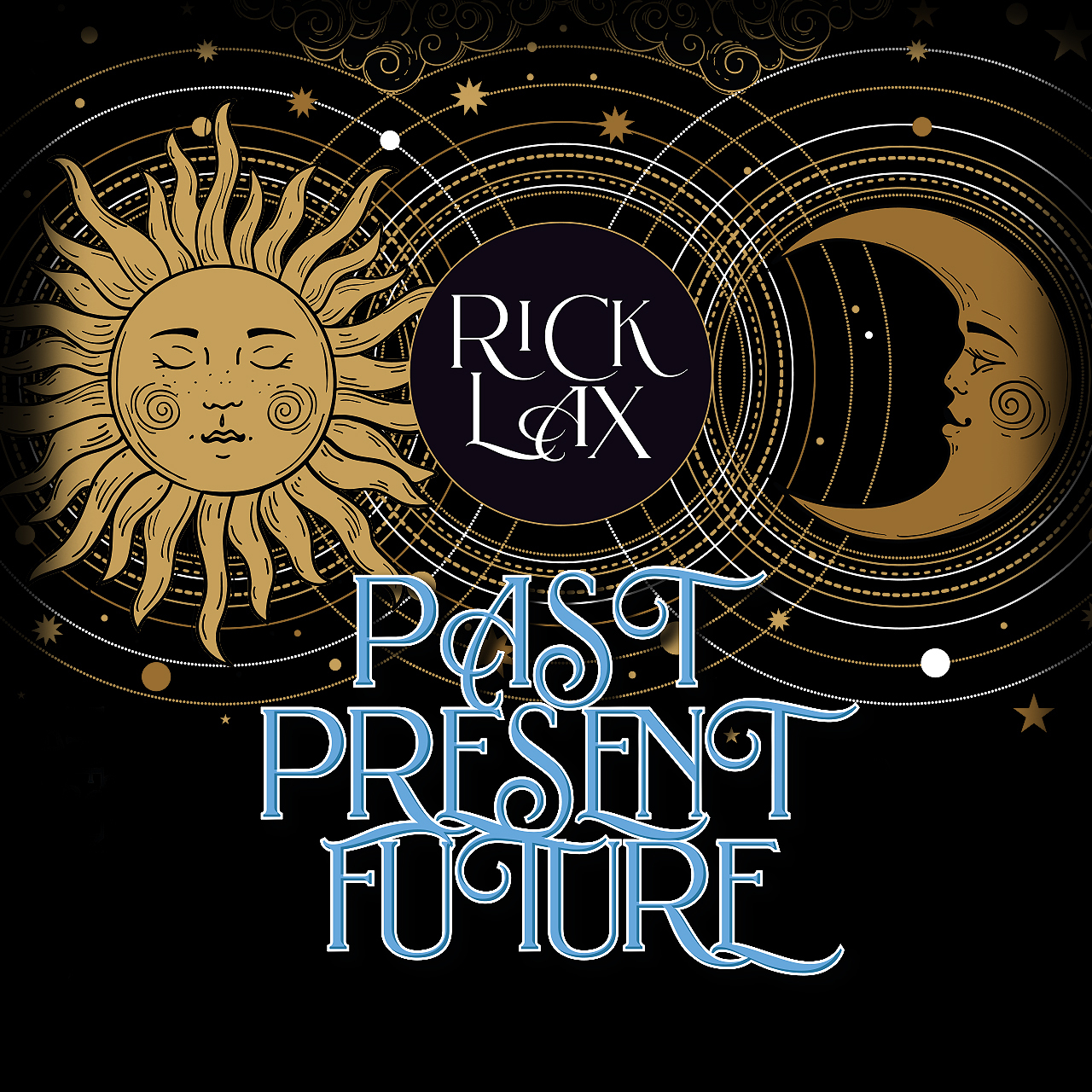 Past Present Future by Rick Lax

"The most powerful trick I've ever created" - Rick Lax

"This is a killer routine." - Oz Pearlman

"People will believe this is something you can really do." - Justin Flom 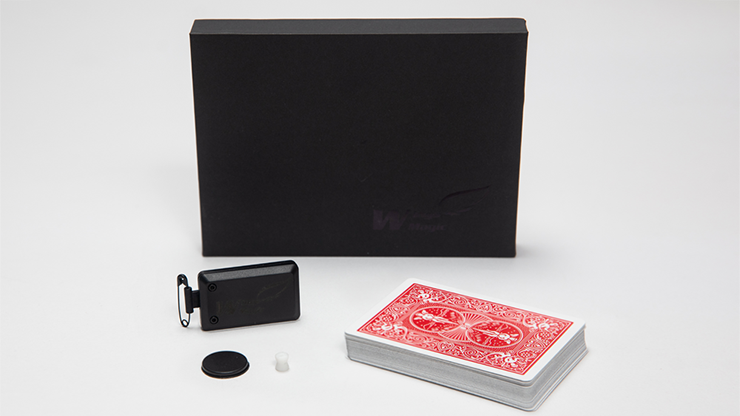 
Haunted deck is one of the strongest card effects you can do - if you can shuffle the deck freely, spread it, dribble it, then place it down for the astonishing moment.

Previously, a handling like the one described above will require you to master the subtle art of invisible thread, which is not that easy. You also face the risk of...

This is the jumbo cards edition of 'WOW' the magic beloved by magicians all around the world!

Experience the new visual that only jumbo cards can bring.

In the instruction video, how the jumbo cards are managed in the promotion video (an easy way to do a 'double lift') is explained. 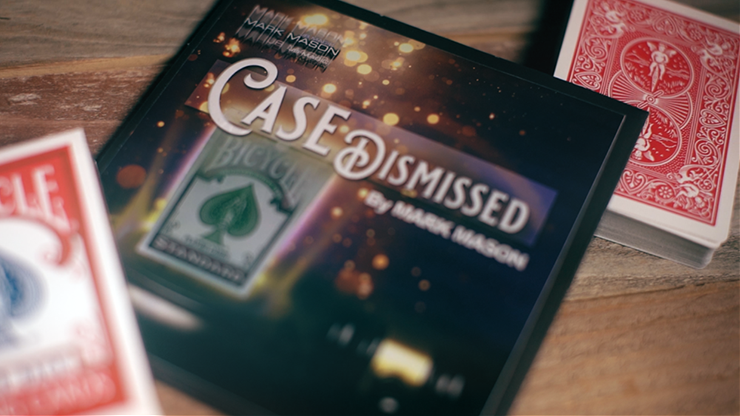 A BRILLIANT OPENING EFFECT. It looks so magical. Never remove your cards from the box, Just make the card case DISAPPEAR!

This hand-built gimmick is creating a real buzz around the magic world.

BOND, mentally BOND with your spectator!

Utilizing two sets of 5 (or 6) cards, your spectator's chosen cards exactly match the order of YOUR face down cards.

Remember the first cooperation between Henry Evans and Card-Shark? It was the Daredevil Deck, a very diabolical trick deck, praised by professionals, as it crushed the limits of Marked Decks at the time.

Now, this new effect was not created by Henry Evans but by his friend Arsenio Puro from Spain. Why are Henry and Card-Shark presenting... 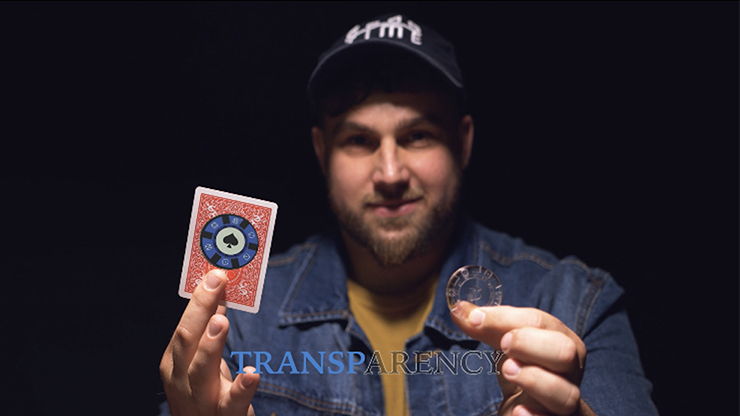 
Transparency is the association of two magicians and creators, Alexis Touchard and Axel Vergnaud, you will learn in the online instructions three main routines that are super visual in which a poker chip becomes clear, you can find the corner of the spectator's card, remove the color of the poker chip to find it on the back of... 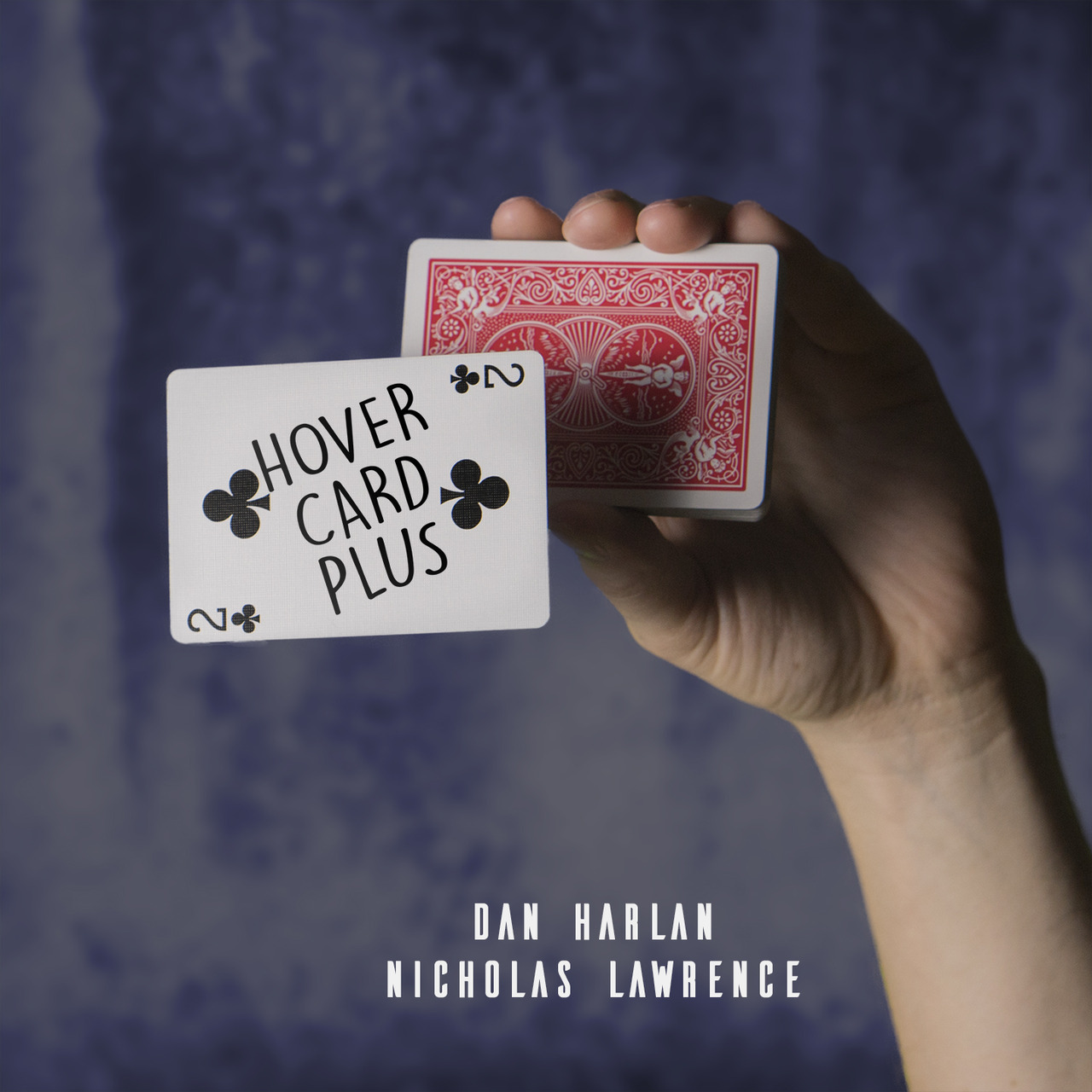 "Stunning visuals and an absolutely brilliant method. This takes a classic many of us are familiar with and truly catapults it to another level!! Had me saying how in the h#%&??" -Oz Pearlman

"At first I thought Nick was showing me an old standard, and then I lost my mind when he handed me the card. Brilliant update." -Erik...

A freely chosen card vanishes from the deck.

The deck then turns completely blank while their chosen card appears wherever you want.

This sounds crazy, but watch the trailer. There is no switch happening. This is like our Award Winning effect Get Sharky, but with this extra twist where the deck turns completely blank.

Show a playing card front and back. instantly and visually change it in into a dollar bill just like real magic -the best part is after the change the bill can be handed out for examination without any switches -you'll end with an ungimmicked bill!

This is a great, clever concept to change a card into a bill, lottery ticket, cinema... 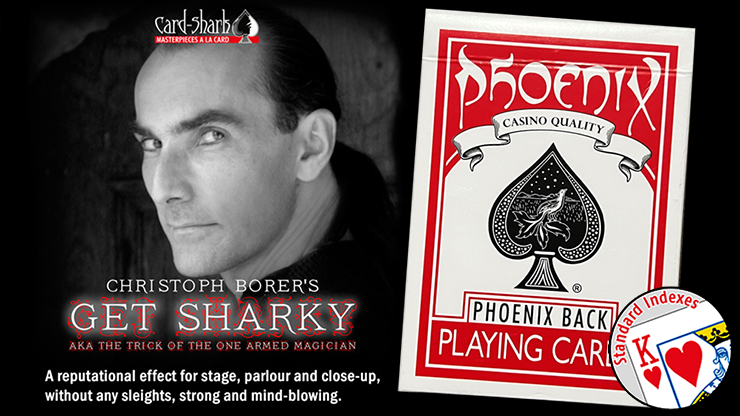 
The Award Winning effect that is our Bestseller for over 10 Years.

The magician explains that he is going to show a trick that was performed by a famous one-armed magician. To demonstrate he places his right hand in his pocket. With his left hand he holds up a deck of cards and instructs the spectator to peek at any card he likes.

Kicker Changing Deck is the color changing deck for your daily use!

Imagine a freely selected card placed in between a pair of cards. The 3 cards are shown front and back and the middle card changes color (from blue to red).

Now take off the selected card from in between the... 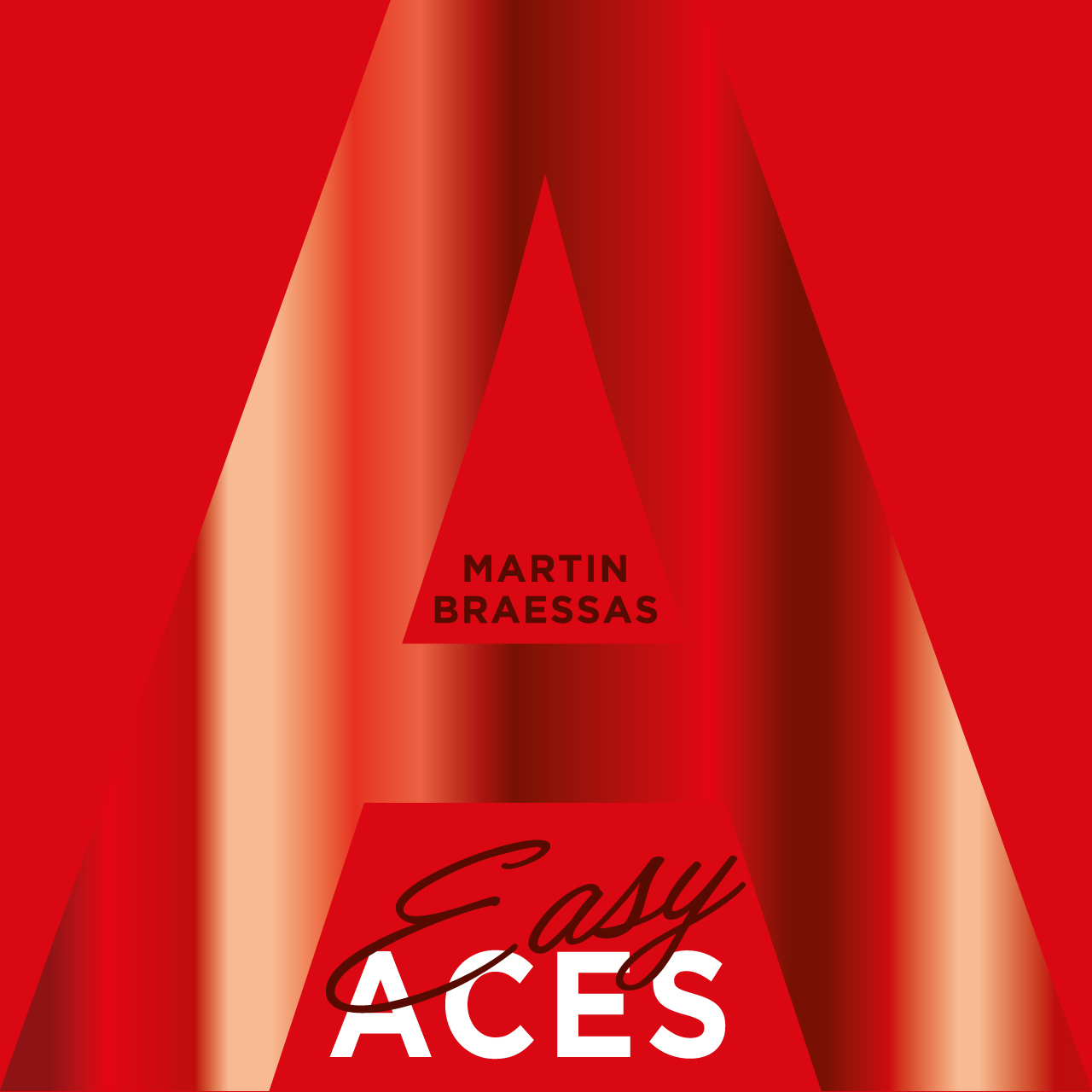 After a spectator GENUINELY shuffles, you find the 4 aces in a DAZZLING demonstration that makes you look like a card master, and it's SUPER EASY to do!

Cards are shuffled face up into face down by the spectator, and the magician produces the aces as easy as snapping their finger. No rough and smooth. No short cards. No difficult...

The E-Wallet is every wallet for every occasion. It is the worlds first modular wallet meaning that you can take and take away different elements from the wallet depending on your situation.

This can be used as a peek wallet or a no palm card to wallet that...

Queens Through The Table by Dominique Duvivier

A new approach to cards through the table!

The effect is totally amazing, the Queens travel in a very clear way and pass one by one through the table!

We offer two versions of this trick.

The first one requires absolutely no sleight of hand and relies on the devilish ingenuity of using special cards. This is ideal... 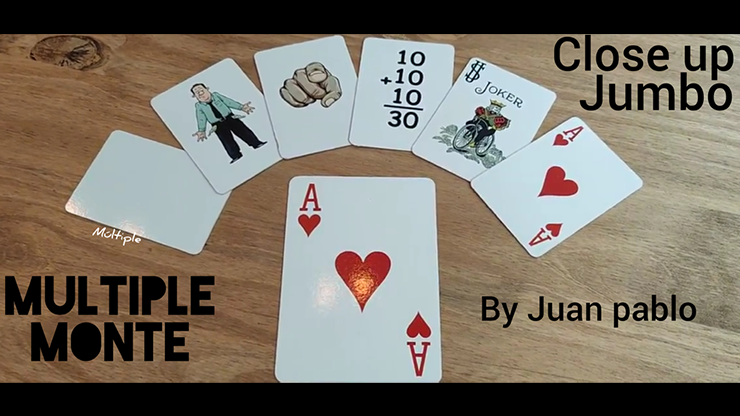 
Multiple Monte is a super visual and excellent "three card monte" routine composed of three phases and with an unexpected and very funny ending.

Multiple Monte includes the possibility of giving this routine three different endings so that you can choose which ending to use in your presentations. 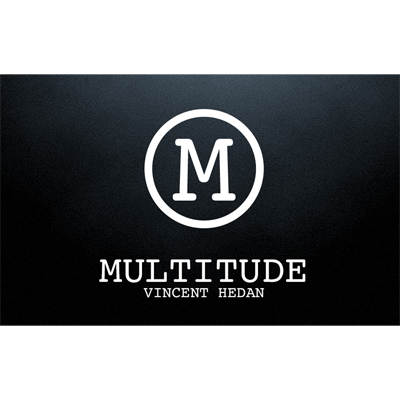 Multitude unveils the amazing principle of the Multieffect deck, a forgotten principle over 100 years old. You will learn 16 unbelievable routines that have been part of Vincent Hedan's professional repertoire for years. 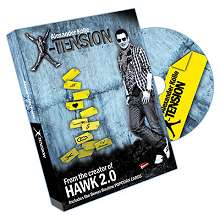 A deck of cards are introduced to the spectator and a business card of Alexander: The Crystal Seer

The performer explains that one of the cards is completely different to the rest and it is up to the spectator to guess, out of 52 cards, where it is.

A couple of clues are given and the spectator thinks of a number. Then... 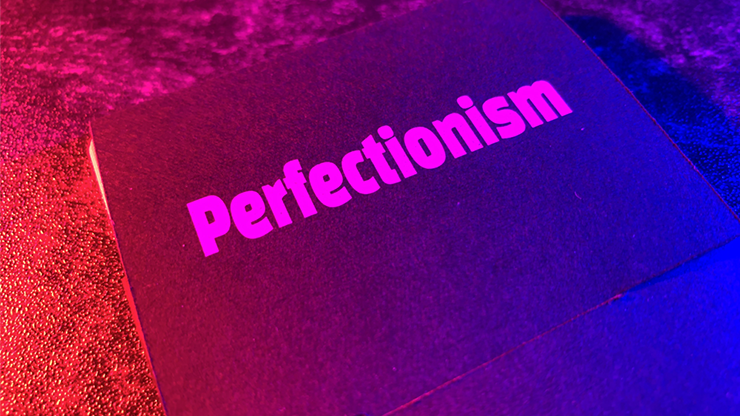 Show the audience two packets that are cut in half.

The audience selects one card from each...

Tried and tested by Trevor Duffy for over 30 years, this method of Diminishing Cards has always been a favorite for kids and family audiences!

Made to the highest standards for the professional performer, this product has been designed for ease of use and optimum efficiency. 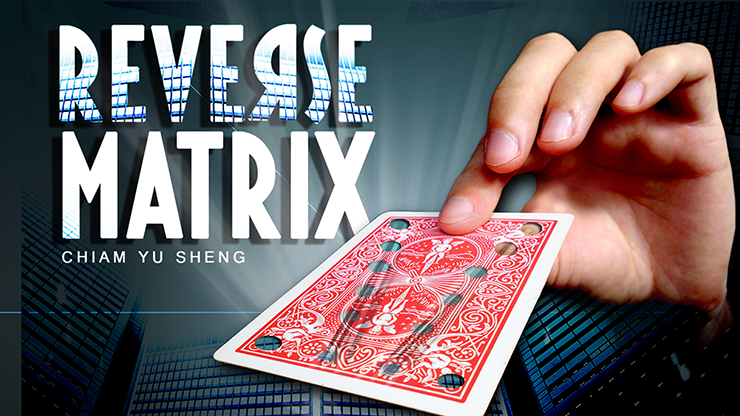 A card is selected and may be signed. Next, a hole is punched in each corner of the card. Magically and visually you slide 2 holes -through the middle- all the way to the other end, so all 4 holes are now sitting in a row - with just a slight shake the holes visually travel...