What, Where, When and Why by Vulpine

A powerful card trick, that's not really a card trick. From the minds of Adam Wilber and Justin Miller.

THE WHAT, WHERE, WHEN & WHY WALLET

A great opener for any strolling environment. This is a visual and surprising routine that's extremely easy to perform and hits the Pack Small Play Big mark. Can be performed...

The Poliza by Adrian Vega

"I just want to say Bravo! Adrian has taken this classic plot as far as it can go - with a beautiful concept and handling for a new, surprising finish people will love!"
- MICHAEL AMMAR.

There are a lot versions of this effect out there, but none like this!

Imagine taking one of the most performed card trick...

Squid Cards bring the traditional ESP deck to a new and exciting audience.

With over 150 million households watching the biggest TV show in Netflix history we have created instantly recognizable symbols and business cards that allow for creative presentations never before seen.

Included along with the deck of 27 specially... 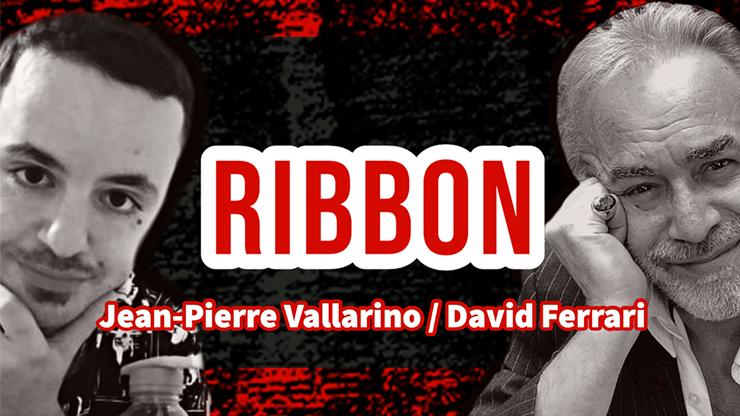 
1. Give the viewer a prediction
2. Make a ribbon
3. Ask the spectator to choose a number
4. Count to the number chosen...

After several months of work in collaboration with David Ferrari to refine this trick, Jean-Pierre Vallarino presents you with a totally surreal effect and never before achieved in such conditions!

A Do-as-I-Do effect that could not have happened!

The performer and a spectator freely select cards from packets that they each hold. Each time the cards are a perfect match. But in the end the audience is left with blank amazement! With influences from Patrick Page and Roy Walton, this is one you will keep!

This card is magic!

It transforms everything it touches!

Prepare to be bluffed!

"This simplified version of The Extraordinary...

20 years ago, a ground breaking switch hit the magic world that left magicians rubbing their eyes in disbelief.

Mark Mason along with Mak Magic introduced Switch-A-Roo by Russel Niedzwiecki. It really was the talk of...

"Among the purest, prettiest, most impossible card effects I've ever seen. Joshua Jay has a gift for creating neo-classics. And this will be the next one."
- Rune Klan

"It's not often a performer chooses to release material that is strong enough to close a show and elicit standing ovations. Joshua Jay is...

Gimmick that will surprise the viewer with an incredible visual movement of ink on the playing card - the magician lets the viewer choose any card, the viewer remembers the card, then he kneads the selected card in the deck, then takes a marker and draws strange ink shapes on the card's shirt. after that, magic happens that makes the...

Visual gimmick that allows you to move X around the playing card as well as to other places. The magician gives the viewer a card to choose (no force) after that, the magician lose a card in the deck

Next, on the top card of the deck, the magician draws a cross (X), then the magician magically moves the cross on the card, after which...

One of the most impressive plots in magic is the "Card Through Window" that you've probably seen performed by various celebrity magicians on their TV shows.

CTW is a new, diabolically clever principle within this plot and allows you to perform this very same powerful...

Juan Tamariz is undoubtedly one of the greatest magicians to ever live. His teachings and unique philosophies have helped shape multiple generations of magicians. Simply put, when Juan Tamariz speaks, you listen...very closely.

That's why, when Juan Tamariz lectured at the 2018 Magifest Convention, it was truly a once-in-a-lifetime...

Switch a random card to your spectator's signed card, vanish a card, transform a card to another object. These are just few things that you can do with SWITCH envelope.

BUT what really makes SWITCH standout is its ability to let spectator take the card out from the envelope and also, look inside it.

Selfie sticks are daily elements for everyone, reason why the magic effect it is even more amazing.

Take a picture with any spectator after freely choosing and signing a playing card. Ask the spectator to lose the card in the deck and shuffle it.